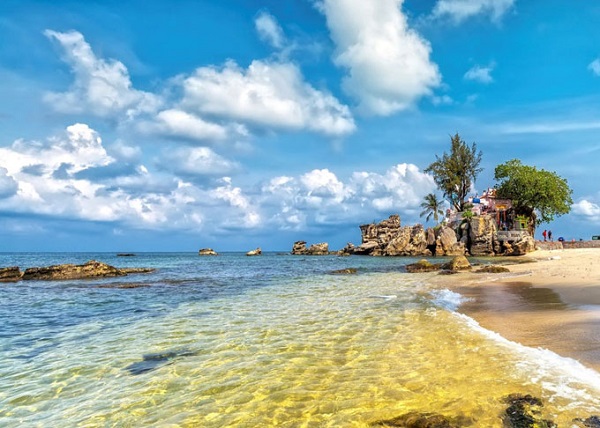 Planning a trip out of Singapore? You may think that travel insurance isn’t really necessary–what are the odds that you’d need it? As a matter of fact, there are many situations where you may find yourself very thankful for the added peace of mind, especially when it comes to coverage for medical expenses incurred abroad.

Before you travel to these countries, consider buying a travel insurance plan to make sure you have support in case you need it.

Taking a trip to the booming metropolis of New York City or the charming cities of Switzerland? Don’t let the tall skyscrapers, low crime rates, and first-class hospitals fool you into thinking you don’t need extensive coverage for medical expenses.

As it turns out, you may find yourself most grateful for a travel insurance plan with a high medical cover when travelling to places you may not think there’s a high risk of getting hurt. This is because medical treatment may cost exorbitant amounts of money in your travel destination, and your health insurance won’t cover you while you’re overseas.

You’ll also want to keep currency exchange rates in mind as you estimate potential medical costs should something go wrong while you’re abroad. For example, if the euro is performing very well against the Singapore dollar during your trip, what may be a moderately-priced hospital visit for even uninsured locals in Germany could end up costing you quite a lot.

AXA in the UK conducted a study in 2013 of the cost of medical treatment in different countries. These procedure costs reflect the average estimated cost of three of the most common health claims abroad: ear infections, gastroenteritis and broken bones following a slip or a fall.

The United States is a leading example of a country where you definitely don’t want to get hurt without travel insurance that provides solid coverage for medical expenses, as medical costs in the USA can eclipse those in other countries–even Singapore, where getting medical treatment isn’t exactly cheap either.

As a rule of thumb, the cost of medical treatment tends to be higher in North America and Europe, and perhaps less expensive in regions such as Southeast Asia or South America.

Expensive Countries to Get Medical Treatment

Keep in mind that if you’re going to a country or a city where it’s very expensive to get medical treatment, your one-night stay in the hospital isn’t the only thing that will cost an arm and a leg. You should also be aware of how expensive drugs are where you’re travelling; if for example, you have an asthma attack and didn’t bring your medication on your trip, you could find yourself paying way more than you might expect for your prescription.

You may also want to consider the likelihood that you’ll have to go to the doctor in your destination country based on how sanitary that country tends to be. Getting Montezuma’s Revenge after drinking tap water in Mexico or food poisoning after eating an off piece of shrimp in Cambodia is not the ticket to a happy holiday–and even less so if you’re reluctant to visit a local doctor due to the expense.

Below, we’ll go through the sorts of things you may want to keep in the back of your mind. If you’re travelling to destinations where one or several of these issues may be a concern, having a travel insurance plan with a high medical expenses coverage cap will help make sure you’ve got a backup in case your precautions are to no avail.

How safe is the drinking water?

As people lucky enough to live in a highly-developed country, we may often take “basics” like safe drinking water for granted. But for much of the developing world–including our favourite exotic vacation getaways–it’s just not safe to assume this.

Here’s a handy guide based on CDC data of destinations where it’s safe to drink the tap water as a tourist, and where you may want to stick to water bottles. As a rule of thumb, you can generally trust the tap water in first world countries: most of North America (excluding Mexico), most Western European countries, Australia and New Zealand, and South Korea, Hong Kong, and Japan.

These are all places that tend to have well-developed infrastructure as well as strong centralized regulatory bodies that ensure the cleanliness and safety of water resources.

On the other hand, we would advise that you act with more caution in much of continental Asia, South America, Africa, and Eastern Europe. In these sorts of places, it may be advisable not only to refrain from drinking the tap water but also to avoid using the local tap water for such mundane activities as brushing your teeth and to be careful not to ingest shower water.

If you go to a restaurant and want to order water to drink with your meal, you might consider requesting boiling or boiled water as opposed to chilled or room-temperature water. But at a certain point, even an overabundance of caution can only do so much. Your food, for example, will still be prepared with the local water, and you may be more vulnerable to bacteria that locals may have developed a tolerance to.

How safe is the food?

The safety of the food we eat is another thing we may take for granted. Keep in mind that the standards of hygiene for food preparation may be different in your host country. This goes not only for possible bacteria in your food but also the cleanliness of the environment where your food is prepared.

In some countries, for example, it is common for restaurants to reuse the same cooking oil to prepare food all day. In others, restaurants may not be inspected as frequently or as rigorously to ensure they meet centrally-regulated standards for hygiene.

To be sure, there’s definitely a balance to be struck here. Being excessively paranoid about your food is a great way to completely miss out on experiencing the best, most authentic cuisine your locale has to offer. But there are a few common-sense precautions you can take. Wash fruit before you eat it in water that you know for certain is clean.

If the country you’re visiting regularly rates restaurants for how they meet hygiene standards, it’s probably advisable to patronize those that have received the highest ratings — and perhaps give the ones that receive a grade of “C” a miss. While some of the tastiest food can be found in hole-in-the-wall spots, you also don’t want to be laid up with food poisoning during your stay.

Though data is relatively limited on comparative food safety worldwide, the Conference Board of Canada’s Centre for Food in Canada in collaboration with the University of Guelph’s Food Institute ranked 17 countries for their performance on food safety. Here is their ranking of the countries with the best food safety in the world.

Similarly to the previous section on drinking water, take your cues on how vigilant you should be from how developed your destination country is. And if you are determined to sample the local street food at some point during your visit, it’s recommended to wait at least a few weeks before doing so, to give your body time to adjust to the local cuisine.

Is it safe to swim?

Checking out the local beaches or lakes is one of our favourite things to do on holiday. That being said, if swimming in your destination country is on your agenda, be sure to scope out the various risks that may be involved. The dangers that immediately spring to mind are obvious: sharks, box jellyfish, snakes, riptides.

It’s a good idea to be on the lookout for local danger advisories about these risks. But there’s more to consider. Waters that are highly polluted with sewage or chemical or radioactive waste should also give you pause before you wade in. Mumbai, India is one example of a location where the local beaches are so polluted with sewage and other sorts of waste that we would definitely recommend that you stick to the chlorinated waters of your hotel’s swimming pool.

Finally, it may also be advisable to be wary of wading or swimming in freshwater as well, as freshwater bodies can sometimes host dangerous microbial bacteria or germs that could cause schistosomiasis and leptospirosis, among other issues. Perhaps don’t swim if you have any open wounds, cuts or abrasions, and be sure not to swallow the water.

The Center for Disease Control (CDC)’s web page on travellers’ health is a great resource to use to look up destination-specific health and safety tips or warnings. And fortunately, a good travel insurance plan will have your back in case something does go wrong.

Is there a risk of infectious disease?

Before travelling overseas, definitely, make sure to check to see if your destination country poses any significant risk of infectious disease. If that’s the case, it’s advised to get vaccinated against the most dangerous sorts of diseases, such as typhoid, malaria and yellow fever.

In general, tropical locations with lots of standing water and insects to spread infection tend to be more dangerous in this regard. And don’t assume your travel insurance plan will cover you if you fail to take sensible precautions before travelling somewhere that is experiencing an outbreak of infectious disease or an epidemic.

As we reported in a previous article about travel insurance coverage of Zika virus, insurers may reject claims you make for medical expenses if they determine that you should have known better than to take those risks or did not take appropriate measures to prevent contracting disease.

The CDC, as well as other online resources, is chock full of helpful information about which countries are the most dangerous for travellers from the standpoint of infectious disease. Know, however, that if there is a sudden outbreak of infectious disease that you could not have anticipated in the country you’re visiting, your travel insurance plan will cover the cost of medical treatment up to the limit specified in your policy. 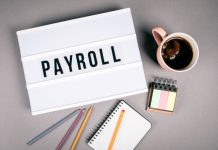 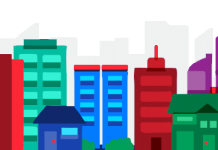 How To Pay Off Your Student Loan Faster

Health Tips To Protect Yourself From Breast Cancer

Personal Financial Advisor : Why You Should Engage One