Home Plan Debt Why Banks Are Waging a Mortgage War, and What It Means for... 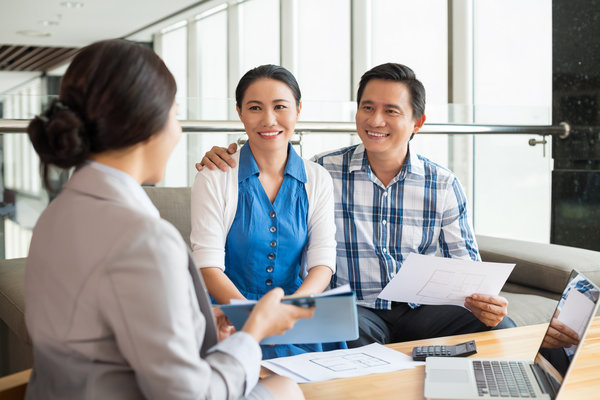 According to a Business Times report, there is a “mortgage war” being waged among banks in Singapore. An increasing number of banks are beginning to offer 3-year fixed rate packages, now with HSBC and UOB joining the flank to match DBS’s leading rates. Others have yet to follow, but it’s too early to rule them out. Why is this happening? And is this really a good development for Singaporean homeowners? We examine the facts here one by one.

Indeed, these recent developments do represent an increased competition among banks, and therefore a change that is beneficial to consumers in Singapore. But what are the banks’ motivations in capturing more market share at the cost of potentially lower margins?

The first clue lies in the real estate market. According to the Urban Redevelopment Authority, the number of private homes sold just reached the highest level since 2013. More home sales mean more customers looking for a mortgage. And banks are particularly interested in wealthier customers who are buying private properties that tend to be more expensive than HDBs. Given the luke-warm real estate market in the past few years, the rapid increase in private property transactions recently seems to be a rare opportunity for banks to capture high-value wealthy customers, especially as private property transactions are expected to continue increasing next year.

Rates are going to keep rising

But, the increased demand for home loans alone doesn’t fully explain why banks are so willing to compete on price. We’ve written previously about how the rise in interest rates puts banks’ profitability is under pressure. To summarise, it basically discusses how rates push banks’ costs upwards more quickly than their revenue. In response, banks have been charging higher fees in order to offset their lower interest margin. This has a significant implication for banks and their operational strategies going forward. In face of the inevitable rate hikes and squeezed interest margins, banks have to increase the number of customers as quickly as possible in order to continue growing their business through growth not just in volumes but also in fees and commissions. In other words, they are sacrificing a bit of what they are going to lose anyways in order to capture more of what they need.

In our view, this is likely one of the biggest reasons why HSBC and UOB have upped their games in the mortgage. By providing the market-leading home loan offerings, they hope to attract more customers from other banks and enlarge their customer base to whom they can eventually charge more commissions on value-add services and potentially even cross-sell other products like savings accounts and renovation loans.

As the Business Times article describes, banks’ chief way of attracting new customers has been to offer cheap fixed rate home loans. As savvy readers may already have guessed, they are doing this precisely because interest rates are set to rise over the next few years and consumers rush to refinance their home loans. When rates are about to rise, fixed-rate home loans can be much more economical than floating rates because of they lock-in your rates for up to 3 years, and thus protect you from the increase in market rates. To illustrate, we’ve considered different time periods since 2001 when rates were rising: in each case, fixed-rate mortgages ended up saving thousands of dollars for the borrower compared to floating rate. With these products, they are hoping to encourage new homeowners to take their packages and existing homeowners to refinance their loans.

By matching DBS’s 3-year fixed rate packages, HSBC and UOB are giving consumers more options they can use to lock-in currently low-interest rates for the next 3 years before rates go up even higher. This is certainly a boon for the public, though rising rates mean that they likely won’t start a “rate war” where they are lowering interest rates to compete. If you’ve taken out a home loan in the last 2-3 years, therefore, we highly encourage you to start considering different refinancing options soon. And when you do, look for options that lock in your rates for as long as possible. Other floating rate packages may appear cheaper now, but their rates aren’t guaranteed and can escalate as soon as SIBOR starts to move upwards again. And given its historical behavior in regards to the US Treasury rates, it most likely will go up. Refinancing now with a fixed-rate loan can help protect yourself from this risk for the next 3 years when you can potentially refinance again should rates continue rising from then on.

How Central Banks Move Interest Rates – And Why Investors Should Care

6 Not-So-Obvious Tricks to Save Money

How to Plan and Save For Retirement In Singapore