Home Countries Singapore Is It Worth Refinancing Due To Falling Interest Rates? 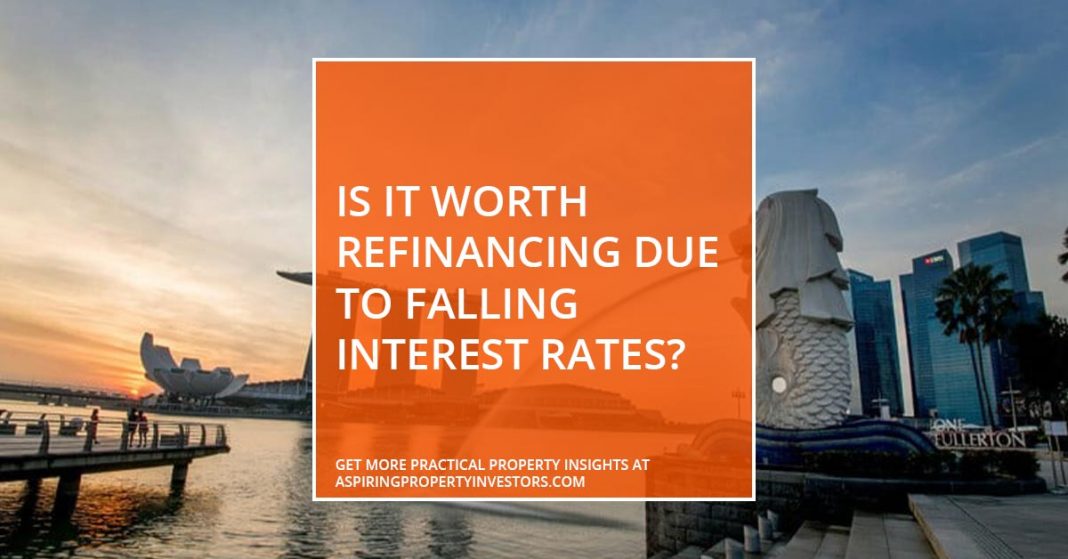 Due to the Covid-19 outbreak, the United States Federal Reserve has cut interest rates to near-zero (I have discussed this in a previous article). This has a knock-on effect in Singapore, and our home loan rates are also starting to fall. At the time I’m writing this, it’s possible to secure a home loan for only around 1.1 per cent per annum. To get the best rates for refinancing, compare the best rates here.

All these are great news for first-time home buyers. But if you currently have a property, or just bought one, you may feel like you’re missing out on the low rates. This leads to the question: is it the right time to refinance?

Let’s take a closer look at the situation:

A QUICK EXPLANATION OF REFINANCING

Refinancing is the process of transferring your home loan from one bank to another. For example, let’s say you currently have a home loan from Bank A and want to refinance to Bank B because they have a lower interest rate.

Bank B will then pay off your home loan to Bank A. After this, you then make home loan repayments to Bank B, which charges you the lower rates.

The banks don’t mind doing this at all, and it’s quite a routine and established process.

Note that at any point in time, only two or three of the banks will have the best rates – so it’s quite common for homeowners (and especially investors) to track the rates, and refinance to keep costs low.

HOWEVER, THIS DOESN’T MEAN YOU SHOULD ALWAYS RUSH TO REFINANCE, JUST BECAUSE YOU SEE SLIGHTLY CHEAPER PACKAGES

Here are a few factors to consider:

Will you suffer any lock-in penalties?

Do the savings from refinancing make up for the cost?

Is repricing a cheaper option?

What are the long-term costs of your new package?

Has your credit or income situation changed?

1. WILL YOU SUFFER ANY LOCK-IN PENALTIES?

Some home loan packages have lock-in penalties, typically lasting around three years. If you attempt to refinance during the lock-in period, you’ll be charged a penalty – the norm is 1.5 times the outstanding loan amount.

I’ll keep it simple and just say that the lock-in penalty is never worth paying. If you have one, just wait till it ends before you refinance.

Note that if you have a fixed rate home loan, you are always locked-in for the duration of the fixed rate. This is definitely something to consider, the next time you’re tempted to get a fixed-rate loan.

2. DO THE SAVINGS FROM REFINANCING MAKE UP FOR THE COST?

There are various costs associated with refinancing, besides lock-in penalties (see point 1).

There are conveyancing fees for the law firm involved, for instance, that are between $2,500 to $3,000. There may also be breakage fees – this may happen if you have a three-month SIBOR rate loan, but refinance between those three months. This is in addition to various other administrative charges, from both banks involved.

The new bank may also ask that you pay for a valuation of your property if it’s been some time since you bought it (10 years or more since the last valuation). This can cost anywhere from $500 to $700.

You need to decide if the fees are worth paying, given the potential savings. For example, say refinancing would cost $3,000, but reduce your payments by $100 per month. It would take you two and a half years to make up for the refinancing costs, after which you’ll start saving.

You’ll have to decide if this is worth the upfront costs to you (e.g. if you happen to want to sell the house in two years, don’t refinance in that situation!)

If you’re not sure, drop me a message and I can help you work out the numbers.

The reason I bring this up is that a lot of people have one or two “free repricings” in their home loan package, that they don’t understand and never use.

Repricing is generally cheaper; as little as a few hundred dollars, compared to a few thousand dollars to refinance. Also, check your loan package details – many home loan packages issued in the early to mid-2000s have free repricing as a feature. They may allow you to switch to a cheaper package once or twice, at no cost.

4. WHAT ARE THE LONG-TERM COSTS OF YOUR NEW HOME LOAN PACKAGE?

There is a general pattern to most home loans; they will be cheaper in the first two to three years, and then rise significantly in the fourth year and beyond.

When you refinance, don’t just look at the first three years, which may be cheaper. The eventual cost of the loan (fourth year and beyond) may be higher than your existing loan package in the long term.

Bankers will sometimes tell you not to worry – you can refinance again when the rate increases. I’d take that with a grain of salt. First, you would need to pay the costs of refinancing all over again (See point 2), which may not be worth it.

Second, who knows what loan rates will be four or five years from now? For all you know, there won’t be anything cheaper to refinance into, and you should have just kept your existing package.

So look at the final cost, don’t just keep chasing the teaser rates in the initial years. Again, feel free to reach out for help; you can contact me.

5. HAS YOUR CREDIT OR INCOME SITUATION CHANGED?

When you refinance, you need to go through the whole process of qualifying for a home loan again. The new bank needs to check your income, credit score, work out the acceptability if your age and loan tenure, etc.

If your income has been reduced, or you ran into some credit issues, it’s possible that you won’t be able to borrow as much as you once could. In these cases, refinancing might still get you a lower interest rate – but with a lower loan quantum, which means you’ll end up paying more each month.

INTEREST RATES ARE DROPPING, AND IT’S GENERALLY A GOOD TIME TO REFINANCE FOR MANY HOMEOWNERS

However, go in with both eyes open. Refinancing isn’t universally a good deal for everybody, and it varies based on each home owner’s situation. Take your time, work out the numbers (or get me to walk you through them), and don’t make hasty decisions. 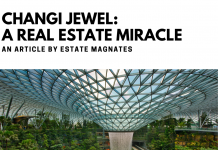 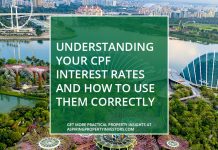 When Women Earn More Than Men In a Marriage

Credit Habits To Start Immediately In Your 20s

Business Growth Strategy: Where Do You Start?

The Advantages of Moving to the Suburbs