Home Spend Property Most Expensive Homes: Singapore vs Cities Around the World 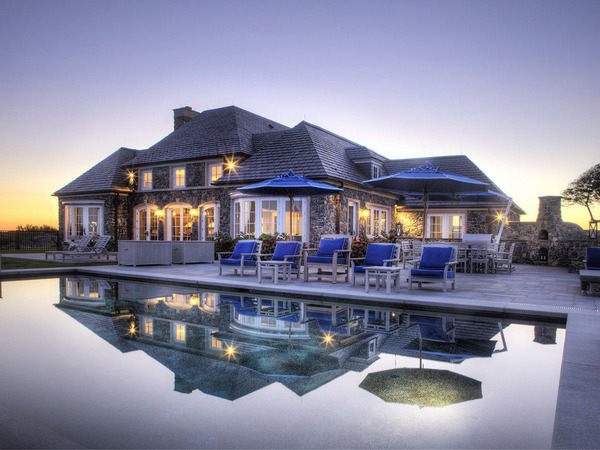 We searched for the sale price for the most expensive residences by neighbourhood in each of the five cities using each country’s respective prominent real estate websites: Streeteasy for New York, Rightmove for London, Naver Land for Seoul, Hongkonghomes for Hong Kong and 99acres for Mumbai. For New York, the search was limited to Manhattan districts. Homes for each city were ranked based on 1) price (in USD) and 2) price per square feet which was calculated by dividing the price by the saleable area of the home.

Mumbai was the cheapest at S$518, with Seoul being 50% more expensive around S$789 per square foot. The difference between Hong Kong and Mumbai was massive, with HK’s average price being more than 10x higher than Mumbai’s.

Average USD/Sq Ft for Most Expensive Homes by City

Similar to Singapore, the most luxurious homes in the five cities varied significantly by neighbourhood. The spreads between the lowest and the most expensive homes were as large as $90 million dollars in Manhattan where prices ranged from $575,000 to $96 million.

Seoul, also known as one of the most crowded cities in the world, actually had the smallest spread between $589,996 to $16 million dollars.

Avg Sellable Area for Most Expensive Homes by City

Singapore Residence Prices Among the Top

Luxurious homes in Singapore were just as expensive as those around the world. The priciest property of Singapore in Orchard/River Valley cost over $74 million US dollars, which would rank as the 3rd on our most expensive homes list behind Manhattan and Hong Kong. Price per square foot told a similar story. The Boat Quay/Marina area property which cost around $10,000 USD per square foot would also come third just behind again Hong Kong and Manhattan.

The difference of price per square foot between Boat Quay/Marina property in Singapore and the most expensive property in Lincoln Square in Manhattan was within a $1,000 US dollars, extremely close. If one is looking to invest in her dream house with all the luxuries and extravagance, you should not rule out those in Singapore or any of these other cities.

You should be careful, however, because buying one of those homes will certainly require some assistance from bank home loans: while home loans can be helpful, borrowing too much to buy a home can expose you to unnecessary risk if and when housing prices fall. Since we’ve already showcased the most expensive homes in Singapore last week, here we take a look at a few international options to see how high these homes sell for.

Lenox Hill, Manhattan: The Most Expensive Home You Can Buy!

The most expensive home of the five cities was found in Lenox Hill, Manhattan. Sold at a staggering $96 million dollars, one can enjoy the beautiful view of Manhattan’s landmarks with Central Park to the west and the Empire State building to the south.

Covering more than 12,000 square feet, the Lenox Hill Co-op spanned across two floors with everything one might expect from a luxurious Manhattan home.

A close second was in Repulse Bay, Hong Kong. Priced at $87 million dollars, the British-style townhouse fashioned a combination scenery of the beach, trees and the city. The saleable area was much less than the Lenox Hill property at only 4,101 square feet.

This seems to be the general trend, with most expensive homes in HK spanning only 2,100 square feet on average vs their counterparts in Manhattan spanning about 3x that size. The Repulse Bay home ranked among the top five in terms of size among the priciest choices in Hong Kong and includes all the luxuries such as private pools and outdoor party space.

The apartment ranked third in terms of listed price but had a small saleable area of 1,390 square feet which translated to $32,448 per square foot. This figure was more than double the price per square foot of the second most expensive home located in Manhattan.

Second place went to a property located at Lincoln Square in Manhattan. Located on the East side of Central Park, the Lincoln Square condo was the fifth most expensive home in Manhattan at $59 million dollars but had the smallest size at 5,278 square feet. This translated into $11,178 dollars per square foot.

Although there were homes with almost twice more space at prices on either side, the entire Manhattan skyline and Hudson River sunsets views were enough of a premium for the luxury in such a prime location.

Structured Products 101: The Basics & All You Need To Know