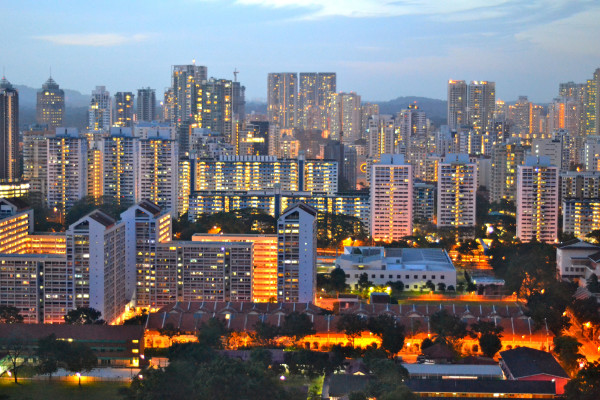 Buying your own place to live is probably going to be the biggest expenditure you will ever have to make in your life. On the other hand, purchasing a newly built HDB flat also means that you only get a lease on the property for 99 years instead of actually using it, after which you supposedly must return the property back to the government. But what if you could live in your HDB flat for free? Although it won’t be completely free in its purest sense, there’s a nifty method that could more than offset the total cost of “owning” a home in Singapore, albeit over a long period of time.

Get a Home Loan Twice

An average homeowner typically makes a 20% downpayment on his house, and finances the rest with a housing loan from a bank. Then, he would spend the next 25 years repaying the loan, after which he would either own 100% of the house or sell it in the market.

While selling the flat to move to a better location is a sound option, merely holding on to the flat without any debt is actually not the best idea. The main reason is that you don’t actually own the HDB flat. Even if you were to keep the place until you and your spouse pass and your children inherit it, it will have much less utility (and therefore value) left in it.

Instead, if you’ve paid off your home loan and plan on living in it for the rest of your life, then you should seriously consider refinancing your home again with home equity loan. This allows you to borrow at low interest rates by using your ownership of the flat as a collateral. Only this time around, you don’t have to use the proceeds to pay for a home purchase, since you already owned all of it. Again, you will spend the next 25 years repaying this new loan. If your home cost S$500,000 initially, doing the above should cost a total of S$776,680, including interest payments over 50 years and the downpayment. But how could incurring all of these costs possibly be equivalent to owning a HDB flat for free? It’s because the 2nd loan allows you do other interesting things with the money to more than offset total cost of home ownership, even while helping you stay at your beloved house.

Invest the Proceeds of the 2nd Loan

To explain why investing is such a powerful concept, we need to introduce the concept of compounding. To put it simply, compounding just refers to the mathematical concept that x% return on a dollar balloons over time as the return is applied on a bigger amount each year. To put it differently, two people investing same amount of money with same returns can have drastically different results depending on their investment horizon, as we showcase below.

Luckily, there are a lot of venues for investors to generate even higher returns than 5.5% per year. For example, investing in a well diversified portfolio of stocks have historically yielded 8-12% of annual return. More recently, many crowdfunding platforms like Funding Societies and Moolahsense have been known to provide similar (if not higher) returns while minimising their default rates to 1-3%. As you can see in our graph above, generating 8-10% per year for 25 years could actually help you make a net profit of million dollars or more after paying for the cost of your home and 2 home loans you had to pay for 50 years.

As with anything, there could be many counter arguments to this method. For example, one could easily question the plausibility of refinancing your home at the same value as your purchase price could be questioned. However, we believe that this risk can be relatively offset by purchasing new BTOs, which tend to appreciate in price by 30-50% few years after the purchase, while also ensuring that there is at least 50 years of lease left when you are done with this exercise of refinancing.

Another counter argument could be that one should simply sell the house and invest even a bigger amount to begin with. We think this could be a valid point as long as the homeowner doesn’t need to purchase another place to live in. But, in our opinion, we think our method is a balanced approach that provides both the economic upside and the stability of remaining in one’s own home.

How Working Women Can Achieve A Work-Life Balance

How to Overcome Overspending & Save More Money Fast!

A Step-by-Step Guide to Financing Your Wedding