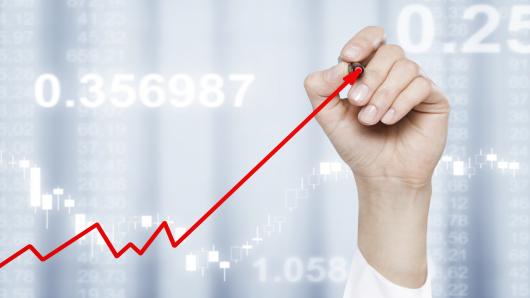 Given that Singapore’s monetary policy is almost solely focused on currency exchange rate stabilisation, further interest hikes expected to come from the US usually means higher rates for Singaporeans too. In anticipation of such at rend, it seems that Singaporean consumers are rushing to finance their big purchases before rates rise further. Below are some of the key trends we observed.

Car Loans Are Increasing for the First Time in 8 Years

According to our study of the household balance sheet in Singapore, car loans have been declining consistently since 2008. After reaching S$17bn in 2008, it nosedived to almost half of its peak to S$9.6bn in 2015. Towards the end of 2016, however, car loans began to grow again for the first time in 8 years.

MAS’s easing restrictions on getting car loans last year may have helped to increase car purchases as well as car loan applications, but we also know that car loans didn’t start growing until December of 2016. Given this, a logical deduction of facts suggests that a significant number of consumers may be rushing to buy cars with cheap car loans while historically low-interest rates are still available.

Our intuition about a rush towards borrowing was further evidenced in home loan trends. For instance, the growth rate of total home loans outstanding accelerated for 3 months in a row from October to December of 2016, which has never happened since 2011.

It seems that this “debt rush” may have had some impact on property prices as well. While property prices declined for the 13th consecutive quarters in Q4, it actually fell by only -0.5% Q/Q in Q4, a substantial recovery from -1.5% in Q3. Not only that, prices for landed properties actually increased by 0.8% Q/Q, compared to -2.7% decline it faced in Q3.

While increased demand for cars and properties is certainly a welcome sign for the economy, the fact that these “positive” trends are largely funded by debt is certainly a concerning phenomenon.

Consumption growth that is being driven by people borrowing money is not as sustainable as one that is driven by income growth. For instance, credit card debt has grown by 5% in 2016, compared to a -1.6% decline in 2015, and is still the fastest growing category of consumer debt in January 2017.

This is a very worrying sign that implies people are spending more on credit cards without necessarily paying down their balance. Sure, credit card rewards can be quite generous in Singapore, but they are in no way significant enough to offset the 25% of the interest that credit cards charge on average on these unpaid balances.

A higher level of debt-funded consumption necessarily means that discretionary spending will be negatively impacted if and when rates rise.

Other loans, which includes personal loans and share financing loans, was the only category of loans that showed the decline in 2016.

Opportunity to Refinance Your Existing Debt

While we cannot wholeheartedly welcome this trend of rising debt & debt-fueled purchases of cars, homes and other goods, we do think historically low-interest rates and upcoming rate hikes do present a great opportunity for consumers to refinance their debt.

Refinancing is a great tool to lower your interest burden, especially if you got your car or home loan a few years ago when rates were meaningfully higher than they are today.

Not only that, if you have been racking up a credit card balance that is snowballing into an unmanageable proportion, you should consider refinancing your card debt with a personal loan or a balance transfer.

These are great tools for you to consolidate your high-interest debt into a lower cost loan with a fixed repayment schedule that you can adhere to on a regular basis.

The Best Mortgage In Hong Kong: Which Mortgage Type is Right For You?

Should We Give Customize Financial Advice for Women?