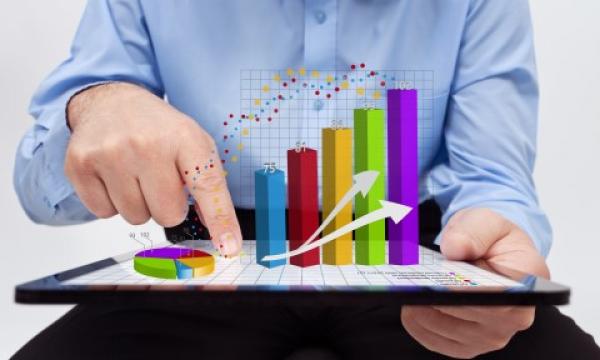 The chart below compares average annual lending rates across the Asia-Pacific region since 1960, where data is available. Current lending rates in Singapore are about average relative to other developed countries in the region. Higher rates are observed in Indonesia and Australia while lower rates can be found in China, Malaysia, the United States and Japan. Lending rates are on-par with those in Hong Kong.

Lending rates by Country, Data used is from the World Bank

As you look at this chart, it is important to understand that we are looking at the average long-term lending rate for borrowers with strong loan metrics like annual income, liabilities as a percentage of income, and liquid assets.

If you are looking for a personal loan or student loan you are likely to find higher annual rates. The reason? Compared to a car loan or a home loan, these types of loans are more risky for banks to hold as there are no hard assets (like a car or home) backing the loan agreement: when you default on a car loan or a home loan, the lender can take your asset away to recover their losses.

In general, lending rates within Singapore have been extremely stable since 2000. The chart shows that this rate stability has not been observed in other Asia-Pacific countries during this time period. One reason for this lending environment stability is the role of Singapore’s Central Bank, the Monetary Authority of Singapore (MAS). They are the only central bank regulating a major economy which uses exchange rates (rather than interest rates) exclusively as their primary economic tool.

Compare this to the United States where Central Bankers meet eight times during the year with the stated goal of analyzing (and sometimes modifying) the country’s interest rate policy and domestic economic trends.

From a borrower’s perspective, a stable lending environment makes variable rate loans more attractive. To explain this, consider the two distinct types of loans which are issued by banks.

Just as the name implies, the interest rate on this type of loan is fixed. This means that interest payments will not change when prevailing interest rates increase or decrease. Fixed rate loans provide peace of mind to borrowers because when they sign on the dotted line they know exactly what their interest rate will be for the duration of the loan. No guesswork is involved.

This is especially true in a low-rate environment like today when locking in a low rate for a long time could be beneficial to the borrower. The downside to a fixed rate loan is that many times banks will issue these loans at higher interest rates when compared to variable rate loans.

A variable rate loan is just the opposite. As the prevailing interest rate environment moves higher or lower, so does the annual interest payment of the loan. These loans are sometimes called floating rate loans.

What determines the underlying interest rate?

The benefit to borrowers using a variable rate loan is that many times banks will charge a lower initial, or “introductory”, interest rate when compared to fixed-rate loans. Therefore, it can be a great option in a stable rate environment where rates are not expected to rise for a long time, or in a declining rate environment where rates are expected a decline for the foreseeable future.

What This All Means

With interest rates near record lows in most of the developed world, there is more risk in rates rising than opportunity in rates declining. The US central bank already began to raise its rates last week, which signals a possibility of a global rate hike in 2017 as other central banks follow suit in order to maintain a certain level of exchange rates.

As such, consumers looking at variable rate loans should read the fine print carefully and ensure they can make interest payments when and if rates rise. A simple way to do this is to conduct a “what if” analysis.

What if SIBOR goes to from the current rate of 0.87% to 2.00%? If the loan has an interest payment which is quoted at a 0.80% premium to SIBOR – this means that your new effective interest rate will be 2.80% (compared to the original rate of 1.67%). Multiplying this new effective rate by the principal will show you the new loan payment required:

Can your budget sustain an SGD 1,130 annual interest payment increase? If not, it is wise to carefully consider the terms of the loan agreement. Many banks will appreciate the fact that you are conducting this type of analysis prior to entering into a loan agreement.

This shows that you understand the risks associated and are serious about your obligation to repay the loan. Work with your banker to see how this interest rate risk can be mitigated, and if you still aren’t comfortable with the terms of the loan see if other banks can accommodate your needs.

7 Proven Ways To Accumulate Your Air Miles in Singapore Fast!

Best Money Advice for Women for the New Year

Keep a Cap on Spending that First Salary