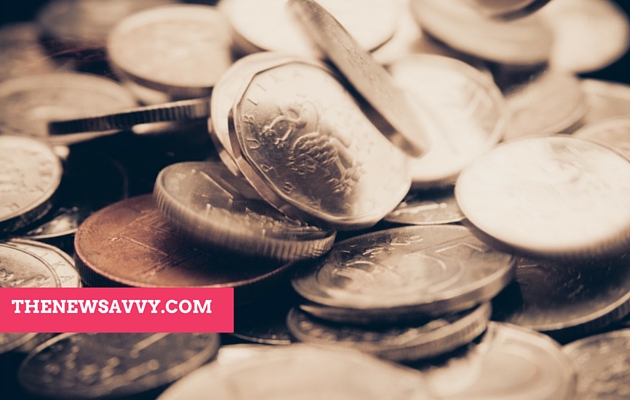 Rich people are doing something right: If nothing else, they’re good at making (or, at least, having) money. So what they do with their money matters to others who aspire to join their ranks.

Here are three things you probably don’t know about rich people, according to the 2016 World Wealth Report, published by global consulting firm Capgemini.

That was up nearly 10 percent from the previous year. By comparison, the number of HNWIs grew by only 2 percent in North America, to 4.8 million people. The Middle East – which of course has a much smaller population – is home to 610,000 HNWIs; and Africa, 150,000 HNWIs.

I’ve talked a lot about the importance of diversification. Keeping your money in different kinds of assets is one of the most important things you can do to build, and preserve, your wealth. And having too much in one asset class (for example, real estate), is a recipe for financial disaster.

The world’s richest people appear to know this and have (on average) a broadly diversified portfolio, as shown below. 24 percent of their assets are in cash, a quarter in shares, 18 percent each in real estate and fixed income, and 16 percent in alternative investments (which include hedge funds, commodities and private equity).

3. Relatively speaking, there are a lot of rich people in Singapore and Hong Kong 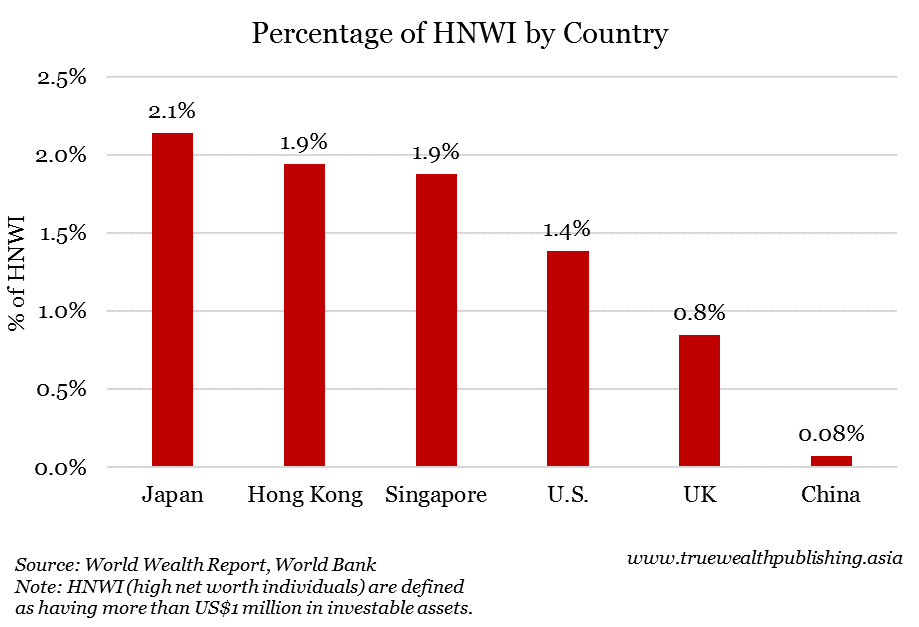 As a percentage of the population, there are more rich people in Hong Kong and Singapore than the U.S., UK and China. For Asian countries, only Japan has a higher relative amount of HNWI.

No wonder Singapore is one of the most expensive cities in the world.

What’s the one thing the world’s 16 million HNWIs have in common, regardless of geography? They all like money and aren’t ashamed of it. Also, they’re all – eventually – going to die.

In the Asia-Pacific region, the report estimates that over the next 15 years, around 80 percent of all HNWI wealth (which totals just over US$17 trillion) will be transferred to the next generation. That’s a lot of money changing hands – and a lot of younger people making big financial decisions. How they decide to invest their money will be one of the biggest things shaping markets in coming years.