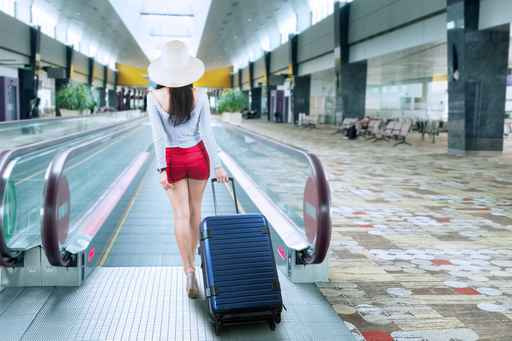 The Millennial urban professional (or Muppie) is educated, making good money and going to live to 100.  Unlike the Yuppie, she has less financial security. The Guppie is entrepreneurial and will likely work for herself or a startup at some point in her career.  She invests in the brands she uses but is less likely to jump into high-risk dot-com stocks.

Steve Jobs is the stereotype of the Yuppie who has started many of the Muppie’s favourite companies. Understanding the Yuppie and now the Muppie may be the genius behind his success. The granola-eating, yoga-loving tech-entrepreneur was the precursor to the Muppie.

Apple (AAPL) – Apple sells 14.5% of the world’s smartphones but takes in 94% of smartphone profits, up from 85% a year ago, reports AppleInsider. The always on, connected Muppie bought close to 50 million iPhones over the past year paying $670 on average. Apple continues its two-year earnings per share growth streak on strong revenue.  The Apple iPad Pro with the largest screen at 12.9 inches and the functionality of a Mac are now on the market.

Starbucks (SBUX) – Starbucks is in the restaurant business, but wherever one travels in the world, a Starbucks is waiting. Yuppies like to live near big cities where one can always find the popular cafe. The famous coffee shop is where the mobile generation plugs in, juices up mobile devices and gets reliable internet access to touch base with Facebook friends, answer a few business emails and check in on LinkedIn. The stock is on an upswing this year and continued its frothy ascent after the dip in August. The Chinese are not cutting back on Starbucks, where they are sipping lots of lattes while rebalancing their investment portfolios.

AirBNB – AirBNB is still a private company. The buzz on the rumour mill is that everyone’s favourite place to find short-term accommodations is going to go public in 2016. Paris hotels are starting to grumble about competition from the service. AirBNB hosts are adding tourist attractions to their offerings and selling tickets to local events. The accommodation site is now launching a prepaid rewards card.

BMW (BMW) – BMW is the ultimate Yuppie brand. While many brands aspire to this place, BMW has held it for several decades. The increase in Asian middle-class wealth has put more power behind BMW car sales. Now BMW is mixing yuppie with the green premium by launching an electric car to compete with Tesla Motors. Sales in BMW’s highest growth market, China, are slowing as a result of the economic slowdown.

BMW has retained its place as the Yuppie car through several market crashes and pullbacks and is not likely to give it up easily. Then there’s the new BMW Z4, which looks a lot like the BMW Roadster that everyone from the dot-com generation had to own.

Louis Vuitton (LVMH) – While other brands attract the haute couture and luxury set, Louis Vuitton is the real brand for the yuppie market. Louis Vuitton remains in first place among luxury brands for the tenth year in the BrandZ study. This is all the more impressive as the value of the luxury goods sector, in general, has fallen over the last year.

Whole Foods (WFM) –Whole Foods stock was trading at a 52-week low in November, but this stock is a buy, not a sell. The generation that is going to live the longest cannot get enough healthy food. The stock has a double premium as a social responsibility stock, another hot investment sector. The company may be experiencing some growing pains as it expands its square footage in 2016. Revenues are growing, cash flow is strong and its price-to-earnings is low compared to some of its peers.

Lululemon Athletica (LULU) – Lululemon and yoga have not been insulated from the business cycle. The retail sector is down again, but the Yuppies’ favourite yoga shop is likely to rebound over the Christmas holiday and into the New Year as more health conscious consumers do yoga.

During the recession, the high-end yoga shop was losing business to Wal-mart and other discount retailers. As the global economy pulls out of the recession, yoga enthusiasts will start paying more for their yoga gear. Lululemon is one of the value stocks, or Wal-marts, of the Muppie set.

Tesla (TSLA) – The ultimate Muppie, Google chief Larry Page, recently said he wanted to leave all his money to Leon Musk, the founder of Tesla Motors and SolarCity. That statement attests to the dedication of the Muppie to companies making environmentally friendly products and services. While Tesla is starting to face more competition in the electric car market, it can rely on its loyal base of Muppie customers who are also investors. SolarCity (SCTY) – The Muppie has solar panels on her house, saves energy and recycles. SolarCity sells the most solar panels to US residents and finances the solar installations through its leasing program. The stock has declined in the downturn creating an opportunity to buy on the cheap. SolarCity is signing up green Muppies on a 20-year contract.

First Solar (FLSR) – First Solar (FLSR) is another one of the Muppie’s favourite solar gear makers and installers. This solar player, which sells directly to utilities, fared better than its peers during the downturn.

If the stock is mobile, lux, healthy and green, it may have a Muppie premium and be worth a closer look. The Muppie is a more conservative and disciplined investor than the Yuppies behind the dot-com boom. Its stock picks are more likely to be long-term value buys than high growth stocks.

International Women’s Day: 4 Women-Led Online Stores That You Must Check Out

Do You Really Need Travel Insurance?