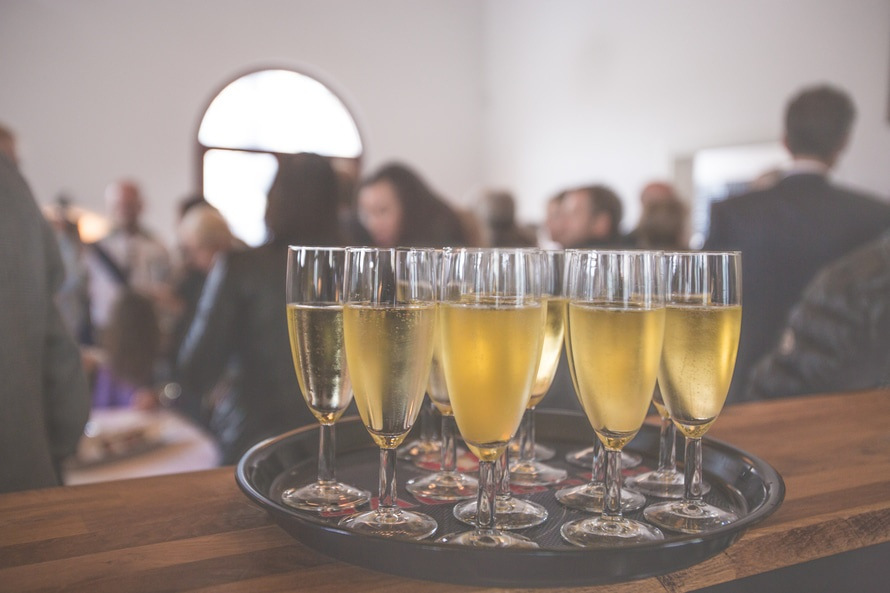 Your network can be akin to something like money in your bank account – the wider and stronger your network, the more you’re worth.

Having strong connections with captains of the industry means that if you want to push a certain prototype to test out in the market, they’ll be the ones who can help produce it first, which will allow you to make your millions in the world.  If you don’t know them, self-sourcing is considerably harder – and a lot more risky since you won’t know the quality of the product that is manufactured.

In the same vein, knowing people with wider networks can also work to your advantage, by introducing people who can help you along the way of what you want. It can lead to many great things.

However, just as easy it is to make new acquaintances, and business partners would be to say something awkward, or downright weird that can totally kill the whole conversation, and you lose a potential partner, client or friend. In fact, it would be wise not to talk about certain things too, as we wouldn’t know another person’s alignment in politics, religion, and various other issues in life.

We’ve identified a few taboo topics to avoid to lower the chance of bungling over what you said, and increase the chances of you having a more successful encounter!

Politics often brings out the best – and worst – in people. Just take for example the General Elections in Singapore 2015. Both sides of the camp were arguing with great passion as to who should rule Singapore for the next five years. Sometimes, arguments and tensions can run a little high, which can lead to unintended clashes and conflicts.

Even the current pre-selection of the next US President has seen supporters and detractors from both sides, making equally valid points with a lot of emotion thrown into it.

While some of us actually do enjoy debating and discussing politics and the current migrant crisis, it wouldn’t be a great conversation starter, for a simple reason – we wouldn’t know if the person supports or is against whatever you’re discussing. And honestly, you don’t really want to get on their bad side either; you’re there to make friends, not to alienate them!

Again to reiterate, networking sessions are times to network and make new connections, not to alienate people or to tell them your life story. In fact, your life story shouldn’t be a selling point unless you’re trying to prove something they said. In any case, try not to speak about your personal problems.

In general, during the session, people don’t want to feel sad or negative. In the same way, if someone comes up to you and starts making small talk, won’t you find it weird if they asked if you’re in a relationship/if you’re encountering any life problems? Despite how much you love your job, there will always be days where you wish you didn’t take the job, and that’s fine! That’s why we all need vacations and rest days to take a break, and be fresh and revitalised to start work again.

However, what’s NOT okay, would be to vent your workday problems and stresses to the people you’re networking with. Probably no one would want to listen to it. Plus, complaining a lot would kind of give off the vibe that you’re complaining a lot, and that you can’t seem to work well with others.

It never is easy, but unless you’re intimately familiar with the person, it would be good if you don’t mention it.

Infographic : How to Network Effectively With (Every) Personality

The way he talks. The way she walks around the boss. His smile.

We all have pet peeves and things we really find really stupid and weird. That doesn’t mean that we should actually say it out. Sure, you can notice such things, but it would be better to keep quiet about them.

Also, it would be good to cut out the more morbid or jokes loaded with innuendo. Again, we don’t know how the people we meet in the network will react to such jokes. Remember that it is better to err on the side of caution.

You know that story about that time you got so drunk you passed out on the street?

Those type of anecdotes are always a hit amongst close friends and buddies, but it wouldn’t make for a great conversation starter when networking.

Also, at some networking events, there is an open bar with free flow of alcoholic drinks. It is incredibly easy to start with merely one drink, which can lead to many drinks, and then, to binging on it. The moment you start having thoughts of binging, perhaps it would be a good time to excuse yourself from the room.

Of course, a drink or two would be great in loosening people up, especially if it seems like a relatively stiff or rigid affair. Done right, even the choice of wine served can be useful as a conversation starter!

Moving to a New Apartment Checklist