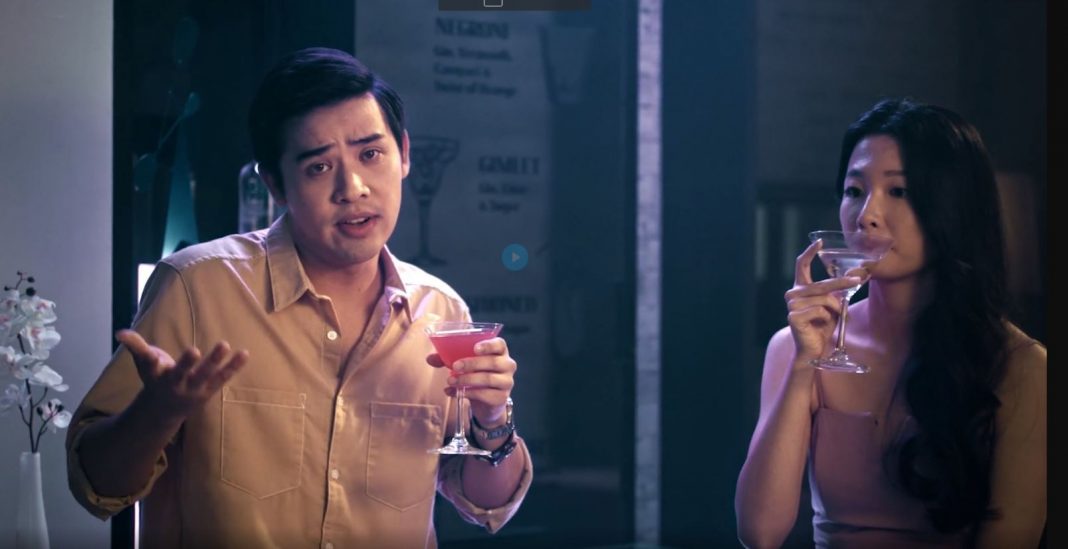 The whole Uptown at Farrer advertisement is a trainwreck – so demeaning, misogynistic and annoying. From “BTO? For you even better”, the “atas toilet” (cuz that’s how we commoners talk, of course), water breaking scene, wife portrayed as a helpless, grumpy woman nagging and ordering a Grab to go MRT station, talking down to the driver, because, as he arrogantly proclaims, “life too short to commute”.

Even if I accept that this Uptown at Farrer advertisement is a parody, it is is everything it shouldn’t be. A parody is one that’s funny or strikes a chord, or “so bad that it’s good”, this is plain insulting.

It doesn’t highlight any facilities, fittings or amenities because the lead actor is too busy with the name droppings and smirk. Seriously? What’s with the focus on the constant act-cool smirks? It’s so douchey and NOT endearing at all. Wasted so much precious ad seconds on trying TOO hard to be cool.

And the portrayal of the wife is so disappointing and frustrating. DO WOMEN NOT EARN OUR OWN KEEP NOW? That we have to be portrayed this way over and over again in ads? What are we? In the 50s Mad Men era? My friends and I are hardworking women who probably can afford a unit but this just turns us off.

The ONE good thing the ad does is repeating the name of the development. Uptown at Farrer. I would really like to know if the Uptown at Farrer marketing team/developers actually tested the ad? And if they do, what kind of feedback did they get? Please don’t test it on your own social circle bubble, test it on the people who will actually stay in Farrer. (I stay 5 mins away btw.)

If you know me personally, I can assure you I’m not uptight or easily offended. But this is really beyond my comprehension.

I appreciate all the alternative views and thank you for sharing. While I PERSONALLY find the whole ad very contrived and reductive, stereotyping Singaporeans and gender roles in a silly way, I do agree that by now, it has served its purpose of marketing the condo.

I agree that the protagonist is meant to be intentionally off-putting.

Also, agreed that this ad does 3 things well:

– The ad repeats the name of the development more than 6 times. Uptown at Farrer.

– It also repeatedly highlights that it’s near the MRT station (the whole GRAB scene).

– Lastly, I guess it’s so “bad” that it gets us riled up and talking. Probably viral marketing. A professor offers to make this his class case study, so I suppose you can’t say this ad didn’t work!

I also want to clarify that in my follow up replies, I did mention that it’s not only stereotyping women but also men. Also, for the guy part, they did play up the stereotype of a video-playing, “irresponsible” man-child, who is unbothered by the wife’s angry shouting. It is a tired stereotype about dads being “useless” around the house.

In your view, how do negative stereotypes in ads impact society?

First and very importantly, I believe this ad perpetuates negative gender stereotypes for both parties. Gender stereotypes can lead us to believe that we have a narrower role or sense of ourselves. How we are supposed to behave, achieve, who we are meant to be and affect the opportunities and decisions we can make. Stereotypes can amplify the degree to which people are or are not aware of having such evaluative attitudes about gender roles, and the effect that such attitudes have on people’s thoughts and actions regarding the roles of different genders.

In this day and age of dual-income families, why can’t the ad show that the couple decided to buy the condo themselves? Why can’t they depict the male actor as someone who helps out in household chores and taking care of the kids?

Again, we might have differing views and I may fail to see the humour, which is clearly enjoyed by many. Just wanted to share some of my thoughts.

I hope we can respectfully agree to disagree. 🙂

Are You Financially Ready to Get Married? 5 Ways To Tell If You’re Marriage...

7 Data-Driven Ways Of Saving On Your Monthly Recurring Bills