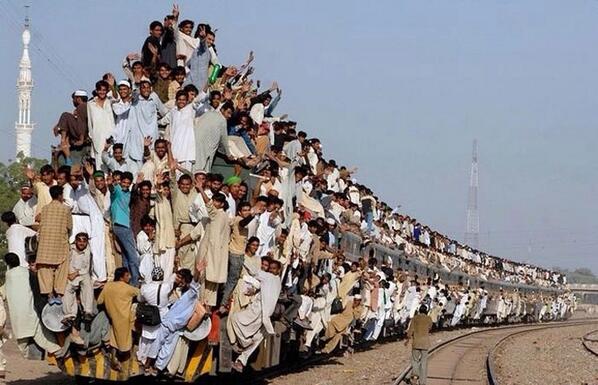 “If everyone else jumped off a cliff, would you do it too?” Who hasn’t heard this sage advice from their parents? And as it turns out, it’s also very good investment advice because it can help you avoid the bandwagon effect.

Human nature is to follow the crowd. The thinking goes that if the majority is doing something, it must be the best thing to do. And it’s a lot easier to fit in than it is to do your own thing. But often, there is no good reason for following others – and there’s plenty of reasons not to.

This “bandwagon effect” describes what happens when you decide to go along with what others are doing instead of making a reasoned, objective decision on your own.

The bandwagon effect is often highlighted during elections. For instance, during the 1992 US presidential campaign, a study showed that when many voters found out Bill Clinton was in the lead, they switched their vote from George HW Bush to Bill Clinton. They “jumped on the Clinton bandwagon” simply because they thought everyone else was.

The phrase “jump on the bandwagon” actually originated in 19th-century American politics. Politicians wanted to seem more appealing to voters, so they tried to get a seat on a bandwagon used by a popular circus clown.

Similarly, many investors feel safer making a decision where they’re joining lots of other people. This often happens when a stock’s price begins to rise. Everyone buys the stock, attracting attention and influencing others to do the same.

When a market starts to fall, the investment crowd gets worried about heavy losses – and sells. If it appears everybody else is doing it, we may be tempted to do the same. The bandwagon effect stands in the way of objective analysis and clouds our judgement about specific investments.

The reality is that sometimes the best investment decision you can make is the one that goes against the grain. Contrarian investing involves buying when everyone else is selling – and selling when everyone else is convinced that there’s more upside. Contrarian investing can be risky, but it can result in big returns… or big losses, if the timing is wrong.

Turnaround investing is a different type of contrarian investing. It involves investing in companies that have fallen out of favour because of management missteps, financial problems, or other issues – and whose share prices have fallen as a result. But the company may have restructured, made some changes in the boardroom and is now poised for a comeback, or a turnaround.

Instead of blindly following the crowd, a turnaround investor will analyse the company in detail, try to assess the stock’s true value, and buy when the price is still low. After the bad news begins to fade from memory and the new reality takes place, other investors may also come to believe that the stock is undervalued. The price will begin to rebound as more investors learn the story. Those who bought low, when everyone else was selling, are now in a position to make a profit.

Admittedly, buying when most people panic, and selling when the bandwagon crowd is certain prices will increase, is hard to do. It’s much easier to just do what everybody else is doing. But being a contrarian can be extremely rewarding over the long term.

To avoid being part of the herd. If everyone you know is talking stocks and the newspapers are publishing overly optimistic news, it may be time to consider the contrarian view and be conservative.

Remember what your parents said. Just because everyone else is jumping off the cliff doesn’t mean it’s the smart thing to do.

The 3 Biggest Money Fears of Single Women, and How to Overcome Them

Is It Still Possible To Achieve Financial Freedom Through Property Investments

What Are The Different Types Of Savings Plans For Retirement in Hong Kong?

How to raise your daughter to have GRIT (Part 2)