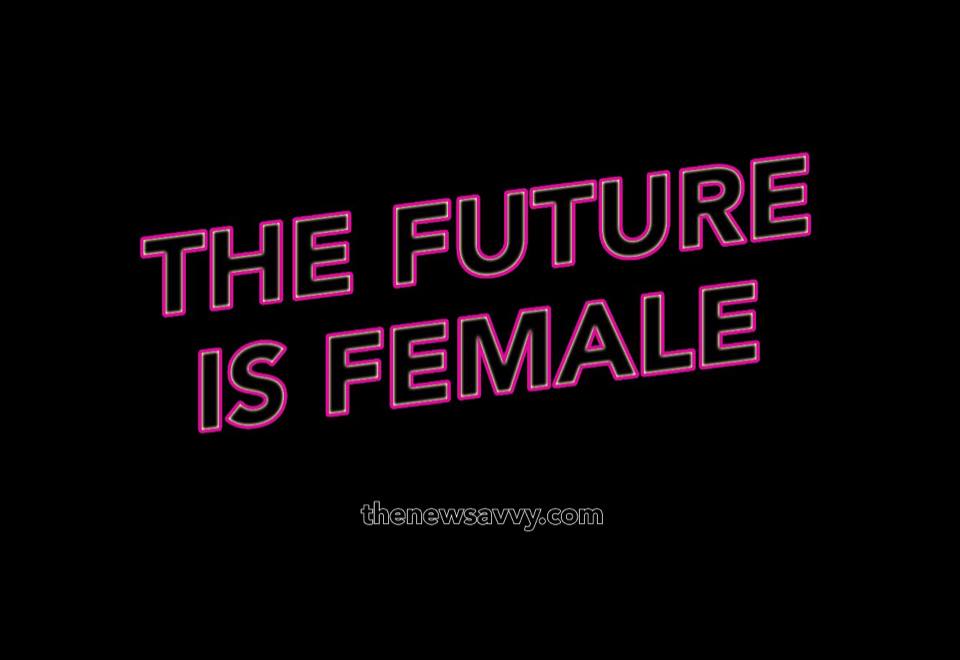 I’ve never thought that being a woman is an impediment to success – whatever one defines it as. I always believe that being a female an unfair advantage.

We are very lucky to be in a society which promotes & celebrates women. I am surrounded by beautiful, smart, ambitious, humble women daily, constantly in awe of their grade and strength. They’re my Sheroes & role models, casting light in the darkness. I’ve also always cherished my female friendships a little bit more. If we don’t support each other, who will?

I do recognize that many women may not have the same privileges that I/many enjoy. So, let’s #PressForProgress and work harder for the daughters, sisters, mothers, wives among us. Let’s build each other up to achieve greater heights together.

Also, let’s not forget to all the men who had been supporting this movement, quietly or otherwise. There are a lot of men who are #HeForShe ambassadors – rooting, cheering, mentoring & fighting for women. Because they believe in progress and equality. Thank you.

The notion that #IWD exists because women are weak is dated. IWD empowers women to demand equality – to be afforded the same privileges, not special treatments.
Advocate a woman in your circle today. Happy #IWD2018! 🙂
#WomenInTech #WomenInFinTech

On another note, find out the financial literacy trends for women in Asia.

As Southeast Asia continues to develop economically and household incomes are on the rise, the frequent question posed to the relevant government institutions and organisations is – how to improve personal financial literacy.

While the awareness of the need for financial security and how to provide it is traditionally more present at the male population, the burning issue is – the need to improve the financial literacy for women in Southeast Asia.

With the aim to improve financial literacy, many countries in Southeast Asia have already implemented financial literacy programs aimed at various segments of the population (urban, uneducated, female, unemployed, etc.). The period is still too short to be able to show the exact effectiveness of these programs.

However, certain studies show that general populations in Southeast Asia are well aware of the benefits of financial education and widely show an interest in increasing their financial literacy and money management skills. But there is a large disparity between awareness and action. Reasons for this disparity vary from lack of financial education (Indonesia, Philippines, and Malaysia), lack of trust in financial institutions (Malaysia), to perceived lack of funds (Indonesia).

One interesting fact is that higher wages in a population seem to have no significant correlation with the levels of financial literacy. This is especially apparent for women – over the last two decades, the average income for women in Southeast Asia has doubled, and yet – there remains a lack of knowledge and confidence in dealing with financial matters.

Little progress in improving the income discrepancy between men and women

Despite substantial economic growth in the last 50 years, there has not been significant progress reached to narrow the income discrepancy between men and women in Southeast Asia.

The income gap has widened significantly in the Asia Pacific, from earning 68.3% of their male counterparts in 2000 to 61.8% in 2013. Due to traditional gender roles, gender income inequality is markedly persistent and especially evident in rural regions.

Such a situation proves the necessity to thoroughly analyse and discuss the appropriate measures, with the aim to improve the economic power and quality of life of this crucial and often overlooked demographic group – women.

In today´s society financial literacy is a critical skill. It is important to start an education in the field from the early age, but it would definitely have a huge impact on society´s development and stability was financial literacy thought of as a life skill.

The low results of financial literacy for women in some cultures might be linked to the fact that empowering women is still not a primary goal.

On the other hand, proofs are showing that empowered women are doing better financially. They are more committed to raising families and to providing welfare for the household and its members. Such an attitude, in the end, leads to better economic results in their society and moreover – in the overall economy.

Download the full report for reports and resources on the financial literacy of women in the Southeast Asian region – ‘Financial Literacy Trends for Women in Singapore, Hong Kong Malaysia, the Philippines and Indonesia’, issued by The New Savvy .