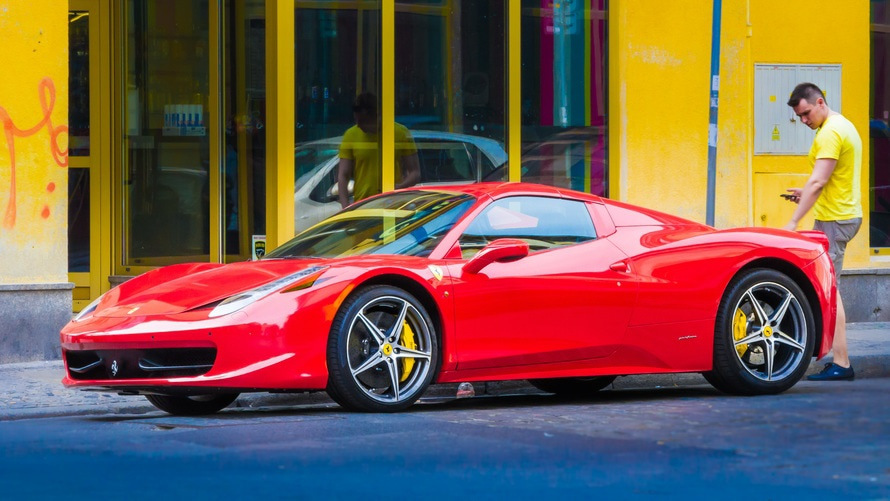 When consuming foods that are familiar to you, there is little hesitation, but comes a stranger dish, say monkey brains, and you would be less inclined to consume it even with persuasion because there is that element of ambiguity.

When it comes to investing, in continuing from the article entitled: “Female Investing Habits – Should You Invest in the Pink Portfolio”, it’s better if you invest in a business you understand. So as women, I would think shopping (I am guilty of stereotyping, but seeing as to how the majority of the posters lining the streets of Orchard Road are of women, the latest being Jennifer Lawrence posing for a Dior advertorial campaign) amongst other things would be your area of expertise or at least familiarity.

Related: Jennifer Lawrence: Why Do I Make Less Than My Male Co‑Stars?

There is no doubt that Singapore’s GDP has increased per capita over the years, as the level of education one receives, be it in Singapore or elsewhere, has shown to have a positive correlation with salary, even though there is the issue of inflation.

As such, what was once elusive to the masses because of the exorbitant prices is now readily held in the hands of one person to the next- just to name some personal luxury brands that you might be familiar with: Louis Vuitton, Hermes, Dior, Chanel, Gucci, Prada, Salvatore Ferragamo, Zegna.

However, buying the bags off the shelf can be very different from investing in these companies, because not everything that seemingly is good, is necessary, good for business. Hypothetically speaking: You are an adherent to the LV brand, and you know what sells and what won’t. You live in a world where having 2 smartphones is the norm, and you use them to their fullest capabilities. On one sunny day, LV announces that it is going to invest heavily in social media, which sounds like a logical step to engage with the pool of ever younger buyers- the Millennials.

However, it suffers a backlash from it’s existing loyal client base who have always seen the brand for decades as something more than just a brand for the masses- LV losses that exclusive shine of heritage and historical value; apparently a Google search of “Louis Vuitton is overrated” yielded results that have people on the web complaining about the brand’s ubiquity and loss of lustre.

Investing and Money Habits of Millennials

Such a scenario is something of fiction you might say, but with reference to the luxury goods report by Deloitte, published in April 2015, those in the Swiss watch industry have expressed their reluctance to ride the social media wave for fear of damaging their reputation even if the potential of social media advertising has shown potential and results. And much like Swiss watches which are very reliant on their reputation and legacy to differentiate themselves from other brands, I would think it safe to say that other luxury goods industries also utilize this strength to their advantage such that it might suffer the risk of ruining it.

So, this is what I meant by investing being somewhat different from just buying the latest offering off the shelf.

Things to note about the EUR223 billion industry:

1) Innovation in this industry is not always a good thing

Louis Vuitton, in an article published in The Economist, shares with readers how their business model that has withstood the test of time, which includes, the tradition of never offering discounts for their products.

Instead the business accepts and recognizes what is known as a destruction margin- goods unsold are destroyed, likely because though discounts seems like a really good way of getting business in the short run, they have the potential of diluting the brand image as well as distorting the stability of shopping cycles (after all, generally speaking, these bags aren’t commodities) to possibly skew more to discount periods.

In this other case, innovation did more harm than good: Versace, the fashion company that once received the acclaim of being a trendsetter, once posted profits that exceeded USD1 billion, but now reports just little than half of it after founder, Gianni, was murdered and sister, Donatella, took the reins of the company’s creative direction and after going through rehab during her tenure as Creative Director in a tumultuous period in Versace’s history.

This resulted in muddling and even contradicted the brand’s image with more conservative designs in contrast to the flashy, neon designs that had been synonymous with the company- to have no core brand image is not good. Businesses are trying more and more to be efficient, and in the pursuit of greater efficiency, some have actually committed morally questionable acts. One such instance is when Nike’s manufacturing practices had been made known to be outsourced manufacturing to cheap child labour in developing countries, which meant a higher profit margin- great news for the shareholders and the board of directors.

However, Nike’s unethical processes were brought into prominence in 1995 and though it is turning around now, the initial public outrage of this fact caused Nike to suffer a loss in brand reputation which subsequently translated into falling share prices in 1997.

As from the examples above, be it creative innovation or business innovation, innovation isn’t always positive; at least try to understand and map the pros and cons before conveniently assuming it is all good.

This holds for all MNCs; when a brand goes global, it is no longer tethered to just a single geopolitical space. So, when a factories in the United States (the largest market, based on a report by Bain & Co.), is destroyed by a hurricane, it will affect the financial performance and position of the company, even if you are an investor from Singapore, do not assume that share prices won’t be affected- one reason could be due to weakened market confidence in the company’s management to make good decisions in preventing a possibility of something of this sort from happening.

When you invest in an MNC, know where they operate- Is it in a place prone to strife and conflict? Is the construction company responsible for the factory reliable?-, and how they operate- Where do they get their labour from? Where do they source for materials?-, so that you can always be in the loop if anything happens because the stock market, arguably, is semi-strong, i.e., reacts to information made known to the public?

3) The future is in the technological pairing.

Ralph Lauren is doing it with its Polo Tech shirts, so is Swarovski with its “Activity Tracking Crystal”, Luxottica is collaborating with Intel to further explore the potential of combining eyewear and technology (something similar to Google Glasses).

As our lives become more integrated with technology, how we experience brands, interact with it and use it becomes more complicated than it was about 15 years ago when Nokia still reigned champion. The companies know that in order to engage with its customers in this digital age of e-commerce, it has to offer customers an experience worthy of the brand in-store and, increasingly more important, online.

So apparently, according to the actions of the industry and the opinions of expert observers, technology and fashion in a happily ever after is the next big thing to look out for. With that said and done, mature brands, while sentimental, great and reliable, don’t grow as fast and are also difficult to invest in (high share prices and some are still not publicly listed but family owned, act as potential barriers).

So if you are interested in taking a ride on the gravy train of what could be next Hermes or the Google equivalent, or for those who are interested in the brand names that resisted the wear of time, click on the link below for the 2015 report prepared and published by Deloitte to get a better understanding of the study methodology and how the research was conducted to help with your decision making process:

But of course, should you prefer something at home, which I can’t say there are many or really any, a visit to Lasalle College of the Arts or NAFA where budding fashion entrepreneurs are looking to start their own fashion line is most definitely in need of funds to get things started.

So, if you feeling angelic and also happen to be impressed by their potential, you could always invest in their ideas and possibly, reap the rewards later, but like with any investment, you must be aware that there could be a multitude of risks involved, and it is not on the recommendation or opinion of myself and The New Savvy that you partake in risky investments.

How To Budget For A Family In Hong Kong

Why You Should Avoid Getting A Payday Loan

Meet the #SavvyUpTogether Women – What Are Their 2018 Financial Goals?