Home Life Opinions 5 Reasons Why It Is Perfectly Fine To Start Your Career At... 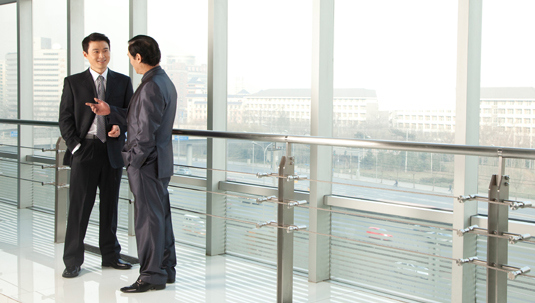 Singaporeans have always been taught to be competitive – with grades, with queues, with jobs and everything else in between. Parents want their children attending the “best” schools, in spite of MOE’s insistence that every school is a good school. The JC route is usually preferred for those who qualify, even if there is a great polytechnic course on offer that a student may absolutely love. And short of an overseas scholarship, most people would associate a local degree as superior to an overseas degree.

When it comes to finding our first jobs, the same competitiveness to not lose out to our peers kicks in once again as hoardes of undergraduates send out resumes way in advance, and usually to the top MNC firms.

The biggest complain local SMEs in Singapore have is the difficulty of recruiting good local talent. Ironically, the same students who prefer a local degree to an overseas one would then prefer working for a foreign MNC in Singapore.

But just like getting an overseas degree, there is absolutely nothing wrong with starting your career at a local SME. Yes, the experience would be different. But that doesn’t mean it is inferior or should have negative implications on your livelihoods.

Here are 5 reasons why it is perfectly fine to begin your career at a local SME. We might be guilty of generalising some of it, but this is based on what we observed and some of our (limited) experiences.

The simple fact is that most SMEs are short-handed, hence the complain that they cannot get local talents. Because of this, most employees, particularly fresh graduates, would need to wear multiple hats for their company if they work in an SME.

Common examples include HR executives having to be in charge of administrative and secretarial work and Corporate Social Responsibility work, as opposed to them being different functions at an MNC. Another common example is the business development team would taking up the roles of corporate communications and PA to the CEO or CFO within his or her job scope.

Even when you progress in your career, you would still find yourself playing multiple roles. For example, a General Manager at an SME may need to be familiar with legal terms so as to review business agreements without the support of an in-house legal team, or external lawyers on retainer. He would also need to understand accounting principles so he can assess the legal documents from a financial point of view.

2. You stop taking perks for granted

There is nothing wrong with having more and better perks if your company provides them. The problem arises when people are so used to these perks that they take it for granted, and hence, are not able to adapt to less generous HR package in the future.

Examples include unlimited cab rides, infinite claims on entertainment expenses, full medical coverage for both staff and their family, 21 days annual leave, and of course, the “mandatory” 13-month bonus, plus an average of between 4 months to 6 months of bonus each year.

It is fantastic when companies who are making good profits reward its employees with such incentive. The danger begins when employees take them as the norm, and start expecting it at every company.

If you are working at a SME, chances are you would not be as spoilt as your MNC counterparts. And chances are, when a downturn comes, your SME company would agonize over laying off its staff versus an MNC, where the head office in the US or Europe see each staff member simply as a statistic.

3. You work directly with top management

Because SMEs tend to have less staff, it also means that their organisational structures are usually a lot flatter. Compared to MNCs, where the company’s Chief Executive Officer (CEO) might be working at a totally different time zone from you thousands of miles away and you wouldn’t have even met the guy in person. This is compared to an entry-level graduate at an SME, who may find himself only one person removed from reporting to the CEO.

If that person you are reporting to goes on leave, or is on a medical leave, you are immediately in the firing line having to answer to the CEO’s requests or questions. And we think you learn a lot when you get to interact with top management.

4. You get to learn more if you want

There are usually a thousand and one things at an SME that requires improving. Chances are, these things are left as it is simply because there isn’t anyone around who have the time and resource to look into it.

Assuming you are not satisfied with your current portfolio in a SME and want to do more, in addition to your job scope, we find it hard to believe that your boss would deny you the chance to take on additional responsibility.

If you are such a person who has been denied chances to do more at your current job, we want to talk to you here at DollarsAndSense.sg. Yes, we prefer hiring people who enjoy reading our articles, if you get our hint. This isn’t discriminatory right?

5. Your efforts can make a significant difference

Let’s use a sports analogy.

Assuming the most expensive footballer in the world, Gareth Bale, decides to leave his current club, Real Madrid, and return to his first football club, Southampton. The question we ask, which club would he make a bigger impact at?

If your answer is Southampton, then you agree with our point. Basically, we believe that a good employee (a Gareth Bale) could impact an SME (a Southampton) in a more significant way than a bigger MNC (a Real Madrid) simply because it would be very difficult for an SME to replace good talent.

Two sides to a coin

There are always pros and cons with every decision or opportunity in life. Sometimes, you get more exposure for a lower salary. Other times, your work-life balance for career progression takes a backfoot. Working in an SME compared to an MNC might provide a different and significant experience, but it is by no means worse if you make full use of the opportunities that you are exposed to.

Your Big Advantage Over the “Smart Money”

Tertiary Education Costs You May Have Forgotten To Consider