Home Life Inspirations Singapore’s Swimming Champion Joseph Schooling: How Much Could He Make? 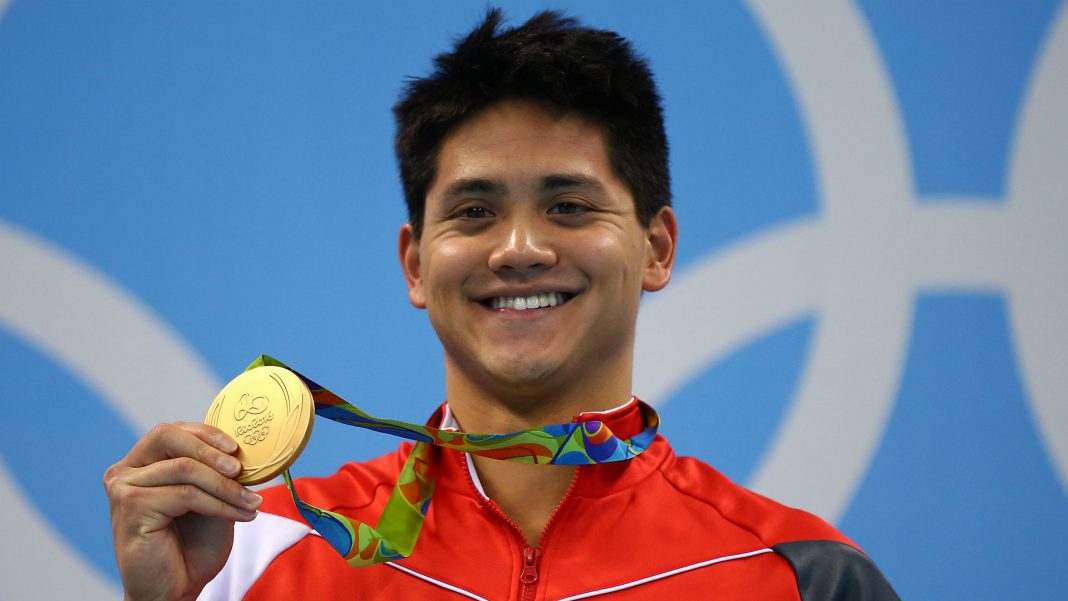 Singapore’s Joseph Schooling made headlines last week after he won a gold medal against his childhood hero Michael Phelps in men’s 100m butterfly at the Olympics Games in Rio.

He even made some really endearing comments to the media after his victory: “If it wasn’t for Michael, I don’t think I could have gotten to this point… I wanted to be like him as a kid.” To sum it up, he’s now a champion, a star and a humble sweetheart. Will this translate to financial success?

First of all, Singapore is actually the most generous country in the world in terms of financial awards to its Olympic winners. For a gold medal, the Singaporean government awards $741,000 to the medalist. Not only that, Joseph Schooling is actually Singapore’s very first gold medalist ever. This could mean that Singapore may award him the extra prize as a bonus, and possibly top up his earnings to $800,000 or more.
Not only that, Schooling may be able to continue his success in the future race. While prize money varies by race and his medal, let’s assume this could add another $80,000 on average for next three years. Schooling has a pretty good chance of becoming a millionaire just on prize money (before tax).

Big brands have always hired sports stars to appear on TV with their products. For instance, Yuna Kim, the South Korean figure skater known as “the Ice Queen,” was so wanted by advertisers in South Korea that she was making $1.2 million per commercial, and sometimes made more than $16 million per year just from advertising.
And she wasn’t even the highest paid athlete in the world (though she was definitely among the top few). On the other hand, Taewhan Park, a famous swim star from Korea, was paid about $1 million over 2 years by three Korean conglomerates for advertising, implying he made about $150,000 per ad.
To be fair, South Korea is a much bigger economy than Singapore. Advertising budget in Korea tends to be around $12 billion per annum, much about 6x $207 million spent annually on advertising in Singapore. Given this, the likelihood of Schooling making anywhere close to what Yuna Kim made is very low.
However, given the buzz his victory created, we think it’s still possible that Schooling gets a few calls from big advertisers this year. At a 30% discount to Park’s rate, we think Schooling could still rake in another $1 million over the next 3 years.

Instead of shooting TV ads with stars, some companies choose to downright sponsor these stars. In return, these stars often wear their sponsors’ logos or products when they compete. This can be a substantial sum over time. The track and field champion Usain Bolt, the “fastest man alive,” was making $20 million a year from a long list of sponsors that included Puma, Visa, Gatorade and Nissan.
The Ice Queen is known to have made about $9 million a year from Kookmin Bank, Nike and Korean Air, while America’s Michael Phelps also made close to $7 million a year from Speedo, Visa and Under Armour.
It’s very difficult to discern what kind of sponsorships Schooling will be able to endorse in the coming future.
He does come from a country with a small population, and that may not be as palatable to big global advertisers. However, given the amount of publicity his victory created, we would not be surprised if he does rack in millions of dollars from sponsors. Given that US’s Ryan Lochte was expected to take home over $2 million home in sponsorships, we think it’s reasonable to put our estimate for Schooling at around $500,000 per year.

Obviously, these are all our educated guess based on some conjecture on how this phenomenal athlete’s future will pan out. If Schooling continues his upward trajectory and wins many more medals and popularity down the road, he could definitely build a global fan base that advertisers will drool over.
Maybe, he will become a supernatural force in swimming not unlike what his role model Phelps has been for the last decade or so. If that were to happen, our estimates here are probably overly conservative.
However, this calculation serves to demonstrate the wide disparity in athletes’ income. Whereas superstars like Kobe Bryant, Maria Sharapova and Yuna Kim are known to be worth tens of millions of dollars (if not more), even Olympic gold medalists like Schooling will only be worth a fraction of those aforementioned superstars who are sure to go down history as the best of their times.
Nevertheless, nobody will deny earning $4 million over three years to be a huge success.
Recommend0 recommendationsPublished in Inspirations

Which Loan Should You Get in Singapore With Not-So-Perfect Credit?

6 Tips on How to Protect Yourself From Credit Card Fraud