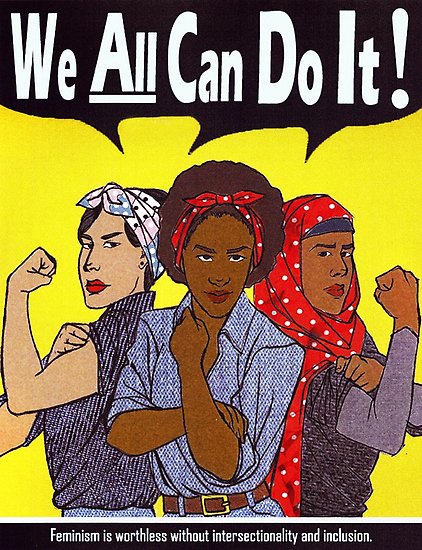 To this day, women still fight to be treated equally with our male counterparts. From not being able to work, vote and even just the typical catcalling. Women, all over the world, stay strong and strive to make the world a better place for all.

Here are some remarkable women (that you may or may not have heard of before) that continue to inspire and lead change: 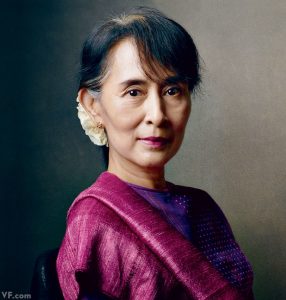 Having fought courageously for human rights and democracy, Suu Kyi is the world’s only Nobel Peace Prize recipient currently imprisoned. She is the leader of the National League for Democracy in Burma and has been imprisoned by the country’s military dictatorship off-and-on since July of 1989.

Advocating nonviolent resistance in the tradition of Mohandas Gandhi and Dr Martin Luther King, Jr., Suu Kyi has refused to accept freedom in exchange for banishment from her country. She was awarded the Nobel Peace Prize in 1991.

Suu Kyi’s father was a general in the Burmese army, and it was he who negotiated Burma’s independence from British rule. However, he was assassinated shortly thereafter. Suu Kyi went abroad to study Philosophy, Politics, and Economics and returned to Burma in 1988. At that time, a transition of government was taking place in the country, and demonstrations in favour of democracy clashed with a military takeover. Seeing the direness of the situation, Suu Kyi founded the National League for Democracy in Burma (NLD), rallying citizens and making public speeches in favour of establishing a democratic government. The next year she was placed under house arrest.

In Burma’s 1990 general election, the NLD won overwhelmingly, and Suu Kyi officially had the right to assume the post of Prime Minister of Burma. However, the military leadership refused to acknowledge the election, and Suu Kyi was re-arrested. In 1995 she was given permission to leave the country, on the grounds that she would never be allowed to return. She refused. Her husband and children were forbidden to enter the country to visit her. In recent years various organizations, including the UN, have attempted to negotiate Suu Kyi’s release, all to no avail; today she remains under house arrest.

Though she is not famous outside of some small circles, Aung San Suu Kyi is a living symbol of peaceful demonstration and civil disobedience in her country, as Gandhi was in India and Dr King in the United States. What will become of her efforts, however, remains to be seen.

When it comes to news and special reports, no other woman is better recognized than Barbara Walters, a fixture on American television doing work on The View, Today, 20/20, ABC Evening News, and more recently ABC World News Tonight. Barbara was the first woman to be named co-anchor of a network evening news program, paving the way for future female journalists. 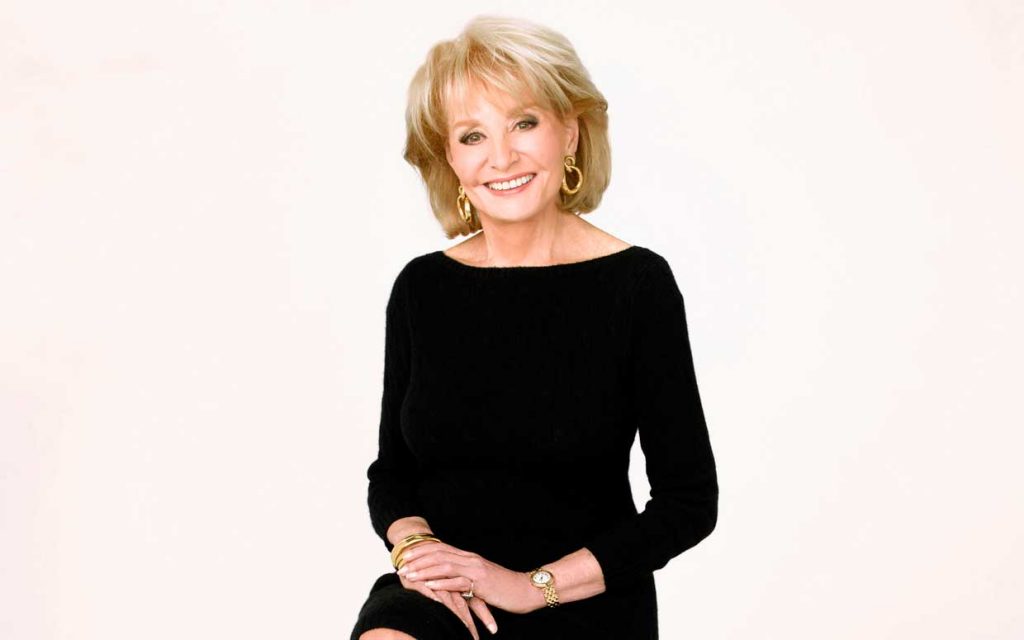 Walters’ career began in the 60s, working as a writer and researcher for CBS and NBC. She was soon tasked with reporting on light stories and quickly moved up to doing her own stories and interviews. She managed to work her way to the top, only to stop short of achieving equal footing when her coworker made certain demands: he would the right to ask the first question when conducting interviews, she would not be given the title of “anchor”, etc. It was not until his death in 1974 that Walters was given the title of “co-anchor”. And even then, she was the subject of animosity among some of her co-workers.

Nevertheless, Walters’ career continued to thrive, and she was even chosen to moderate one of the Presidential debates between Jimmy Carter and Gerald Ford. She also continued to do numerous specials and memorable interviews with celebrities and world leaders.

Currently, Barbara Walters co-hosts the all-women panel of The View, which she describes as a place for women of “different generations, backgrounds, and views.” The show has enjoyed enormous success, albeit with a dose of controversy, and provides a forum for women to discuss the world from their point of view.

For all that she has been through, Barbara Walters is a true pioneer among women, breaking the glass ceiling in the world of TV journalism.

Sonia Gandhi is the President of the Indian National Congress and leader of the United Progressive Alliance — the ruling party in the lower house of India’s Parliament. Her position in government is one of the highest offices in the world’s second most populous nation (the most populous democratic nation). 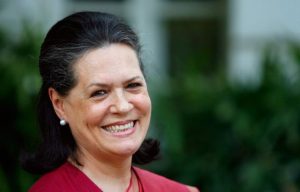 Gandhi would have been the Prime Minister of India, except that in a surprise move she turned down the position when it was offered to her, choosing instead to retain her position in the nation’s legislature. She’s no stranger to the office, however; her husband, Rajiv, served as India’s Prime Minister from 1984-1989. He was assassinated in 1991, which was determined to have been carried out by the Tamil Tigers in retaliation for his sending peacekeeping troops into Sri Lanka. He himself had gained the position after the assassination of his mother by her own Sikh bodyguards. It seems understandable, then, that Sonia Gandhi would turn down the office, perhaps believing that she might have a better chance at helping her nation from the legislature.

Although she is not India’s Prime Minister, Gandhi exerts an enormous amount of political power in the world’s most populous democracy. It was she who nominated the current Prime Minister, Manmohan Singh. Her son, Rahul, also won his bid for Parliament. All this, despite the fact that Sonia Gandhi is not originally from India. The daughter of ethnically Indian parents, she was born and raised in Italy and educated in the UK. She emigrated to India upon marrying Rajiv Gandhi, and yet her popularity among the Indian people has propelled her to the heights of power. Had she accepted the PM position, she would have been the Hindu nation’s first Roman Catholic leader.

Sonia Gandhi’s popularity is evidence that nations can overcome prejudices of gender roles, religion, and ethnicity in leadership when the person in that position pursues the good of that nation over their own political ambition.

Currently working as CNN’s Chief International Consultant, Christiane Amanpour is most widely known for her up-close coverage of the Middle East, beginning with the Gulf War in 1990. She is widely recognized as one of the most influential international correspondents in the world, due partly to her willingness to report from dangerous situations, usually in war-torn areas. 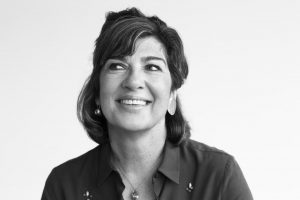 Amanpour began her journalistic career with CNN, covering events in Germany that signalled the end of the Cold War. She got her “big break” during the Gulf War as one of CNN’s most recognized correspondents. She later covered the conflict in Bosnia and has since been famous for reporting from active war zones.

Amanpour has also seen controversy, however. She has interviewed the late Yassar Arafat, as well as current President of Iran Mahmoud Ahmadinejad, both of whom had less-than-friendly views toward the US and its allies. The latter interview caused some to fear for her life since as a young child she and her family had fled from Iran, her native country.

What Christiane Amanpour has contributed, however, and continues to contribute, is a bold and honest look into some of the most difficult situations in the world. She also stands as an example of the strength, courage, and character that a woman journalist can have in the tensest of situations. 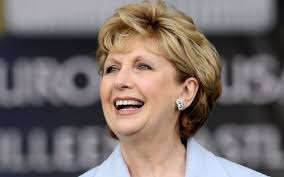 As President of the Republic of Ireland, Mary McAleese presides over one of the fastest-growing economies in Europe. Enjoying an incredibly high approval rating, she ran for re-election to the Republic of Ireland’s presidency without any opposition. Aside from seeing her nation grow economically, President McAleese has worked to improve relations between Catholics and Protestants in the once-war-torn country, including making regular visits to UK-controlled Northern Ireland.

As a child and young woman Mary McAleese was well acquainted with The Troubles in Northern Ireland –- violent conflicts between Catholics and Protestants over the political status of the country (to join the Republic of Ireland or remain part of the UK, respectively). She left Northern Ireland to pursue a career as a lawyer in the Republic, later becoming a Reid Professor at Trinity College in Dublin. Her professorship led to diplomatic opportunities, launching her into the political arena.

In 1997 McAleese was elected President of the Republic of Ireland, and won re-election in 2004 –- her approval ratings were so high that no political party wanted to spend the money to run a campaign against her. One of the high points of President McAleese’s administration has been the cooling of tempers between opposing factions on the island of Ireland. She is said to be a popular figure in both Northern Ireland and the Republic.

Another of her achievements has been to encourage and realize investment, the growth of the business, and economic improvement in the nation; Ireland currently enjoys the second highest income per capita in the European Union.

McAleese is currently the longest-serving woman president in the world. 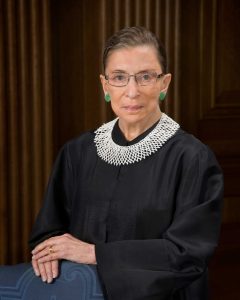 The only woman currently serving on the US Supreme Court, Justice Ginsburg exercises influence over the laws that govern the United States. Like Justice O’Connor before her, Justice Ginsburg helps make the decisions of the highest court in the US, making her not only one of the most influential, but one of the most powerful women in the world. One way her influence can be shown is in the presidential debate: it has been said that whoever becomes president will be pressured to appoint a woman to the Court to replace her when she retires.

One of the most influential parts of Justice Ginsburg’s appointment to the court is in what is now called the “Ginsburg Precedent”. During her confirmation hearings, she refused to answer some questions posed by the Senate Judiciary Committee. Most of the questions she refused had addressed her personal opinions on certain issues that could potentially come before the court, including abortion, civil rights, gun control, school vouchers, separation of church and state, and several other issues.

Years later, when John Roberts and Samuel Alito sat before the same committee for their own confirmation hearings, each cited the Ginsburg Precedent as justification for not answering similar questions. The concept behind the precedent is that a Supreme Court Justice should go into any case impartially, with no pre-formed opinion of how they intend to decide so that their rulings are based on the law and the Constitution, rather than their own personal ideals.

Even without the Ginsburg Precedent affecting the future of the appointment of Supreme Court Justices, Ruth Bader Ginsburg is influential solely on the basis of her position in the Court. Her decisions and opinions provide legal precedent for the US now and for generations to come.

US Stocks to Invest in A Market Downturn

How To Vacation Like A Boss On An Entry Level Budget

Create a Bust-Proof Budget That Works