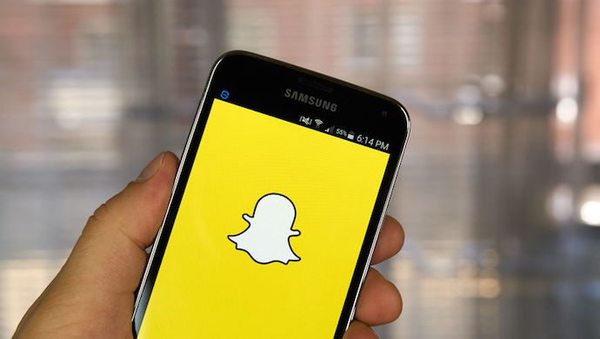 The financial world has been buzzing with the news that Snap is going public. On 15 November, Snapchat’s parent company Snap filed for an IPO that could raise about $4bn at a valuation between $20bn to $25bn.

This news comes only 6 months after Snap raised $1.8bn at around $20bn valuation in May. Why do they need the money again? Did they really burn through their funding already? Or is there some other motivation?

It seems there are a number of reasons why Snap might be in a hurry to go public and cash out its shareholders, including insiders. Here, we examine a few possible reasons.

On 2 August 2016, Instagram launched a service called Instagram Stories. Effectively, it is a copy of Snapchat’s “ephemeral” feature that allows users to post pictures or videos that last only 24 hours. At first, Snapchat seemed to be just fine even in face of this competition. In many of the markets like the US and the UK where Snapchat has been traditionally quite popular, it clenched onto the top spot of “Photo & Video” category in the Apple App Store, right ahead of Instagram. Nothing seemed to have changed in terms of Snapchat’s popularity among its user base or download ranking.

Then two things happened. On 6 October 2016, Instagram announced that Instagram Stories had 100mn daily active viewers, which compares to 150mn daily active users for Snapchat. The fact that Instagram was able to accomplish such a feat in only 2 months was quite remarkable. Still, Apple App store ranking did not show much change in October. Snapchat still was ranked as the top photo & video app in the US.

Secondly, something strange happened in November. Instagram actually started overtaking Snapchat in the US in terms of downloads on iOS. For instance, Instagram surpassed Snapchat for the first time in the Photo & Video category download ranking on the Apple App Store on 14 November and 16 November. This could be a fluke, but what’s worth noting is that this has not happened for a single day since we started collecting the data in July.

This could actually imply that Instagram Stories has had some negative impact on Snapchat user’s behaviour for the last few months. As users were trying out Instagram Stories, they might have been continuing to use both Snapchat and Instagram. However, they may be starting to prefer one over the other, leading to a gradual change in download rankings for the two apps. If this is true, Snapchat should be quite concerned about its future especially when Instagram introduces filters & stickers to Instagram Stories.

As we wrote previously in August, Snapchat has utterly lost its battle in Asia. It seems that 2 extra months since our last articles did not do much to change this status quo. This is because Facebook and a local Snapchat copycat called Snow have utterly overtaken the photo & video app scene in the region. Regardless of which country you look at, either Instagram or Snow (or both) rank much better on the Apple App Store than Snapchat.

Why is this a concern? You need only look at Twitter to understand this issue. To justify a high valuation of $20-25bn with less than $500mn of revenue and no profit, you need to prove to the investor base that your business can continue to grow its audience massively. However, with Asia out of the picture, this caps the user growth big time for any service, especially for one with a high valuation and expectation that it will be global.

Throw in the possible threat even in the US from Instagram (which also translates to other markets where Instagram is popular), then you get the perfect storm that could thwart Snapchat’s otherwise undisturbed growth curve until today.

Twitter earned about the same size of revenue when it IPO’ed as what Snapchat is supposed to make in 2016. It didn’t matter that Twitter’s revenue has increased by 4 fold from 2013 to 2016. After its user growth plateaued, its stock price tanked. If the same scenario plays out for Snapchat (though this is just a speculation), there are some components of this situation that are eerily reminiscent of Twitter’s IPO.

We wrote previously how the private financial market is showing some signs of strain. For instance, investors are flocking to the “safe” brand name startups like Snapchat and Airbnb, leading to increasing deal sizes even while overall funding and deals are declining. It seems that this situation has gotten worse in the third quarter of 2016 when VC deals have declined by almost 30% in both dollar value and number of the deal.

Such a lackadaisical market environment may not bode well for Snapchat should it find itself needing to raise money again. Given that its valuation has soared well ahead of revenue (IPO valuation is implying 20-25x revenue, not profit), should the VC market dry up Snap may even face a down round, meaning its valuation could decline? Such a tepid market environment does not bode well for people who are expecting their companies to be much more valuable in the future.

When a company goes public, its shareholders (including employees and insiders) want to see the company’s valuation increase meaningfully compared to its last round of financing. IN Snapchat’s case, however, its expected valuation ranges from $20bn to $25bn, just about the $20bn valuation it got in May of 2016. This certainly does not demonstrate much confidence or excitement in the buying or selling parties, could be a signal that Snapchat investors are eager to cash out.

The article “3 Reasons Why Snap Might Be In A Hurry For An IPO” was contributed by ValuePenguin.

4 Things to Consider Before Borrowing For Your Home Renovation Project