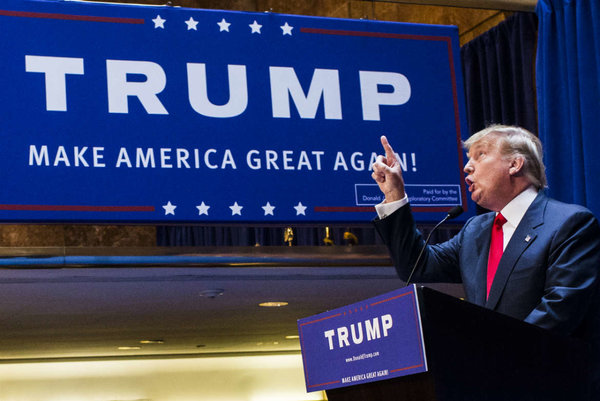 This week, history was made. It was the first time that someone like Trump actually became the US president. And it’s the 45th US president, I mean, the number 45 is also so easy to remember so it will definitely go down in history as the craziest thing that happened in a long while.

Hillary Clinton has wider popular votes but Trump trumped in terms of Electoral College votes. If you do not understand how the system works, this article might give you some idea: Clinton won more votes, Trump won the election. And it’s not the first time.

So Trump won, now what?

You see, while there are some who predicted Trump might win. Most of us in Singapore did not predict that. The way I see it, we should always make use of such event to learn something from it.

I have been investing close to 2 years and in those time, I have gone through quite a fair bit and luckily remained unscathed. Just to give you some example: The Black Monday on August 24 whereby the Dow opened 1,000 points down due to global market instability (Greek Default, Shanghai Composite Index shedding 38% of its value, Oil Price hitting a 6 year low). The BREXIT and now TRUMP Presidency.

The key word here is “luckily”. I confess that a lot of time I was lucky which resulted in me making some of the realized gains. But do remember, to be lucky, at times take hard work. I did my homework before buying any stock and I control my emotions to not do anything whenever something happens. Then, luckily I was lucky.

Here are the lessons I learned from the latest shocking event:

1. Do not try to predict the future, always prepare for it. What some of my friends did is that knowing the uncertainty that the US election will bring, they prepared for it by holding more cash instead of stocks

2. Know that volatility of the stock market when combined with leverage would eventually equal to disaster, stay out of it. The stock market can be volatile. Trump presidency resulted in stock rally, but it could have gone the other way

3. Know the business behind your stock and why you own it. This will prove to be useful for unexpected events such as this because you would be able to make the best decision out of any scenario. As Sun Tzu always say, “Know yourself and know your enemy and you can win a thousand battles”. I say know your stock and know the event and it might increase your chances of not losing money.

In a final closing note, despite whatever macroeconomic condition that is happening around the world I would like to share what I have learned from Peter Lynch and I encourage my friends to consider his point of view as well. That is the best time to buy stocks will always be the day we have convinced ourselves that we have found a solid merchandise at a good price and that could happen during stock market collapses once every few years.

When professionals would be too busy answering their investors to act quickly during such event, we retail investors would have the advantage of flexibility to grab great companies at a wonderful price. We just need to keep our cool.

7 Ways to Set and Achieve Your Retirement Goals

Best Investment Strategies for a Wild 2016