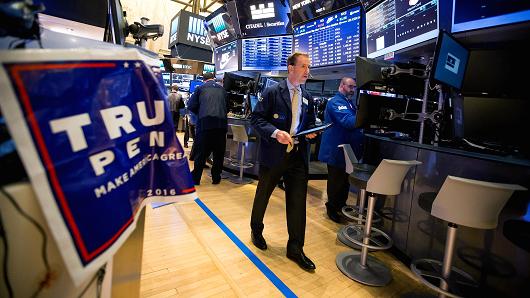 As the highly controversial election in the US came to an end, the markets globally have been rallying over the last few days. What is going on? Why is Donald Trump’s victory a positive for the markets? What should we expect to happen in the next few months?

Below, we have prepared a refresh of our “State of Global Markets” series with commentaries on possible policies and their implications for different companies that investors should be thinking about.

Largely, relative valuations of different markets have not changed since our last series in August. For the first time in a decade, the US stock market continues to be the most expensive among major markets in 2016 and is hovering around its all-time high. At 18x PE compared to the world average of 15x for our sample markets, S&P 500 is loved by investors globally seeking safe haven from volatile economic and political environments worldwide.

Although most other markets have rebounded from their troughs in the fall to their levels in August, they continue to be 10-20% below their levels in 2015, even when adjusted exchange rate fluctuations. What is in store for the global markets in the future? This question might be especially relevant in light of the recent election in the US. What will Donald Trump’s policies mean for markets and companies globally? We attempt to assess a few main issues one by one.

Income Tax Cuts in the US

First, Trump has been aggressively calling for some dramatic tax cuts in the US. By reducing federal income tax from 40% to 33% and corporate income tax from 35% to 15%, the new administration wants to increase income and spending by US companies & consumers. How will this affect the market?

In general, US-based companies will make a greater profit and could see up to 30% profit growth just from the tax cut. Not only that, because most firms have kept their foreign profits overseas to avoid double taxation, such a move could also encourage more firms to repatriate their profits from other regions. US markets could see earnings growth and possibly increased shareholder return (i.e. dividends or share buybacks) as a result, which could serve as short-term boosts to stock prices.

However, it is quite uncertain that lower taxes will spur real economic growth. For one, consumer’s income taxes are actually quite minimal, especially for the low-middle income class. According to NPR, 80% of US consumers will receive tax cuts of less than 2%, with most of the tax benefits accruing to the top 1%. Therefore, the economy is unlikely to see a boost in spending, thereby failing to encourage firms to invest in their businesses for growth, a requirement for increasing employment (and thereby grow consumer income & spending).

Trump has also promised to spend more than a trillion dollars in infrastructure investments in the US, especially in the energy sector. These policies could create a meaningful number of jobs and could be an overall positive for the US-based infrastructure, industrial and energy companies. The US infrastructure has been lagging behind its global counterparts, and it would not be an overstatement to say that a lot of it is “obsolete.”

One only needs compare the New York subway with any other country’s subway. A significant government spending to upgrade the country’s infrastructure could create jobs, increase income, and stimulate the economy for a number of years. The only question is, how exactly will the US government afford it while cutting taxes?

On the other hand, energy companies abroad could be hurt by such a move. Take oil & gas companies in Canada, for example. As US companies get a boost from government support, they will produce more supply in the market, thereby lowering the price of oil & gas. This could be a disaster for Canadian companies who will see increased competition and lower prices for their goods. The same logic applies in reverse for the clean-energy industry, where clean-energy companies in the US may suffer while their counterparts in other countries could benefit.

By raising import taxes for Mexico and China up to 45%, Trump wants to bring back manufacturing jobs to the US. The rationale is that more companies will move their manufacturing plants to the US because it will cost more to produce overseas & import the goods back. However, I believe this could be a disaster for both the US and other economies.

First, the most obvious losers are the manufacturers in Asia. From sophisticated manufacturers like Hon Hai and Samsung to apparel makers, these companies have huge exposure to a consumer base and a manufacturing clientele in the US. Even if they were to continue making goods for markets outside of the US, they will have to face a significant decline in their business.

For emerging countries with cheap labour that depend heavily on these industries, such an outlook is extremely bearish. For instance, while Singapore’s main index STI is one of the cheapest ones in the world for the first time in 10 years, its heavy exposure to global trade (as a port country) may negatively impact its earnings.

At the same time, this policy will likely be a disaster for the US economy as well. Even in best case scenarios, new manufacturing jobs in the US will number in a few million because 1) they will only produce for one country and 2) most manufacturing jobs are already automated. This pales in comparison to the 45% price increase on virtually every single consumer goods for 300 million people.

If you are a regular Walmart shopper, your finances can become strained extremely quickly. Not only that, implementation of import tariff could trigger a global trade war, from which dozens of the best American corporations with global scale will suffer. What does this mean? The vast majority of people will be worse off, and the economy will likely contract.

Trump has also been outspoken about repealing Dodd-Frank Act, which was set up in the wakes of 2008 financial crisis to protect consumers. If successful, removal of Dodd-Frank could benefit the US banks by reducing costs (they had to hire a lot of lawyers and accountants to comply with the law).

Not only that, banks could grow their businesses more quickly by lending out their money more aggressively than they have been. While increased profitability and faster growth are both great for investors in the short-run, it could lead to long-term negatives like reckless lending, bad lending standards and high loan losses in the future.

It’s quite unclear where Trump’s administration will be headed with its policies. They have already backed off from their strong stance on repealing Obamacare and toned down their rhetoric on immigration and protectionist policies that could have ended global free trade.

If Trump actually enacts extremely strict rules on immigration, could it impact technology companies’ ability to hire talent? What will happen to insurance companies if Trump forces them to compete more heavily? How will he fund his infrastructure investments while cutting taxes at the same time? There are a lot of uncertainties in the air.

What we can discern is that Trump’s policies are not all positive. While the market has been reacting positively to his victory, the positives are mostly short-term, one-off or uncertain in viability. While many hedge fund managers have publicly spoken about oncoming growth and interest rate hike, few of Trump’s policies seem to actually benefit the mass-market consumers.

What to Do When Your Car Breaks Down In Singapore?

Cheap Ways To Deal With Stress At Work

Financial Effects of Alcoholism: Why Drinking Is Bad For Your Finances

Are You Earning Less as A Woman? Should We Be Looking At Equitable Pay?

How to Invest in the Philippines Market and Stocks