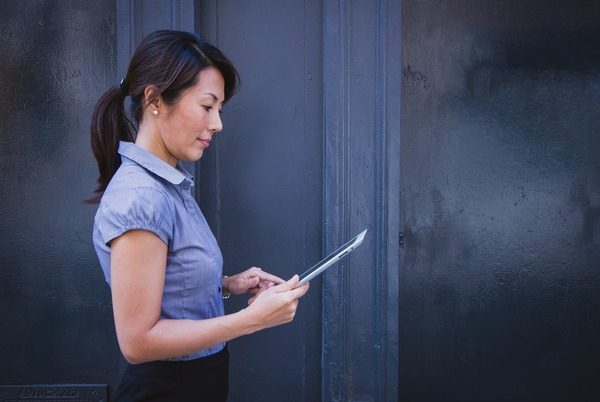 FinTech is fast taking over the financial services sector across the world. It is seen by some as a disruptive force that is leaving a huge impact on the lives of consumers. In the second chapter of the Singapore Fintech Festival, many women experts, female founders and leaders will be sharing their wisdom and experience in the field.

Titled “Leaders Dialogue: Re-Defining Digital Leadership”, this is the first panel to kick-start the entire conference. It is also one of the most important sessions of the festival. And the better news is, it is an all-female panel consisting of five game-changers in the international FinTech landscape.

Here, we have compiled a list of the speakers of the panel:

Adrienne comes from the United States of America, where she is the Chief Business Development Officer and General Counsel of States Title, Inc., a San Francisco-based, insur-tech start-up. Previously, she served as Special Assistant for Economic Policy at the National Economic Council at the White House during President Obama’s administration.

Before moving to Washington, D.C., Adrienne was an Associate at Sullivan & Cromwell LLP in New York. Her responsibilities included representing financial institutions and other corporations in regulatory enforcement proceedings and matters relating to the Foreign Corrupt Practices Act.

She earned her Bachelor’s Degree from Georgetown University, J.D. from Columbia University Law School and M.B.A. from New York University’s Stern School of Business. Adrienne is currently on the Board of Directors for the Center for Financial Services Innovation (CFSI) and the Bank Director FinXTech Advisory Board. She is also a Term Member of the Council of Foreign Relations.

Heather Cox is the first chief technology and digital officer of the United Services Automobile Association (USAA), a Texas-based financial services group of companies where she manages a workforce of 10,000 employees. Before joining USAA, she was the Chief Executive at Citigroup’s FinTech department.

Heather was also the Head of Card Operations at Capital One Financial Corporation before she moved to Citigroup. There, she built, led and delivered a comprehensive customer experience strategy, leveraging digital innovations and customer data insights for further growth, customer engagement, and operating efficiency.

Jessica is an MIT-graduate with a Master’s degree in Electrical Engineering and Computer Science. She also holds two Bachelor’s degrees in Electrical Engineering and Economics with a 5.0/5.0 GPA. She kicked off her career with McKinsey & Company in 2000, working with global and Asian leading financial companies and regulatory authorities in 15 countries. She focused on strategy, innovation, operations and technology.

At present, Jessica is the CEO, COO, CIO and Chairwoman of Ping An Group Insurance (Group) Company of China, Ltd. She oversees ten internet and platform businesses under the group. She is also a member of on the board of directors for more than ten subsidiaries of Ping An.

Janet is part of the senior leadership team at UOB Group. She serves as the Managing Director of Group Channels and Digitalisation. She was previously the International Business Head for subsidiaries of multinational corporations of Bank of America Merrill Lynch’s Commercial Bank. With over 25 years of experience in corporate and banking, Janet works with Business and Technology partners internally and Fintech and ecosystem players externally. She was also the Director of Info-communications of Development Authority of Singapore until October 1, 2016.

Haslinda is the moderator of the panel. After graduating from NUS with majors in International Politics and the English Language, Haslinda began her career as a Markets Reporter with Bloomberg Television. She then moved on to cover Southeast Asian (SEA) and South Asian politics. She is currently the Chief International Correspondent for SEA, and the Host and Executive Producer of ‘High Flyers’, a talk show featuring the elite of Asia’s business.

Not only that, she also has experience reporting on financial and political developments including the Asia-Pacific Economic Cooperation forums, the bloody anti-government clashes in Thailand, developments in Pakistan as well as President Barack Obama’s first visit to Asia. Haslinda has previously interviewed world leaders such as founding father Lee Kuan Yew and Malaysian Prime Minister Najib Razak.

Many other female speakers will be participating in the conference. They include:

She is the Managing Director of CreditEase China for its global Fintech Investment Fund and Fund of Funds. She was also a 2016 Fulbright Fellow at Stanford University. Anju has over 25 years of experience in banking.

Laura Noonan is the investment banking correspondent at the Financial Times. She reports on the world’s biggest banks and trends across the global industry, from Europe, the US and Asia. Laura holds a degree in journalism from Dublin City University.

Viola Llewellyn is the co-founder and President of award-winning Ovamba Solutions, Inc. It is Africa’s first “FinTech” company which creates technologies to serve African SMEs with innovative Sharia-compliant finance products, eCommerce, and logistics services. She stands amongst the top 200 “Women in FinTech Powerlist 2016”.

Singapore FinTech Festival 2017 is set to happen from November 13 to 17. Read more to know why you should attend it.

5 Crucial Things to Consider When Buying a Small Business

A Handy Tool for Travellers and Entrepreneurs: Multi-Currency Accounts

How to Invest in the China Market and Stocks

Using Social Media To Boost Your Career Or Company Productively

8 Networking Groups for Entrepreneurs in Singapore