Home Invest FinTech Introduction To Cryptocurrency: What is Bitcoin? 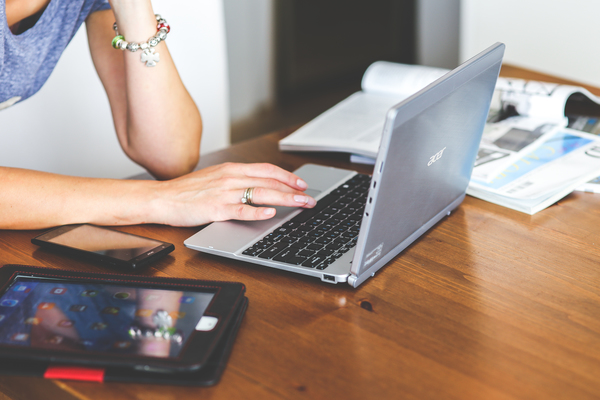 Cryptocurrencies sound exotic but one such currency is becoming commonly used alongside conventional payment methods in day-to-day transactions.  Bitcoin is a virtual currency based on peer-to-peer transactions. The open source currency is not controlled by any one entity such as a central bank or bank but rather is owned by the public.

Although not completely anonymous, many users like the basic anonymity of Bitcoin. No names, credit card numbers or other account information is required to buy or sell the currency.

How does it work? Bitcoin is used online as a virtual currency through a mobile payments system.  The payment is received through a link or QR code through your mobile wallet on your computer or mobile phone. A secure mobile wallet is essential to protect your Bitcoin transactions. You can choose from a dozen or so Bitcoin mobile wallets.

The virtual currency is enjoying a surge in popularity. It is trending in Google trends. In November 2015, Bitcoin was trading in the $440 range on Bitstamp when the Bitcoin/USD exchange volume surged above $40 million on November 5th. Major exchanges on which Bitcoins trade include Bitstamp, Bitfinex, and OkCoin. Bitstamp accepts payments through the European Union’s Single Euro Payments Area, evidence of how the currency is becoming more integrated with the conventional financial system.

Bitcoin is treated like a respected currency within its expanding community of users. It has organised exchanges, price indexes such as Coindesk.com’s Bitcoin Price Index Chart and a community of analysts that follow it and provide price forecasts.

If you do not want your spouse to know you are betting on the soccer games using the online betting system, Bitcoin allows you to transact online with some degree of anonymity. Merchants can integrate Bitcoin into their e-commerce application and receive payments.

Bitcoins can be used for payment formats that are prohibited or limited under current financial regulations. They include distributed crowd-funding services, tipping systems, low-trust escrow services, micro-payment channels and automated payment solutions.

Bitcoins are subject to a confirmation system that rates payments based on their level of reliability. If you pay “too low a fee,” your confirmation can take longer and your transaction may be rated low at 0: “Only safe if you trust the person paying you.”

Accepting payments is easy with Bitcoin. The currency has its own encryption system but is less complicated and costly than processing credit cards. If your business’ accounting system requires invoices, you can always issue a separate invoice alongside the Bitcoin payment or use an automatic invoicing system.

Bitcoins are issued in the currency of your choice. Therefore, like a foreign currency transaction or international PayPal payment, currency conversion is often required. Once sent, payments can only be cancelled or refunded by the receiver.

Many companies have been formed around the Bitcoin model and are playing a role in promoting the currency and providing related services. They include Bitcoin exchange CoinBase and payment platform BitPay, which deposits Bitcoin payments to your bank. Bitcoin is popular in the forex community, which naturally understands how to trade currencies. As well as being Bitcoin e-commerce users, many are Bitcoin traders who hope to profit if Bitcoin does go up to $600 in 2016 or falls.

Key to Bitcoin’s continued growth is the open source developer community. The software is free and tools can be found at the GitHub Repository. Bitcoin can be integrated directly into e-commerce and other applications that do not use other third-party APIs. You then become your own bank and payment processor. PCI compliance is not required as security is used on the client side.

The virtual currency has attracted some important investors, including the Founders Fund, which was formed by three PayPal founders, and Andreessen Horowitz. If you want to invest, you can join over 2,500 Bitcoin angel investors.

As an independent, unregulated currency, Bitcoin introduces a number of risks. Bitcoin is not backed by a government or central bank. This means that no one is intervening in the market in a coordinated, centralized way when the Bitcoin currency is volatile.

The virtual currency does experience wide price swings, which are exacerbated by illiquid markets. Therefore, saving Bitcoin is not recommended as its future value and existence cannot be guaranteed. Bitcoins should be converted into local currency within a reasonably short timeframe.

The high volume in Bitcoin trading in early November has been associated with a pyramid scheme developed by a trader behind a Russian Ponzi. Bitcoin analysts such as Newsbtc.com, however, point to a variety of fundamental factors behind the increased popularity of the cryptocurrency. More people are using the currency. An increase was observed in China after capital controls were imposed on the yuan. In October, Bitcoin became exempt from VAT tax in EU countries.

Read:  Foreign Exchange 101: How to Invest in the FX Market

Bitcoin could be subject to increased regulation in the future.  The biggest unknown regarding Bitcoin is if and how the regulators may respond as its popularity grows. Bitcoin has been under investigation for money laundering since its anonymous currency could attract those using it for illicit purposes, although it has not been charged with any crime.

Bitcoins are not anonymous, as many believe, as each transaction is associated with a publicly recorded address. When you use that address, your identity is revealed to the person on the other side of the transaction. Bitcoin recommends using an address only once to protect your identity.

One misconception is that you are free of taxes when you use Bitcoin. Bitcoin transactions are not regulated but they do not make you country-less. You are still required to pay taxes on income you earn, no matter whether the income is generated in major, exotic or cryptocurrencies.

Should I Use CPF or Cash When Buying a Property in Singapore?

8 Expenses Every Woman Should Plan For