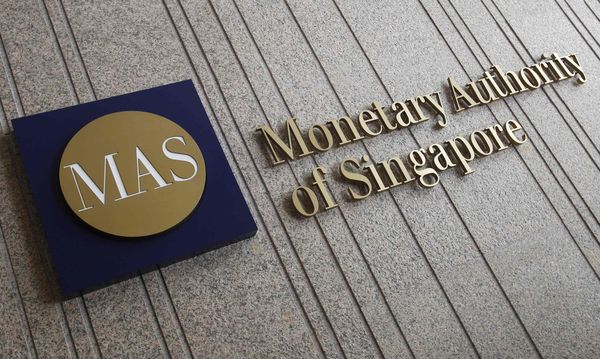 Singapore is unique in that the MAS is solely focused on controlling exchange rates (rather than interest rates) to regulate the country’s economic growth. In fact, the MAS is the only central bank governing a major economy to use exchange rates exclusively as their primary economic tool.

Other banks are focused on using domestic interest rates as well as influencing exchange rates. How can exchange rates spur or slow economic growth? While it may seem counter-intuitive, a lower valued currency is actually a very good thing from an international trade perspective.

The net impact of this should be more purchases (exports) as the value of the Singapore Dollar depreciates. Extrapolate this economic concept across all industries within Singapore – and we can see how currency devaluation can be a powerful tool used by the MAS to encourage export business.

This strategy is exactly what the MAS has been carrying out in recent years: driving the value of the Singapore Dollar lower in an effort to spur exports and therefore domestic growth. Keep in mind that the MAS is certainly not alone in this approach. The majority of Central Banks around the world have been carrying out the exact same strategy following the 2008 financial crises.

The only problem, however, is that this created a race to the bottom where everyone is trying to lower their interest rates to devalue their currencies. For instance, let’s consider a hypothetical situation where there are three countries: Country A, Country B and Country C. These countries had an exchange rate of 1:1:1.

In an effort to help its exports, Country A decides to devalue its currency by 50%. In response, Country B and Country also devalue their currencies by 50%. In the end, the exchange rate is 0.5:0.5:0.5, which is equivalent to 1:1:1, back to where they started. When every country’s currency is cheaper than before, then nobody’s currency actually gets cheaper, making currency devaluation quite ineffective as a tool to spur growth.

Growth of Currency in Circulation in Singapore vs the US, Data from the MAS and U.S. Federal Reserve

This two-country model is a very simplified view of the world. There are many more countries and currencies that the MAS must consider when making monetary policy decisions.

In 2015 for example, the United States accounted for just 6.70% of all exports leaving Singapore. The largest trade partners were China, Hong Kong, Malaysia and Indonesia – with these five countries accounting for almost half of all exports in 2015. It is for this reason that the MAS uses a basket of currencies when developing exchange rate policies.

The Basket of Currencies

By aggregating the exchange rates between the Singapore dollar and these currencies, the MAS can maintain relative weakness (or strength) relative to the majority of trade partners. The exact makeup of this basket is a guarded secret to prevent foreign countries from manipulating the balance of trade.

The MAS meets to change the course of their exchange rate policy two times a year, once in April and once in October. This is extremely infrequent relative to other major economies who will meet eight, 10 or even 14 times per year (Japan) to determine central banking policies.

For consumers within Singapore, these meetings are crucial and will drive the value of Singapore Dollars in your pocket, savings account and brokerage account. It will also impact the overall growth of the Singapore economy.

The MAS publishes minutes from these meetings and is a great starting point for any investor. It will be very interesting to see what might happen to global trade (and export-oriented companies) when interest rates begin to rise.