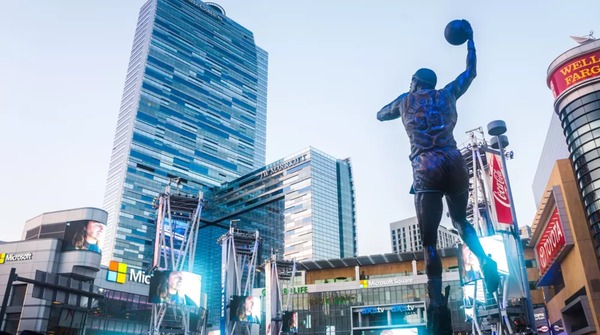 The global tech giant Amazon has been making headlines again. According to WSJ, Amazon is very keen on carrying live sports on its Prime program as an exclusive premium channel. However, live sports contents are the most expensive content available in the world. Can Amazon really do this? Why are they interested? What would happen if they succeed? We explore these topics one by one.

Why Would Amazon Want to Do This?

Amazon is intensely focused on one thing: bringing the best value to online shoppers. It is especially focused on doing so for its loyal customers under the Amazon Prime program. Prime is a subscription that costs $99 per year (or $10.99 per month) and provides perks like free 2-day shipping, music and video contents to its subscribers.

After the huge success of Netflix, Amazon has been aggressively growing its Prime Video library to buff up the value of Prime to consumers. No doubt it wants to fatten up its subscription package, even more, to provide greater value to its customers, attract more subscribers to its platform, and reduce the number of people cancelling their subscription.

Why is this important to Amazon? It’s because its 60mn Prime members spend more than 2x more than other customers on Amazon. According to Consumer Intelligence Research Partners, Amazon Prime members spend about $1,500 per year while others spend about $625 per year. Together with the $99 of annual subscription fees, that’s about $96bn of annual revenue! To put that number into context, Amazon is expected to make about $140bn in revenue in 2016.

Therefore, Amazon is incentivized to grow this customer base as much as possible, and make sure that they stay on the Prime platform for as long as possible. What better ways to do this than throw in more value (i.e. free stuff!)? They’ve been doing this already with Prime Videos, filled with its own set of really high-quality original shows, following Netflix’s formula. According to various estimates, Prime subscribers have grown by about 50% from 2015 while retention rates are extremely high at above 90%.

If Amazon is successful in signing live sports content, how much would it really cost them? The short answer is that it will cost enough to potentially wipe out its earnings, at least for the short-term. First, let’s consider the data.

Every year, traditional media companies like Disney (i.e. ESPN), FOX and CBS spend about $40-50bn in content cost in the US. A lot of this is spent on creating new content, buying old syndicated content, and for paying for live sports rights. Live sports has been hailed as the lynchpin of the traditional media business model, and it comprises the most expensive chunk of this 50bn dollar budget.

In comparison, two new entrants, Netflix and Amazon, are already spending about $10bn annually on content! This is significant because 1) these two companies have only entered the industry few years ago, 2) they are continuing to grow their spend extremely quickly (Amazon is expected to double their spend from last year) and 3) they are not even competing for live sports rights yet.

What would happen if Amazon starts to bid for live sports rights? These contents are already so expensive that they could wipe out Amazon’s profits, at least temporarily. For instance, NBA’s 9-year deal with ESPN is costing then about S$2.7bn per year until 2025, while NFL’s deal with ESPN will cost them $1.9bn per year. In comparison, Amazon made $4.5bn of operating profit in 2015 and is expected to make just over $6bn of operating profit in 2016.

With costs involved being counted in billions (if not tens of billions), there is a possibility that margins could shrink for all of the companies involved. This sounds quite familiar to what has been happening in the online video industry of China. The big 3 internet giants BAT (Baidu, Alibaba and Tencent) have been spending billions of dollars to grow their online video businesses, sometimes even spending more in content acquisitions than what they earn on those contents.

To make up for such a loss, Amazon will look to grow its Prime subscribers further globally in order to make up for its investment. Given its track record of aggressively spending to invest in its business and growing over time, it’s hard to argue against Amazon’s logic, will or ability to succeed. However, it’s unclear how traditional media companies will fare if and when this happens. They don’t have many other business models to rely on the way Amazon does.

Because of the major sports rights are signed until well into 2020’s, Amazon will not be able to make a dent in this area anytime soon. More likely, they will have to start with some of the more “minor” sports like lacrosse, cricket, etc.

However, this is a really bad news for the traditional media companies over the long-run. With all the fears around “cord cutters” who prefer to watch their videos online instead of through cable TV packages, these companies have been relying on live sports to maintain their customer base. If you want to watch NBA game live, you have to watch it on TV. Because of this dynamic, media companies have been desperately bidding for sports contents, and content costs have been increasing by multiple folds every time they renew.

On the other hand, sports rights owners like NBA, NFL and MLB care about making the most money; they don’t care about where or how it’s watched. When renewal negotiations start sometime between 2020 and 2025, Amazon (and potentially Netflix) likely will increase pressure in the bidding, and drive up these prices further.

If they are lucky, Amazon and Netflix might be the ones quoting the highest prices (and at least Amazon already has the balance sheet to do so). Even if ESPN were to keep the sports rights, it may have to pay a significantly higher cost than it would otherwise because of increased competition.

If they are lucky, Amazon and Netflix might be the ones quoting the highest prices (and at least Amazon already has the balance sheet to do so). Even if ESPN were to keep the sports rights, it may have to pay a significantly higher cost than it would otherwise because of increased competition.

Filing Your Taxes: DIY vs. Hiring A Professional

How to Protect Your Home From Unexpected Misfortune