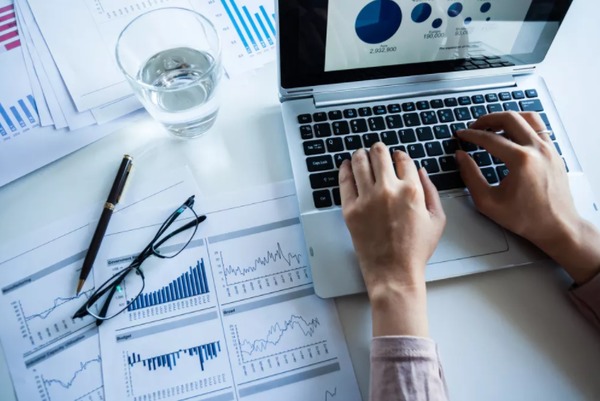 First, the runner-up is our calls on individual companies. Specific companies we’ve discussed include Facebook, Amazon, Snap, DBS, HTC, Nintendo, Activision (a US game company), Oracle (a software giant), ZTO Express (a Chinese post service company), Naver (a Korean internet conglomerate) and Hanssem (a Korean furniture company). Below is a brief summary of each article, how the companies & their stocks have fared in 2016, and what we expect for 2017.

We’ve written about the global social network landscape on numerous occasions. Overall, our view has been quite consistent: Facebook is dominating, Naver’s Snow has had some great success, and Snap (the parent company of Snapchat) is beginning to falter. While stock performances since the date of our publications haven’t been too great (both Facebook and Naver stocks have declined slightly since our publication), both stocks have done quite well overall in 2016. Facebook stock has increased by about 19% in 2016, while Naver’s stock has increased by about 27% in 2016.

Not only that, Facebook is doing quite phenomenally in terms of its operational performance, especially relative to Snapchat. What’s worth pointing out is that Instagram has been frequently overtaking Snapchat in iOS download rankings in the US since November, a feat that has not happened basically ever before.

Instagram rolled out its Snapchat like “24-hr video” feature called Instagram Stories, and even began to introduce other copycat features like filters. This strategy seems to be working and seems to be forcing Snap into a hurried IPO.

For this, we give ourselves a score of 67% for getting the operational trend & overall stock momentum correctly, though the short-term timing of our writing has influenced the performance since publication. Not only that, we expect this trend to continue in 2017.

When DBS acquired ANZ’s Asia business, we wrote an article indicating that this is a boon for investors while it could hurt consumers. The main thesis was that ANZ’s Asia business was subscale and thus unprofitable, something DBS could fix relatively easily given its huge presence in SE Asia. Furthermore, consolidation in any market usually leads to reduced competition, meaningless credit card benefits and higher loan rates for consumers.

This assessment seems to have been somewhat accurate. DBS’s stock has increased by 15% since the date of our writing (Oct 31, 2016) and 8% for the whole year of 2016. We also begin to see some changes in credit card benefits from DBS’s subsidiary POSB.

While it’s probably too early to expect major changes in card features or loan interest rates, we’ll be looking out for more pieces of evidence in 2017.

On 9 September, we wrote a piece about how HTC’s current success in virtual reality is likely to be short-lived. The main point of the article was that HTC controls neither the ecosystem of video game developers nor the operating system, thereby lacking the advantage to compete against bigger players like Oculus, Sony or Valve (Steam’s parent co).

Since our publication, HTC’s stock has declined by 7%. It’s important to remember, however, that HTC’s stock was at 120 TWD earlier in the year, which means it has declined by about 30% from its peak in 2016. We continue to believe that HTC will lose its glory in VR market as other players begin to flex their competitive advantages.

For those who are not familiar, ZTO Express is a Chinese parcel company that specializes in long-distance delivery. Right after its IPO on Oct 28, we wrote about concerning sides of this company’s business model, competitive positioning and valuation of the stock. Not surprisingly, its stock has declined by almost 30% from $17 to $12.19.

This company is stuck in a large value chain with many middlemen, while there are players like JD (an Amazon of China) that is cutting out as many middlemen as possible to lower costs for consumers.

Hanssem is a very interesting furniture company in Korea. It specializes in custom-made wardrobes & kitchen refurbishments that are available at very low prices. We’ve done an extensive analysis of its business model & stock, and published an optimistic presentation on its stock in August. Since then, the stock has increased by 30%. We look forward to doing more company analysis like this in 2017.

We’ve written about these three companies regarding their strategy in media as well as their prospects for being acquired. Specifically, we have been quite optimistic about Amazon & Netflix’s ability to continue to grow their customer base, and eventually, begin to acquire live sports rights. Furthermore, we’ve also argued that Netflix is a strong acquisition target for a number of companies, while Twitter likely will not get acquired.

While these sentiments have not been entirely reflected by the short-term changes in the stock prices (we’ve only published these articles two months ago), it seems that our predictions have been largely accurate.

Amazon is publicly shopping around for sports rights (even bid for cricket rights already in October), while Netflix has mentioned interest in creating its own sports league (e-sports, anyone?).

Twitter did not get acquired, and its stock is continuing to struggle. We expect both Amazon and Netflix to continue their success in 2017 and explore opportunities in sports media, while Twitter likely will continue to struggle and will not be acquired at any price above $10bn.

Some of the other companies we’ve written about are Activision, Tencent, Nintendo and Oracle. However, we did not make specific commentaries about most of these companies. Rather, we made commentaries about the success of their individual games, like Overwatch, League of Legends, and Pokemon Go.

As we predicted, both Overwatch and LoL are growing at a maddening pace, especially in the e-sports realm, while Pokemon Go has already faded into history. Google’s Allo was also a complete flop and has barely made a dent in consumers’ minds.

Oracle, on the other hand, is a software company. We noted how its acquisition of NetSuite is quite uncharacteristic and reflects the potential problem that Oracle is facing in face of competition from new players that have developed cloud-based SaaS software products. Oracle stock has traded down -6% since our publication.

The second runner-up is our market calls. We’ve mainly discussed the global stock market expectations as well as the venture capital market trends in Asia & the US in 2016. So far, we seem to be right on the money for both. First, we’ve written about the bubble that has been forming in the VC market around the world, and how it’s going to pop. Turns out, the VC market in India popped this year, and even the super-star startups in the US began to lay off people in face of difficult times.

For stock markets, we’ve been warning about difficult times to come. Indeed, most stock markets in the world have been struggling, and the capital flight from the rest of the world has been propping up the US equities market. This is a scary situation, especially when consumer debt is so high and interest rates are beginning rise. We think 2017-2018 will be a critical period with a meaningful chance of a watershed event occurring in the financial markets.

Below is a summary table of the accuracy of our analysis in 2016. Luckily, we have been right about most of them, and hope to be able to add more value to our readers in 2017.

Home Ownership in Hong Kong: Should You Buy or Rent?

6 Reasons Why More Money Is Not Everything & Goals You Should Be Setting...