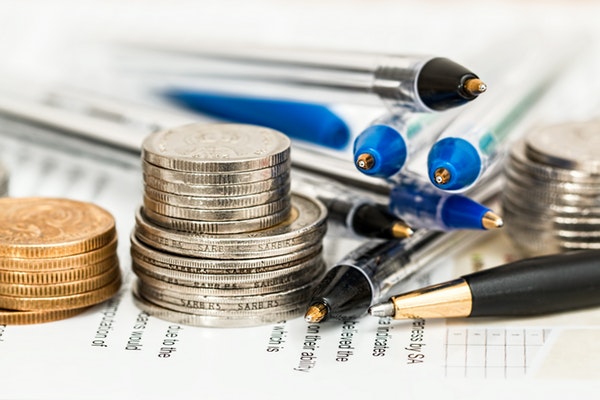 Last week, we wrote about how the ETF industry has exploded over the past few years. A record US$3.4 trillion in assets under management (AUM) are now held in ETFs. That’s a nearly 17-fold increase since 2003. Investors have already sunk $391 billion into ETFs so far in 2017, according to industry consultancy ETFGI, surpassing last year’s record in just seven months.

This growth is part of the larger trend of passive investing. This has been great for everyday investors… their portfolio performance has been a lot better than actively managed funds. But passive investing is becoming a snake that’s eating itself… and the unintended consequences of a good thing could turn into something bad.

Passive investing involves investing in a buy-and-hold strategy through an ETF or index fund that simply tracks an index.

It works – well. Depending on the fund, somewhere between 71 percent and 93 percent of active U.S. stock mutual funds have closed or underperformed the index funds they are trying to beat, according to Morningstar.

What’s more, passively managed funds are a lot cheaper… expenses can be just three or five percent of the fees of actively managed funds. Over time, that kind of expense difference can have a huge impact on performance.

So, the average investor might as well have left his cash in the bank – he would have at least not spent money on trading fees. Most fund managers don’t beat the market either… even though that’s their job.

As a result, passive investing is in the midst of a big boom. Over 40 percent of all funds under management in U.S. equities are passive investments. Industry estimates suggest that number is expected to grow to 50 percent by 2018.

The profound effect of passive investing

At Stansberry Churchouse Research, we’re fans of ETFs. Most of the time, ETFs are good for everyday investors. Remember, ETFs are simple, low-cost and often outperform more active funds.

But at a certain point, if too many investors follow the same benchmark, the benchmark becomes the tail that wags the dog.

For example, the continued flood of money into index-tracking funds is having a big impact on overall market liquidity. And it’s also distorting the valuation of stocks that are in the indices.

Just consider… Vanguard Group (one of the world’s largest investment companies) now owns at least a 5 percent stake in 491 stocks in the S&P 500… that’s up from just 116 companies in 2010. And Vanguard now owns almost 7 percent of the entire index, according to the Financial Times.

And since 2009, clients at Bank of America have dumped US$200 billion worth of individual stocks… and bought US$160 billion worth of ETFs instead. ETFs now make up 24 percent of trading in U.S. equities… that’s up from 20 percent back in 2014, the Financial Times reports.

Last summer, investment firm Sanford C. Bernstein released a report titled “The Silent Road to Serfdom: Why Passive Investing Is Worse than Marxism”. That’s a bit much – but its main point was that index investing can lead to mispricing of stocks.

No less an authority than the grandfather of passive investing, Vanguard Group founder John C. Bogle, thinks that indexing can get too big for its own good. “What happens when everybody indexes?” he asks. “Chaos, chaos without limit. You can’t buy or sell, there is no liquidity, there is no market.” (Not surprisingly, he only sees this danger if passive investing gets a lot bigger than it is now, though.)

Passive investing means investors are focusing less on company fundamentals – they’re less interested in distinguishing between well-run, growing companies, and poorly managed companies. They’re not focused on determining what shares are cheap and which are overvalued. Instead, they’re throwing their money at an index, regardless of its composition.

In other words, no one is kicking the tires of sectors and companies to check their fundamentals… passive vehicles are just investing in 500 stocks at a time, with capital allocated to each stock depending on nothing more than their market cap, regardless of changing circumstances.

As the Wall Street Journal recently explained in an article titled “The Dying Business of Picking Stocks”:

“Passive funds are designed only to match the markets, so investors are giving up the chance to outperform them. And if fewer managers are drilling into financial reports to pick the best stocks and avoid the worst – index funds buy stocks blindly – that could eventually undermine the market’s capacity to price shares efficiently.”

Also… the law of passive investing means that the de facto asset managers of hundreds of billions of dollars become none other than the people who create the indices that are followed by ETFs. The rules that govern what stocks are allowed into the golden gates of the biggest indices are probably among the most important – and least scrutinized – investment dictates in the world of finance today.

(We’ve already seen how MSCI, one of the world’s biggest index companies, calls the shots with China’s A shares. And that’s only a tiny window into the outsized influence that MSCI and its peers have on markets.)

What should you do?

When it comes to ETFs – just like with beer and fast food – moderation always works best. So use ETFs by all means – but don’t use them exclusively.

Also remember, not all ETFs are good. Some, like these ETFs in Vietnam, has a terrible record of tracking their benchmark index. Just because an ETF promises to track an index, it doesn’t mean that it will deliver on that promise.

And tracking error is just one of the risks that come with investing ETFs. As the ETF market has grown, providers have developed more exotic – and risky – products to stand out in this increasingly crowded field.

These products track daily returns, so short-term traders can make a quick profit. But over time, these ETFs can seriously underperform their index (especially if it is more volatile), as we’ve written before.

And maybe most importantly, index investing isn’t the final word. There’s still a place for stock analysis and selection. It’s not for everyone, of course. But if you know what you’re doing – or, you find someone who really does know what he or she is doing – listen to them.

How To Start Investing In Your First Equity

Should You Get a Personal Loan for Your Business?

Should You Consider Going to a Pawnshop for Money?