Home Invest Are you investing with one eye closed? Ask yourself these 3 questions 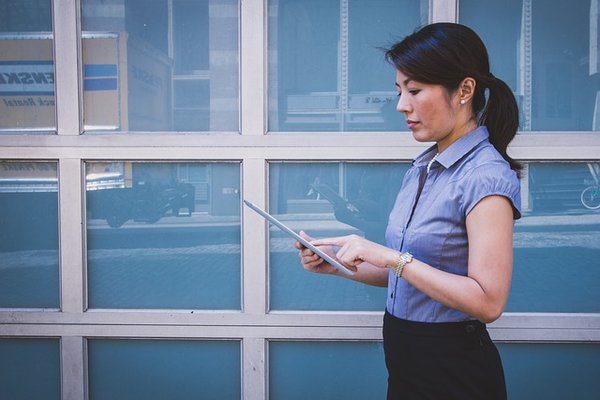 The numbers part of investing in a stock is the easy part. Is the stock cheap or expensive – relative to the market, the sector, and its history? How do the financials look? What’s the cash flow like? These are all crucial to the stock analysis process.

But for a lot of people, that’s where the analysis ends. That’s not good. If you’re driving with only one eye, you can see what’s right in front of you, but you can’t see the motorbike creeping up on your side, or the truck growing larger in your rearview mirror.

And when you’re trying to understand a stock, if you’re only looking at the numbers, the chances that you get rear ended – or, worse, lose a lot of money on a bad investment – are a lot higher.

What follows are three questions that are part of a “second eye”… asking questions beyond the numbers in high-risk, high-return emerging and frontier markets, as well as the most boring and stable stocks in dull, developed markets.

Are you getting caught up in the moment?

In late 2014, to great fanfare, the United States and Cuba – an island 177 kilometres off the coast of Florida that (according to some) posed a grave and existential threat to American sovereignty – re-opened relations, after a 54-year freeze. Eager stock investors raced to invest in Cuba – even though it had (and has) no stock market. Instead, a conveniently named closed-end fund with the ticker symbol CUBA had a ready answer.

CUBA invests in the shares of companies that stand to benefit from economic opening and growth in Cuba. With Cuba all over the news, in late 2014 investors piled into the lightly traded CUBA fund, doubling its share price in two weeks.

The premium of the shares (relative to the underlying value of the portfolio) peaked at an incredible 71 percent, meaning that investors were paying $1.71 for every $1 of assets. (Needless to say, neither the earnings or the forecast earnings of the stocks in CUBA doubled during those two weeks.)

I visited Cuba a few months later… and as was clear to pretty much everyone (who wasn’t rushing to buy CUBA shares), Cuba had, and has, a very long and difficult path in front of it.

The excitement of renewed relations with the U.S. was more than public relations, but – contrary to what the CUBA share price suggested – it had very little immediate relevance to the financial performance of companies that stood to benefit (eventually) from the opening of Cuba.

At the time I told my readers to stay away from CUBA.

And what’s happened since? CUBA shares are down 43 percent from their “oh joy Cuba is opening up” euphoria peak in late 2014. Cuba (the country) is still opening… and will do so for another generation or two.

Are you getting caught up in the moment? Cuba and CUBA were a great story, but a terrible investment.

If it’s government-owned, who gets the cash?

Russia’s Gazprom is the world’s largest gas company, based on total reserves (of an impossible-to-comprehend 36.4 trillion cubic meters). It supplies one-third of the natural gas consumed in Europe.

Back in Soviet times, Gazprom was big enough to be an entire government ministry on its own. It has supported entire remote cities in Siberia and sponsored football teams.

That’s all fine for Gazprom and for Russia. But it’s not great for minority investors – people like you and me.

The company is as much a geopolitical hammer – used to threaten or cajole its customers from Europe to China (twist a few taps, and no more gas for Ukraine, say) – as it is a gas company.

And, of course, Gazprom is also a convenient source of cash to top up well-placed ministers’ retirement plans. (Persistent rumours suggest that Russian President Vladimir Putin is one of the richest people in the world, a remarkable feat given his US$136,000 annual salary.)

I’ve seen any number of investors get excited about asset-rich Gazprom without asking the critical question: Who benefits if the company makes mountains of money?

In the case of Gazprom, lots of people benefit – but minority shareholders rarely do. The shares are down 86 percent from their all-time high in 2008. There are a lot of reasons for that bad performance… many of which lead to the fact that the company is managed like a big ATM for the Russian government and friends.

If you’re investing with one eye, though, you’d see Gazprom as a cheap gas stock…

If a stock is very, very cheap… what’s the trigger?

But the problem is, Gazprom shares have been cheap forever… and certainly since May 2008, when the stock reached an all-time high at a market capitalization of US$366 billion – compared to US$50 billion today. And in recent years the only time that the shares have not been cheap was when earnings collapsed (which is the worst reason for a P/E ratio to rise).

We’ve talked before about value traps, which are stocks that seem cheap on a valuation basis (that is, using the price-to-earnings ratio or a similar measure)… but in reality aren’t that cheap at all (or else remain “cheap” indefinitely).

Gazprom shares have been cheap for as long I can remember. (And I’ve been keeping an eye on the stock ever since I first started working for a Russian brokerage in Moscow back in 1996.)

What could change that? A value trap can stop being a value trap – and become an attractive, under-valued investment – if there’s a trigger for change. A change in management, a big change in the industry, higher commodity prices, a regulatory change – all of these things can turn a value trap into a great investment.

However, the Russian stock market has been cheap forever too – so in context, Gazprom shares aren’t all that cheap. And is there a catalyst? Perhaps… but I’ve seen generations of

Russian stock analysts (going back to when I started to be one myself more than 20 years ago) think that things are really changing in Russia, in a way that would permanently improve the valuations of its stock market. And it hasn’t happened yet. Holding those perma-cheap stocks represents a steep opportunity cost.

So when you’re looking at that cheap stock… ask yourself, why is it cheap? And how much (more) grey hair will I have before there’s a reason for that stock’s valuation (and price) to be higher?

Of course, these three questions are only a start. And investing with both eyes open isn’t easy. It takes work and research and experience… and even if a stock passes the “both eyes open” test, there’s no guarantee that its share price will rise. But at least the chances are better.

Things to Consider When Purchasing Your Insurance Policies