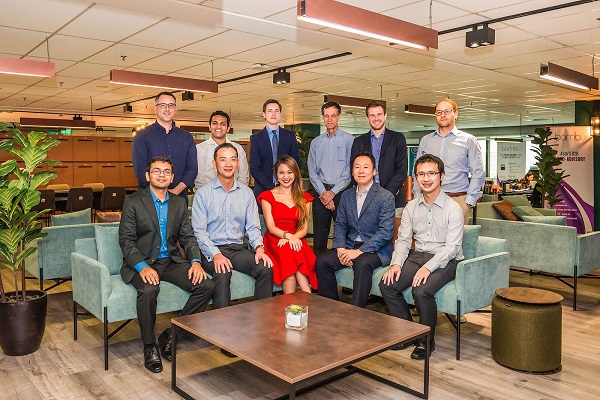 When it comes to financial technology, the Singapore Fintech Association is one of the leading organisations that comes to mind. Also known as SFA for short, this non-profit organisation offers a unique platform for various stakeholders. At least, within the FinTech Industry in Singapore. The goal is to provide them with a platform that will allow them to collaborate and work together. It opens a convenient channel so members and industry players can communicate and solve issues that are relevant to them.

As one of the leading proponents in the financial industry’s digital age, the SFA is bent on making an impact in the lives of consumers and businesses alike. The group is guided by a three-pronged approach in pushing the group into the 21st century.

The people behind Singapore Fintech Association

Mr. S Iswaran, Minister for Trade and Industry, shared how technology and innovation are creating new possibilities and this ripples out to even the financial industry. This is one of the reasons why financial technology is growing by leaps and bounds in the country. With this, industry movers and shakers bonded together to build the Singapore Fintech Association from the ground up as a venue for its growth. And who are these movers and shakers?

Here are the remarkable people who got together to put the SFA into motion.

A self-confessed disruptor of the financial industry, Hock Lai Chia does this to make the industry more efficient, as well as inclusive. This is why he sits as the president of the Singapore Fintech Association. He understands that “customer expectations are driving the digital transformation” – this obviously includes the financial sector. With 18 years of experience in the financial industry, he is also a fellow of the Singapore University of Social Sciences and an advisor and mentor to both FinTech startups and projects.

The Singapore Fintech Association couldn’t have chosen a better secretary than Richard Hartung to start off its journey. His 20-year experience is sure to come in handy in guiding the group. After all, he had quite an experience with Mastercard as the head of Asia Pacific Operations and Systems and also Keppelcard as a Card Center Manager. He is also a freelance writer for GTnews and Today newspaper.

Subhajit is no stranger to the Fintech industry as he has been putting in a lot of his time in building new businesses with his Fintech expertise. He has also delved into the capital markets trading and managing money along the way. He has been a part of LumenLab | MetLife Innovation Centre from being an MBA intern to a senior manager. Subhajit is now one of its directors building insurance application on BlockChain from an end-to-end business to consumer approach.

He is a lawyer by profession focusing on the telecoms and technology landscape. That makes Adrian Fisher one of the valued members of the founding committee of Singapore Fintech Association. In one article, he writes about how “Fintech has taken the tech and financial industries by storm, and is seen by many as the next wave of disruption that will change how financial services are provided and consumed.” He works closely with clients, helping them understand and comply with the legal requirements as they execute transactions. Fisher used to work in Geneva as a legal officer for the World Intellectual Property Organisation. This was before he moved to Hong Kong, Shanghai. He also stayed in Sydney before settling down in Singapore. 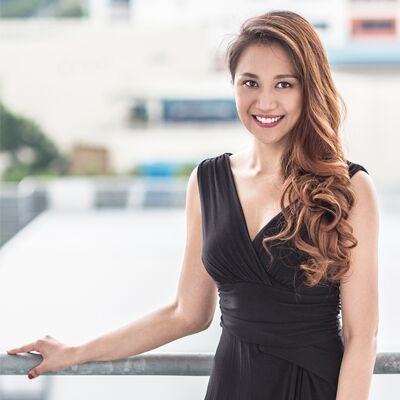 The only woman on the founding committee of the Singapore Fintech Association, Anna Haotanto heads the Women in FinTech and Partnership committee.

She is widely respected as one of the advocates for women in technology and has organised many events. She is a clear and defining voice in the female community. She has won numerous awards and appeared in most publications.

She sets out to be one of the driving force in uplifting women’s financial literacy in the country. “We have a clear objective of increasing the visibility of women in fintech, whether they’re entrepreneurs, or work for a c banks or regulators.” Currently, she is the CEO of The New Savvy and President of the Singapore Management University Women Alumni. A self-confessed geek, she admits to regularly investing in buying financial books to help her grow and improve her craft.

Anson is one of the most seasoned members when it comes to the FinTech industry as well cryptocurrency and blockchain. He is a product of Columbia Business School and the University of New South Wales. As a result, he is the CEO of a payout service using blockchain technology called CoinPip. He is even an instructor for Asian Development Bank conducting blockchain and FinTech workshops.

Gerben calls himself a technopreneur as he mixes his passion for the internet, finance, and technology under one hat. He believes that “the Singapore government is pro-business and good at executing its plans, it would soon start pushing Singapore as a fintech hub”. He would know after being a part of the banking industry for most of his life. Gerben had his stint with Citigroup, Bank of America Merrill Lynch, and RBS, Bank of America Merrill Lynch. He now takes on the FinTech industry as a founding committee member of the Singapore Fintech Association.

As one of the committee members that started the group, Joe Seunghyun Cho is also the chairman and co-founder of Marvelstone Group. It is a private investment firm that aims to invest in growing businesses with finance at its very core. As with any investment firms, it also diversified into other industries such as energy, real estate, and especially technology.

Listed as one of the Forbes’ Asia’s 30 under 30, he is currently one of the biggest FinTech influencers in the whole of Asia-Pacific. Having founded Startupbootcamp FinTech, he has nurtured it to be one of the largest programs in the FinTech world. It now has accelerator programmes all the way from Singapore to London and even New York. Markus has been working with hundreds of startups in Asia as he envisions bringing changes and improvements to the fundamentals through which businesses and even consumers experience finances and banking.

Rob Findlay has a diverse set of skills ranging from branding and design execution, online advertising, customer experience, and even in the emerging markets. Starting his career with his own design and branding company, he made his mark in the creative industry. He, later on, took on the financial industry as the lead in customer experience for both National Australia Bank and Oversea-Chinese Banking Corporation. He also became the founder of Next Money. Here, they put together conferences which aim to discuss key global topics including FinTech.

Varun Mittal, without a doubt, is a great addition to the founding committee of the Singapore Fintech Association. He has had experience in digital marketing, vendor management, new business development, and international sales among others. He worked previously as the first sales and marketing employee for HelloPay. At present, he is the Associate Director of Fintech EY.

This group of remarkable individuals has successfully started the Singapore Fintech Association as well as a revolution. They are not even halfway done with what they can contribute to the country. Without a doubt, the SFA is altering the financial landscape of Singapore.

6 Worst Financial Advice for Women To Avoid When Financial Planning

4 Important Factors To Consider Before Investing

How can Bankruptcy Compromise Your Financial Future?