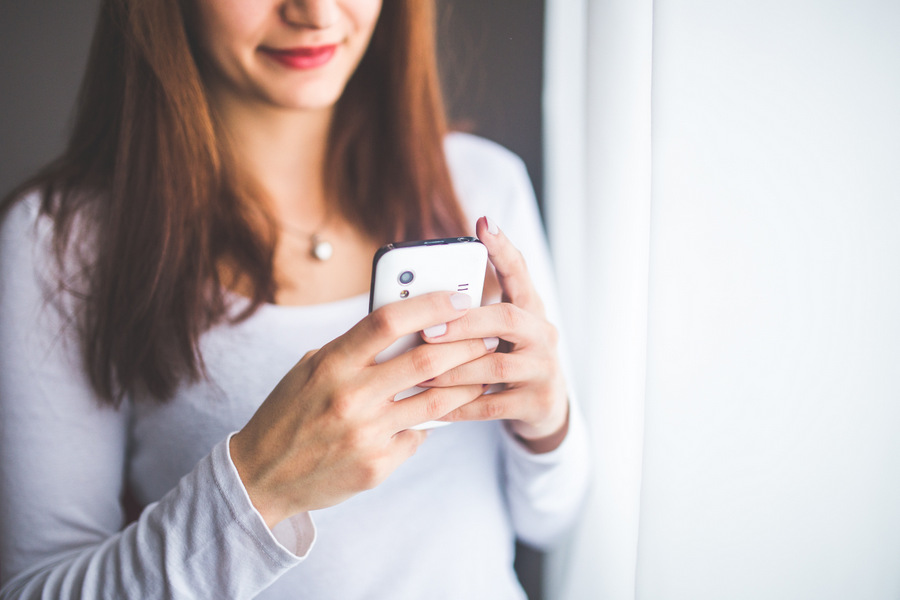 Four years ago, Mark Zuckerberg surprised everyone when he married his Harvard girlfriend, Priscilla Chan. One of their wedding guests – Priscilla’s ex-tennis coach – recalls visiting the couple soon after the ceremony in their house in Palo-Alto: “When I entered, Mark was sitting at a kitchen table working on his computer. Priscilla introduced me, he smiled and said: ‘Behind every successful man there is always a great woman’”.

In the world of startups alongside some successful male founders, there is a great female FinTech founder.

Even venture capital firms are making an effort to be more inclusive—earlier, Monique Woodard joined VC firm 500 Startups as her first African-American partner. Still, tech-industry (and FinTech developments too) clearly have a long way to go toward representing a full range of voices.

The problem comes down to attitude. It’s not that the tech industry doesn’t want to become more diverse. It’s just going about fixing the problem the wrong way. “The industry sees diversity and inclusion primarily as a human resource issue,” according to the Project Diane report, “but not a market opportunity.”

It’s not a secret that the technology and finance industries have diversity issues. FinTech as a combination of both industries might have amplified problems. Here are a few female founders who drive FinTech, the most attractive and the fastest growing new industry now.

Run by Alibaba co-founder Lucy Peng, Ant Financial —who spun off into her company in 2011—began as an outgrowth of AliPay. Since then it has expanded into a full-scale financial services firm. A former econ teacher who shuns the spotlight, Peng has two high-profile roles with China’s e-commerce giant Alibaba.

She is a Chief People Officer—overseeing the 35,000 people working for the company—and CEO of Ant Financial, the biggest fintech-startup in the world right now.

Melinda Gates has cemented her dominance in philanthropy and global development to the tune of $3.9 billion in giving in 2014 and more than $33 billion in grant payments since she founded the Bill & Melinda Gates Foundation with her husband in 2000.

Much of her attention now is focused on the championing investments into financial inclusion (support of mobile wallets like M-Pesa and B-Cash across Africa and Asia), women and girls around the world.

Alexa von Tobel, whose startup LearnVest was featured on our list of the world’s Most Innovative Companies, sold her company to Northwestern Mutual for what sources tell Fortune is more than $250 million. Von Tobel, a business school dropout, launched the New York-based company in 2009, and initially targeted it toward women to help them better understand and manage their finances.

The site eventually expanded beyond those early ambitions and eventually grew its user base to around 1.5 million visits per month, offering a personalized and education-focused alternative to competitors in the space such as Mint. Alexa von Tobel is more than the CEO of LearnVest — she has emerged as a well-known thought leader in the financial tech space.

She authored a New York Times bestselling book titled Financially Fearless, actively contributes to prominent news outlets, and regularly speaks at conferences. She has also been named to scores of “top” entrepreneur watch lists and is widely known as an expert in and advocate for financial health. Her vision and persona have been a major driver in the success that LearnVest has achieved.

Lisa Falzone is a co-founder and CEO of Revel Systems, an award-winning iPad point of sale solution for single and multi-location small businesses and enterprises. A graduate of Stanford University where she was a competitive swimmer, Lisa led her Silicon Valley-based startup since its creation in 2010 and has been pivotal in turning the often “old school” perception of the point of sale on its head, beating out established competitors and new market entrants alike.

She has raised over $115 million in funding for Revel and has grown the company to more than 300 employees worldwide. Lisa’s achievements as a young female entrepreneur have been recognized through numerous prestigious awards such as Forbes ‘30 Under 30′, Forbes ‘Women To Watch: Eight Rising Stars’, Business Insiders “30 Most Important Women Under 30 In Tech”, San Francisco Business Times ‘40 Under 40′, and Business Journal’s “Upstart 100”.

Mah started her first tech business at 12, founded inDinero at 19, crashed it at 21 and made the cover of Inc.’s 5000 issue for outstanding three-year revenue growth of more than 2,500 percent. InDinero hired more than 100 employees in 2015 and is on pace to double its staff this year.

As a CEO at inDinero, she’s empowering other startups and small businesses (up to the 100 employee mark or eight figures of revenue) with outsourced accounting and tax services.

She answered what entrepreneurship meant to her:

“It means blood, sweat and tears and joy and teamwork and throwing your whole self into your business so that your team can all be better off in their careers and life.  Being driven isn’t enough; you have to possess a combination of quick, accurate decision making while tempering that with longer term, methodical patience. Everyone says you have to be ready to fail, but also be willing to fail fast. Especially in tech where seconds can be a lifetime, you need to try things aggressively and make the necessary pivots and changes on the fly.

Michael Kent and Marta Krupinska to found Azimo, a London-based fintech startup that provides a cheap and simple way for people to send money abroad via a website or app. At the time, remittance fees charged by banks and bricks-and-mortar services such as the Western Union averaged at around ten percent.

By contrast, Azimo’s transfer fees start at £1. “Our aim is to offer lower cost, better quality remittances. We want to streamline the process as much as possible, so you can send money to your phone and carry on with your life rather than having to go into a physical shop,” explains Marta Krupinska, a Polish expat and the co-founder of Azimo, and one of the most active femtech-ambassadors (together with Azimo’s CBD Dora Ziambra).

In March 2016 Sallie Krawcheck, co-founder, and CEO of women-focused digital investment platform Ellevest joined the board of Blythe Masters’ Digital Asset Holdings. Ellevest is backed by $10 million in funding from some of the biggest names in the investment business, including Chicago-based research firm Morningstar and Mohamed El-Erian, the chief economic adviser at Allianz.

Both women are veterans of the nation’s biggest banks: Krawcheck comes from a long finance career at Bank of America Merrill Lynch and Citigroup.

Sallie Krawcheck, once a Wall Street titan and now a serial entrepreneur, has long been an important member of Fortune’s Most Powerful Women community: “In my 20s, I was an investment banker; in my 30s, a research analyst; in my 40s, I managed and led large, complex businesses; and now that I’ve entered my 50s, I’m an entrepreneur.

Four decades, four separate—but related—careers, each building on what came before.”

The 7 Must Have Traits for a Successful Entrepreneur

Gloria Kimbwala is an engineer in Square, and also a campus program specialist. She went through Square’s College Code Camp exactly two years ago. Kimbwala attended Code Camp when she was pursuing her master’s degree, in which she was the only female engineer in her program.

Today, she’s running it. Code Camp, now in its sixth session, is a five-day program at Square designed to immerse young female computer science or engineering majors in coding workshops, leadership sessions, and a hackathon.  “Because I’m an engineer, I like to look at problems, and things I see are problems,”

Leanne Kemp has set herself an ambitious goal: stamping out diamond fraud and theft (and after – fine arts, expensive watches, and cars, etc.). She’s the founder and CEO of London-based Everledger, a startup launched in 2015.

It has built a global digital ledger — the first of its kind — that collects dozens of cross-reference-able data points on each recorded diamond in an attempt to inject transparency into the market and eliminate associated criminal activity. Britannia Mining announced the formation of a strategic alliance with Everledger.

Anna as a COO and Stas Matviyenko as a CEO founded their first fintech-startup AdviceWallet in Kiev about three years ago. More than one year ago they relocated to San-Francisco and launched their new venture – AllSet. Many people had moments where they were frantically flagging down a waiter because everything’s taken longer than expected, leaving them to try to pay the check and get to their next meeting in just a few minutes.

One (sad) solution is to eat at your desk, but AllSet is taking a different approach, by making the sit-down lunch process more efficient. You can make a reservation, place your order and even pay directly from the app.

You can find more great examples of female entrepreneurs inside inspiring “Femtech and Fintech” report by Life.SREDA VC.

Tips To Organize Your Finances After Your Spouse Dies

5 Money Mistakes You Should Avoid in Your Marriage