Home Invest FinTech If Cash Isn’t “Dead,” Then What Is It Being Used For?

Bank of International Settlements (BIS) recently published a study showing that cash is not dead, and in fact is quite alive. In fact, they show that cash in circulation has been growing in in advanced economies since the start of the global financial crisis.

But, to use this finding to conclude that daily use of cash has been growing intuitively seems like an overly simplified observation. Our team at ValuePenguin dug into the data to find more clues as to what is really happening in the battle between cash and other modes of payments, especially in Singapore.

Taking a Closer Look at the Apparent Growth of Cash

On the surface, cash indeed seems to be growing healthily. For example, the Monetary Authority of Singapore shows that Singapore’s cash in circulation has grown by 8% per year from S$11.6bn in 2000 to S$45.8bn in 2017. Considering that Singapore’s GDP has grown by about 6-7% per year in the same period, this may seem to a casual observer that cash actually has been experiencing a remarkable growth.

However, there are other important data points to consider. For instance, Bank of International Settlements shows that value of card payments in Singapore has almost doubled as % of GDP from 10.9% in 2000 to 20.8% 2016. This growth rate is nearly 3x higher than the 30% growth for cash in circulation as % of GDP.

By combining these figures with the government data on consumption, it’s even clearer that card has been replacing cash. For example, the total value of card transactions in Singapore has increased by 11% per year from S$15.9bn in 2000 to S$88.5bn in 2016. Now, card payments comprise 57% of consumption in the country as opposed to mere 23% it comprised at the beginning of the millenium. Conversely, non-card transactions (i.e. cash transactions) has remained relatively flat over the years, growing only 1.4% per year from 2000 to 2016. In fact, non-card transactions now only comprise 43% of consumption in Singapore, down significantly from 77% it comprised in 2000.

There are couple plausible explanations for the rapid cannibalisation of cash by cards. First, the growth of internet and e-commerce has favored use of credit cards and debit cards as they provide a more seamless transactional experience than cash. Secondly, banks have been enticing many consumers to replace cash with cards in their wallets with credit card rewards in form of points, cash rebate, miles and promotional welcome bonuses. When prices are the same regardless of the payment methods, consumers naturally choose a more convenient and economic option.

Cash Being Used More as Store of Value, Not for Transaction

If use of cash in transactions & consumption is getting replaced by use of cards and other payment methods, then why is cash in circulation growing? The BIS study suggests that cash is being “increasingly used as a store of value rather than for payments.” For instance, it shows that the growth of large-denomination notes has been faster than that of smaller denominations in most countries since the Global Financial Crisis. This would suggest that people have been increasingly saving up stacks of cash in their homes to prepare for a rainy day.

However, there are also other plausible explanations. If people are saving up money for an emergency or a bad economy, they have little reason to not put them in a safe bank account, which tend to be guaranteed by their governments in most cases. If, however, an increasing amount of cash in large denominations is not being deposited and is remaining circulation, there could be real use cases of cash that are not being tracked officially. Cash, especially those in large denominations, historically has been associated with the darker side of the economy, with India actually banning its large denominated currencies to fight corruption. 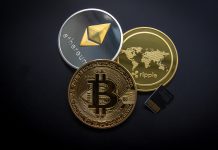 The Right Time for Motherhood: Financial Decisions to Consider