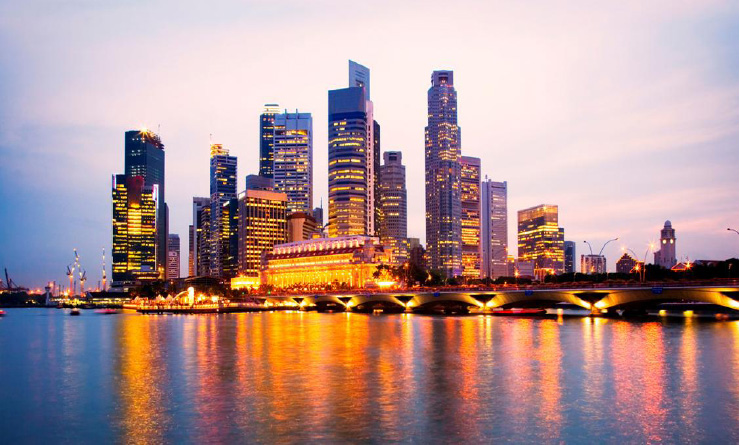 2020 is just around the corner, where is the Singapore property market headed and what can we expect? Amidst all the year-end trips or gatherings with our family and friends, let us take a moment to ponder this question. I’m sure a good number of you are also eagerly awaiting your bonus and already thinking of what you can do with the spare cash. Perhaps with the money you’ve put aside, you can plant the seed for future returns.

On that note, let’s get the discussion started. Read on to find out my thoughts about the year ahead. And I would love to hear your thoughts too, leave a comment below or PM me what you agree or disagree with this article!

2019 has been a year of ups and downs. The global economy has its instabilities with US-China trade wars, tensions between Japan and South Korea and the whole Brexit ordeal looming over Europe. More mass protests are taking place the world over in any time in history, notably in Chile, Venezuela, Lebanon, Iraq, France and nearer to home, Hong Kong.

The Hong Kong protests have been a continuous fixture of concern as the protest, started in July are growing increasingly violent. With such uncertainties, Singapore appears increasingly attractive given its resilience and stability. We even made it to the top of the list for real estate price increase in 2020!

End of Year Numbers and Trends

With the end of the year approaching quickly, here are some of the trends gathered in the previous few months/this quarter:

Although the demand for properties has been relatively robust following the introduction of the latest round of cooling measures in July of 2018. Would this demand hold up in the face of the unprecedented number of new launches this year?

As you can see in the chart below, the take-up rate (the line) has been rather tracking closely to the units launched by the developers (the bars).

This healthy demand could be due to the tight labour market, fairly robust household balance sheet and low holding cost afforded by the low interest-rate environment. Without going into too many details, the other factors that I’ve identified are waves of HDB upgraders (watch out for my future article on this topic), en bloc money and flight to safe-haven and safe assets.

With a meaningful volume of transactions, we can then take a look at where prices are heading. Prices have fluctuated by -0.7%, 1.5% and 1.3% for the first three-quarters of this year. And when compared to the third quarter of last year, 2018, prices have increased by 2%.

As of the end of September 2019, there was an unsold inventory of about 32,000 units. To put that into context, the historical average number of unsold units hovers in excess of 25,000 units, with the lowest ever number recorded in 2017, when it was around 18,000. Is that high? Or would our natural annual take-up rate of 8,000 to 10,000 units take care of the excess in just one to two years, assuming little or no excessive new supply?

Where do you think the prices will head? My take is that prices will continue to follow the trend of the last few quarters for the first half of next year. Thereafter will depend on the usual suspects like election performance (Singapore’s) and other major election outcomes. The resolution or exacerbation of trade tensions and the various mass protests. It doesn’t help that the economic cycle is long “overdue”. Would the recession be shallow or a deep one?

Next, let’s look at another important segment of the market. From November 2018 to 2019, non-landed private residential rent has risen by 4.6% but still a long way off from the peak in 2013 by 16%. Nonetheless, the rental market has stabilised and recovered from its trough in 4th quarter of 2017. This is good news for property investors as the recent yield on properties is barely above mortgage interest rates.

Occupancy rates have also bottomed out, recording the lowest of 92% (very high by global standards) from 2014 to 2017 even when there is a steady increase in the number of units for rent. My opinion is that the flow of immigrants might have slowed in the last couple of years but will be picking up, possibly after the election, so as to keep pace with the target growth rate set for in our population plans.

Going forward, Singapore could benefit from multinational corporations possibly redirecting their offices in Hong Kong or the UK (check out my article on Dyson if you would like to learn more). Such relocation will result in a strong shot in the arm for our leasing market.

New launches are a common sight in Singapore currently. As you travel around Singapore, whether by train, bus or car, it is not usual to see an advertisement for a new launch or directions to the show flat. As we covered earlier, the unsold units are higher than the past averages, however, seeing as the take-up rate is still pretty healthy and the $psf pricing making ever new highs, is this sustainable?

With an abundance of choice in the market, property developers in Singapore are upping their game to stand out from their competition. New launches are popular among Singaporeans not only for their features and amenities but also their potential for capital appreciation and as an investment. With $psf so high and so far detached from resale condos, is it still a wise choice? And with the plethora of choices, how do you choose? This is a whole topic unto itself, maybe for another day!

This is by no means a new phenomenon, it probably started as far back as 10 to 15 years ago. And really became intolerable and invited lots of complaints resulting in the authorities implementing certain rules to prohibit sales of “wasted space” like bay windows, or overly large balconies or roof terraces. The latest announcement from URA concerning this aspect was in October 2018 when it raised the average minimum size of apartments to ensure that they are more livable.

There is no mystery as to why smaller units are more popular. As $psf is increasing at a fast pace, incomes are sometimes lagging behind, thus in order to make new launches affordable, the developers are resorting to apportioning a greater share of smaller units in their unit mixes.

However, this rise in $psf can’t immediately translate to the resale market as the sizes of older properties tend to be larger and the meteoric rise of the $psf is pricing units out of reach of buyers.

Since the aforementioned URA guideline will take effect for new development applications submitted on or after Jan 17, 2019, it will be interesting to see how sales will be like for these newer developments.

Following up with what we said earlier in this article as the world becomes more turbulent, Singapore appears even more attractive to wealthy investors. Another factor adding to this allure is also our strong currency. Did you know that the Singapore Dollar is one of the only four currencies in the world that appreciated against the USD in the last decade?

We love being the top ranking in lots of things, don’t we? Jokes aside, these rankings are a testament to Singapore’s attractiveness to foreign investors and businesses. Being number one and two for the most competitive economy and easiest place to do business respectively means many multinational companies have or would want to have a presence here. This will, in turn, drive up demand for housing for their staff.

Our zero capital gains tax and political stability appeals greatly to investors looking to secure and grow their wealth. Being a much smaller country and economy, Singapore attracted $76 billion and $78 billion in 2017 and 2018 respectively as compared to $134 billion and $139 billion for China!

There seems to be a growing international attractiveness of Singapore as a place for property investment. This is especially so with the standout case of Dyson moving their family office to Singapore, along with purchasing two residential properties.

There are also numerous notable investments by wealthy individuals that didn’t quite make the headlines, happy to share them with you when we meet. With many attractive qualities such as those listed above and many more, Singapore is a hot favourite among other countries and foreigners to do business with, visit and more.

# In Conclusion, Property Market is Broadly Stable, for now

All in all, the prospects for 2020 looks good. Although it is still unpredictable given the uncertainties of the global and regional circumstances, at least for now, there are some grounds for there to look upon the property market positively.

The Big Question: To Buy Or Not To Buy?

Take this as an example. A recent article revealed that 6 in 10 Singaporean millennials are saving over 20% of their salary. Yet, many predict themselves to not have much funds down the road after eventually taking on financial burdens like homeownership, marriage and having children.

However, there are many possibilities that people can tap into. For instance, two millennials can pool their savings to co-invest or people whose parents have a sizeable saving can tap on that (such as to loan from their parents first) to jumpstart their property investment. You can check out my YouTube channel to learn about these strategies and more.

It’s cliche but as they say, when there is a will, there will be a way.

We’re lucky to be born in Singapore, home to many conveniences, privileges and luxuries in life. When a good platform has already been set up for you, it would be prudent to take advantage of it and gain an edge. This is a great place to go into property investing indeed!

Best Asian CEOs in the world by Harvard Business Review