Home Countries Singapore Factoring in COVID-19, Is There An Oversupply Risk; How’s The Market Situation? 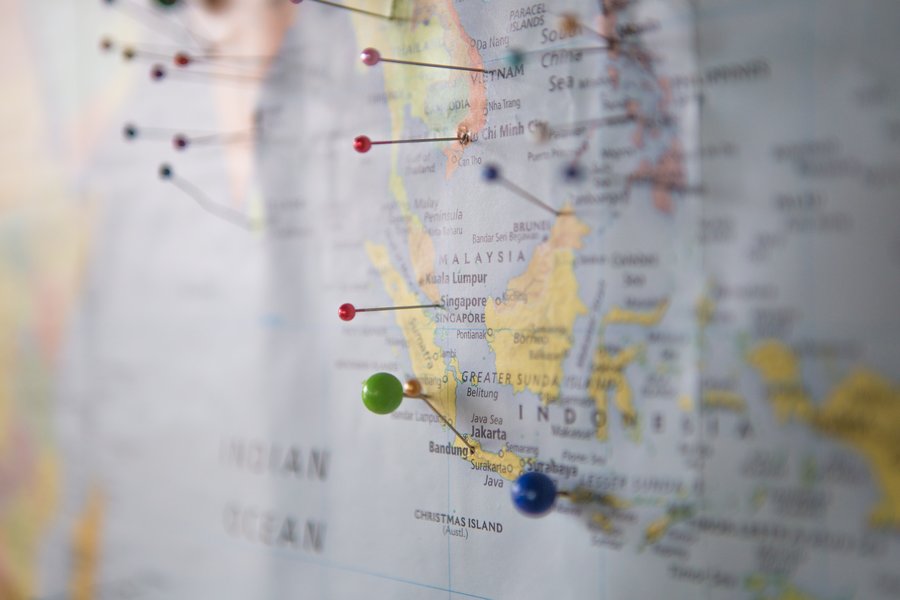 The recent months of fear and panic has seen much focus and attention drawn towards COVID-19 related news and content.

As of today and counting, Singapore has seen zero to a handful of new cases per day, and seemingly, everything is starting to come under control.

Indeed, just a few weeks back, there were elevated fear in the markets, panic buying of household goods and a retail scene as if the “Thanos snap” occurred in real-life.

While the West and Europe is starting to experience what Asia did a month ago – a rise in infections, Singaporeans appear to have acclimatised to their fears and are slowly resuming their routines as usual.

Last 2 weekends, we were reminded through 2 project launches that Singaporeans care more about good deals than fear the virus!

Parc Canberra executive condominium was 64% sold out on day 1. The M at Middle Road was 70% sold out on its first day of launch as well.

Such is the case that i parody a famous quote of Martin Niemöller:

“First they came for the masks, I didn’t queue up because I wasn’t panicking.

Then they came for the hand sanitisers, I didn’t queue up because I had soap.

Then they came for the toilet rolls, I didn’t queue up because there’s always water.

Then they came for the good property deals, and there was nothing left for me.”

Of course, this is written tongue in cheek.

There will always be good deals out there if we look hard enough.

But truly, underneath all this, we can tell what the actual pulse and market demand is.

It is RED HOT like burning amber beneath a layer of ash by which a slight gust whether in price, cooling measures or sentiments tweak can bring about a flurry of activity instantly.

Now, why is this so?

Underlying all the current noise, i opine that people are not lost on the fundamentals that are driving Singapore’s economy and property market.

And if you’ve had enough of negative news of late, here’s what is unfolding in the market today and some insights to ponder on.

Where in 2019, there was plenty of uncertainty about a US-China Trade War, there were also interest rate cuts that were in all likelihood done for economic defense reasons by the US – To spur domestic consumption and increase bargaining power against China.

No surprises where it goes to, with our people’s love for property and our nation’s perennial scarcity of land.

Money Supply ramped up towards the end of 2019

Further to that, in Q4 2019, we witnessed QE4 happening quietly under our noses.

In the United States, analysts were calling it yet another massive stimulus on par with the magnitude of QE1 during the 2008 subprime crisis.

This time round however, perhaps due to then distractions (Read: Trade War fears & Trump’s rambling), the global media was a lot quieter about it.

But what we can foretell from the effects of every period of “mass printing of money” is that it devalues the US dollar and the tide of money supply brings along waves of low interest rates for some time to come.

The question to ask ourselves is: Where does smart money turn to when currencies deflate in value?

Against this backdrop, it brings me to our main topic. Perhaps also the number one question on property seekers’ minds.

Let me bring you back in time to June 2013, when market sentiments were heavily battered due to the implementation of TDSR and multiple other cooling measures which was endearingly termed by the property industry as the “Mother of all Cooling Measures”.

From 2014 to 2016, we saw developers repeatedly lamenting to the Ministry of National Development on how dire the situation was for them, enbloc collective sales drying up and a lack of aggressive bidding at Government Land Sales programmes.

Everyone was focused and concerned about clearing inventory first so that they would not fall prey to ABSD and QC (Qualifying Certificate) penalties like some of their peers did.

Until, in Q2 2017, when unsold pipeline inventory levels dropped to a record low of 15,085 units, developers, especially those who were relatively young, aggressive and new to Singapore’s market, noticed that they had to replenish their land bank soon!

There was only sufficient unsold inventory that would sell out in 2 years time and they foresaw the return of a bull market exacerbated by insufficient supply.

And boy, were these early-mover developers right.

Buyers returned, emboldened by the diarrhoea of collective sales and aggressive bidding of Government Land Sales (GLS) and tired of waiting for years for prices to re-trace back to former lows.

Where was the black swan event that’s supposed to happen once every 10 years?
Where was the correction many wanted so badly?

Driven by the flurry of land banking deals, new inventory rapidly shot up to more than 50,000 units.

At that point, and inevitably, attention started to turn towards oversupply fears.

Let’s take a look at the numbers objectively and analyse based on 3 scenarios to decide if oversupply fears are warranted.

In the graph above, the past 9 years have seen an average of 12,381 new homes (excluding EC) sold per year. Based on that, our current unsold supply will sell out in less than 3 years (Before end 2023).

If we take reference from the last cycle’s replenishment threshold (15,085 units) at which developers began aggressively topping up their land bank, it takes less than 1.5 years for the trend of collective sales & aggressive land bidding to return; which means before 2021-2022.

Now, ask yourself: What happens to property prices during a collective sale fever stage?

Do they go up or down?

If the above scenario plays out, will we witness a robust recovery just next year?

But of course, we have to be conservative in light of the unfolding COVID pandemic and further black swan event possibilities.

In the scenario above, we project that volume for 2020 will be similar to what was sold in 2019 (At the time of writing, full figures for 2019 were not available. Actual figures came up to 10,104 units)

Based on a projection of 9500 units sold per annum, it will take less than 3 and a half years for current unsold inventory to sell out (Mid 2023) or less than 2 years before reaching the estimated developer’s land bank replenishment mark (Before 2022).

This forecast might still be too optimistic as no one is certain how events will pan out for the rest of the year.

So let’s take an even more conservative view.

If the economy and sentiments remains subdued at this level for the next few years consecutively (Which isn’t highly probable based on how things are currently planning out), we should see current unsold inventory selling out in 4.22 years time (By Q2 2024) or less than 2 and a half years before reaching developer’s replenishment mark (Before 2023).

As you can see from all 3 scenarios, except if the current crisis were prolonged or compounded by another crisis (As in the case of the Iraq War & Oil Price Bubble after SARS in 2003), there is a low probability that we are facing oversupply issues in the market.

As the majority of land banking was done in 2017 & 2018, most developers have up to 2022-2023 to sell out their launches completely; giving them ample time to allow the market forces to recover and stabilise.

Bear in mind too that the next time round, the psychological developer land bank replenishment mark is likely to be higher than 15,085 units as population and competition from new local and foreign developers would have increased by then.

In Part 2 of this series, I will further discuss why developers have been calling for a review of the property curbs, when the next en-bloc wave is most likely to begin again and why new and resale property prices in the private and HDB markets are likely to reach new highs again soon.

This article is contributed by Stuart Chng, Senior Associate Executive Director of OrangeTee & Tie, is a renowned leader and personality in the real estate industry.He adores music and can play a few instruments decently without upsetting his neighbours. When not doing so, he enjoys pillow fighting with his son and coming up with silly puns which barely amuses his wife.

Professionally, he is a licensed real estate agent, investor, team leader, speaker and columnist for several property newsletters and blogs and is often quoted in media interviews on 938FM, Channel 8, PropertyReport, PropertyGuru and other publications. Throughout his career, he has helped many clients grow their wealth by selecting great property investments and managing their portfolios actively. Read his clients’ reviews here.

Career Savvy Up: How to Be A Cool Business Traveller

Antonia Da Cruz, GM of GuavaPass, On Getting Fit & Keeping Your Fitness Goals