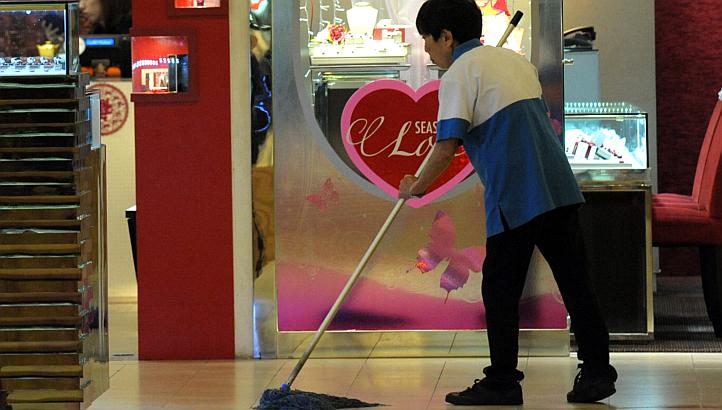 Although Singapore has one of the highest median incomes in Asia, incomes at the lowest end of the spectrum have been depressed for a long, long time.

How low were the lowest incomes in Singapore?

Before the Singapore Progressive Wage Model kicked in for cleaners in 2015 with basic monthly incomes of $1,000, cleaners were earning around $800 a month for years, without certainty of a raise and some even received pay cuts.

Even after the Progressive Wage Model is implemented, the same cause which depressed the incomes of the lowest earners in Singapore still persists.

The cheapness mentality that we practise on a daily basis (like visiting Qoo10 for daily time deals) also seeps into our work culture where we are happy (and even proud) to have saved our bosses an extra dollar.

But our fondness for saving company money at the expense of the income of your office cleaner, security officer or gardener may come with a heavy price: unmotivated overworked outsourced workers, high absentee rate and poor quality of work due to being ill-equipped to meet work demands.

What if others valued your income worth as cheaply as you value your outsourced worker?

Just the same way you wouldn’t want your boss to give you the lowest income possible (but to also look at your skills, experience and quality of work), why do you practise a cheap-first mindset in structuring outsourced contracts to vendors and their staff?

For example, if you work in the Purchasing Department, the source for quotations for your company’s work, or sit on your condominium’s MCST and have voting rights on tenders, choosing the cheapest option is often the modus operandi, no?

But if you were on the other side of the contract, you also wouldn’t want your boss to make you do unlimited changes to your work (like what this government body called a tender for), or force you to accept a pay cut or else lose your job (like what the managing agent of this school did to outsourced staff).

Are there alternatives to judging a worker or a vendor instead of just cost comparison?

Just like the way you hate your friends comparing salaries and sucking up to the richest, you also have other qualities which should be valued fairly, such as reliability, honesty, resourcefulness and being able to keep to your promises.

There are best practices in best-sourcing on the market today, but no clear prerogative or group will for companies to follow them.

What if the government sets the rules and trend for the private sector to follow?

What if the government updated the Government Procurement Act to set clear standards for contracts and outsourcing (which was mooted in the news recently by MP Zainal Sapari, whose own father was a cleaner)?

This would prevent contracts from having disproportionate penalties that are heavier than actual losses suffered by the client, and eradicate cheap-sourcing which depresses incomes of outsourced workers.

Knowing that Singaporeans like to follow the rules, I think it’s better to have a clear rule to follow (like when to queue up at banks for hongbao money) than no rule at all. At least make the fines reasonable.

Then maybe our fellow Singaporeans with the lowest incomes in Singapore, can also enjoy the taste of the fruits of our nation’s success.

What Are Derivatives? Why Do They Sound So Complex?

What Types of Funding Options are Available for Companies?