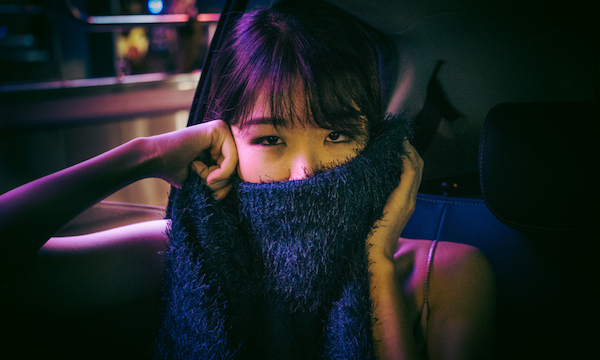 Linying first caught my attention with her elegant Chinese signature and her minimalistic chic website, LINYING _ 林颖. Offering a refreshing experience, Linying humbly presents herself to the world through her talented voice.

Art is meant to be seen.

Breaking into the music scene with a breath of fresh air, Linying has become a rising star worldwide. Her focus on EDM, folk and indie music has made several waves on Spotify in the last few years. Named a Spotify Spotlight on 2016 Featured Artist, Linying clinched a spot on Spotify’s global viral charts for her first single, “Sticky Leaves” in 2016. She is also the first Singaporean female artist who has signed a multi-rights deal with Universal Music Singapore and Nettwerk Music Group.

Catching up with Linying after her recent U.S. tours, we decided it is the perfect time to show a different side of Linying- a rising star who can inspire young women to follow their dreams through her brand of moving lyricism and elements of electronica, baroque pop, folk and alt-rock.

Keys to Succeed: Exploration and Creation

The New Savvy: Hi Linying, we would love to hear your story. How has your past shaped you to be who you are now?

Linying: I was truly dealt a good hand. I had a smooth-sailing and uneventful childhood that gave me plenty of space to explore the things I showed interest in, and it gave me the time and energy to be curious, which is what’s shaped everything I’ve ever looked for, found, and kept.

The New Savvy: Why do you do what you do?

Linying: I often wonder if I do it selfishly because I enjoy it so much and think that it’s the one thing I can really try my hand at, but I also know that however inconsequential my problems should have been: the disillusionment, the confusion, the loss, the heartache, the anxiety – they all felt real, painful and impossible then, and that songs, books and movies were what made me less alone in them.

I think that’s what I want most badly to do in music. Even then, I’ve realised that as much as I want to play a part in giving the consolation to others that songs gave to me, the process of creating them itself has come to be an essential part of my own consolation, my own coming to terms.

The New Savvy: Can you name a person who has had a tremendous impact on you? Why and how did this person impact your life?

Linying: My manager, Kevin – it really took his conviction and all the risks he shouldered for this project to be in the position it is right now.

The New Savvy: How do you define success and how do you measure up to your own definition?

Linying: On some days nothing really feels like a success and on others every little thing does. I’ve just more and more often found myself in a situation where I’ve reached a milestone that used to feel like a bucket list type pipe dream years before, but now with a greater understanding of what it takes to get there and what successes like these mean in relation to everything that surrounds it. I think I’d consider consistently getting from one point to another like this a success.

The New Savvy: What is your philosophy towards your work?

Linying: Honesty in all of it, as much of it as I can muster. 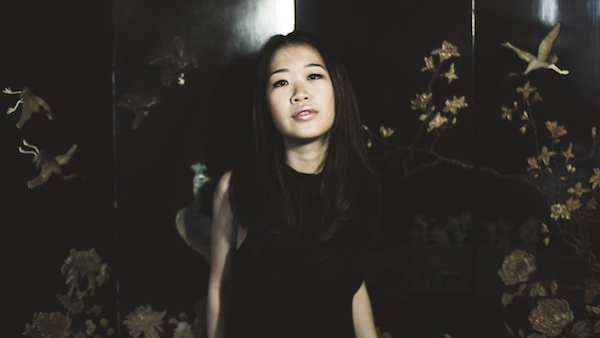 Stay True to Yourself

The New Savvy: Describe one of the toughest situations you’ve faced in this career. How did you handle/overcome it?

Linying: The most crippling moments early on came from feeling like I couldn’t find like-minded individuals who shared similar interests and tastes to collaborate with. I used to hate playing a show knowing that it could sound better than it did if only I was given the resources, the right instruments, the right band members, or trying to express musical ideas for my songs through freeware workstations that had 12 tracks and the worst-sounding virtual instruments.

There really was no way out of it, and I still don’t think that there is. But, I realise now that people see this too. People recognise work that speaks to them and they see potential even where its edges are rough. If they’re in a position to offer anything collaboratively, more often than not they will. The only thing for you to do is to make sure that your product, however unrefined, is at the very least in some kind of form accessible to the people you want to reach.

I’d say everything is impossible if you don’t try, but don’t forget that sometimes some things will be.

How to Be a Career Savvy Woman

The New Savvy: What is a skill that you think all women should learn and why?

Linying: Picking battles. It probably varies across industries. However, where fewer women are known to or have been given the opportunity to excel in their field, I would never want to leave room for anybody to reduce anything I’ve achieved of my own efforts to PC points that my gender is assumed to have earned me.

The New Savvy: What are your attitude and outlook towards personal finance? Has it changed from when you were in school and today?

Linying: When I first started saving in school I never let my balance fall below a certain amount and I’ve just stuck to that and made sure to keep raising the minimum as I go. Also, treat yourself but if you don’t need it, sleep on it.

Linying: A person may like pineapple today and something else tomorrow.

If you are curious to hear Linying’s voice, check out her songs here:

5 Fashionable Ways of Saving on Your Wardrobe Cost