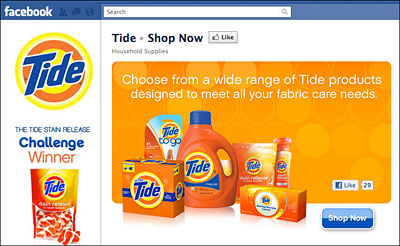 Today, we would like to draw a connection between two different pieces of news. First is Unilever acquisition of Dollar Shave Club for $1bn that we mentioned in “How Airbnb, Didi Chuxing, Uber, Jet.com and Dollar Shave Club Are All Related.” The second is a more recent news regarding the consumer goods giant Procter & Gamble and the internet giant Facebook. The WSJ reported that:

“Procter & Gamble Co., the biggest advertising spender in the world, will move away from ads on Facebook that target specific consumers, concluding that the practice has limited effectiveness… Marc Pritchard, P&G’s chief marketing officer, said the company has realized it took the strategy too far…Mr. Pritchard said P&G won’t cut back on Facebook spending and will employ targeted ads where it makes sense, such as pitching diapers to expectant mothers. He said P&G has ramped up spending both on digital sites and traditional platforms.

One category the company is scaling back: smaller websites that lack the reach of sites such as Facebook, Google and YouTube… P&G could be the bellwether on how consumer goods companies and big brands use digital advertising. Over the past year some marketers, specifically consumer product companies, have discovered they need to go “much more broad” with their advertising on social media sites such as Facebook, said James Douglas, executive director of social-media agency Society, which is owned by Interpublic Group.”

A side note: Some people are even exaggerating the news and spreading rumours that P&G is cutting its Facebook advertising budget. However, it is important to note that such is not true. P&G seems to be only scaling back on what it spends on highly targeted ads and moving that money to more general advertising on Facebook.

These two pieces of recent developments are highly interesting because they might be omens for a structural change in the consumer goods industry.

For a variety of reasons, it was important to create as little variety and as much publicity as possible. Retailers (i.e. supermarkets) did not want to deal with carrying multiple SKUs. Advertising venues were limited (i.e. # of channels on TV). Even production and development was somewhat difficult. Hence, companies focused on producing standardized products and making those products highly recognizable by spending a massive amount of money on media to “brainwash” their audiences.

And for decades, this approach worked phenomenally: the mass market strategy allowed companies to gain scale, produce good products at good prices, and sell profitably. No wonder why they are the biggest advertisers in the world.

Holding the brands that consumers desired, they consolidated market and increased their profit margins over time. In fact, companies have become so dominant that their profit margins are incredibly high. As long as they maintained consumer mindshare, they commanded the ultimate power and high profitability.

As our table below illustrates, gross margins of major CPG companies generally range from 40–50%, if not higher. To put it in common tongue, they make 50 cents of profit for every dollar they make.

That’s not all. Because these companies sell through middlemen called retailers, there are additional costs involved for consumers. Retailers essentially purchase products from brands and sell them to consumers at their stores.

As our table below illustrates, they generally add another 25–30% of profit margin. Together, CPG brands and retailers add about 60% additional costs to consumers. To illustrate, for a product that costs $10, the actual cost of producing the product would cost only about $4. The other $6 would be transferred to the brands and retailers as profits.

The internet is changing the game entirely. For instance, Dollar Shave Club launched in 2012 to sell cheap, good enough blades that cost only a fraction of Gillette blades. It made a superbly addicting video ad that went viral on Facebook and gained a 15% volume share in US razor blades market in only four years and in a market that had been utterly dominated by Gillette for decades.

Similarly, mattress startups like Casper have been growing rapidly by selling good quality mattresses online, at 30% of the price of mattresses offered by traditional players. In glasses, Warby Parker is blazing through the industry with a similar business model. The change isn’t limited to the mass-market/low-price segment. High-end is becoming ever so refined, with startups like Harry’s offering old-fashioned razor blades with a custom design to cater to those who are willing to pay the premium for a more personal experience.

Two things are at the core of this dynamic. First, the internet has made distribution extremely cheap, such that selling no longer necessitates a middleman (i.e. a retailer), and hence lower cost. Second of all, advertising has become incredibly effective and cheap because of Facebook and its incredible set of data, making potential customers extremely easy to find.

People no longer have to buy land and build stores to sell goods to consumers. They can just set up a website (or a Facebook page), try to go viral on Facebook (or find a niche audience on Facebook), and sell their products! Not only can these upstarts offer better value to consumers, they also leverage Facebook’s highly effective advertising infrastructure to deliver personal stories and appeal to specific audiences.

What we are seeing is what I like to call “disappearance of the middle.” The “mass market” in the traditional sense is disappearing; it is being replaced by a much more affordable, even more, “truly” mass-market segment on the bottom, and being squeezed by even more “tailor-made” high-end market on the top.

It signals that not only are major CPG companies possibly making too much money for what they do but also that their business model of broadcasting a “one-size-fits-all” marketing campaigns is incapable of exploiting the data goldmine available on Facebook and tailor to different kinds of demand.

This implies two things. First, it’s easier than it has ever been to start your own business and be successful. Cost of setting up a store has been essentially driven down to zero, and cost of advertising has also been driven down massively. Secondly, it may be advisable for entrepreneurs and small business owners to follow a certain strategy.

Either 1) target markets where few incumbents enjoy extremely high margins, you have the ability to manufacture products and keep price extremely low, or 2) make a superbly special product (super niche or super luxury experience) that is highly targeted for certain groups of customers. It seems such trend is starting to happen already, but there is plenty of room for more.

Insurance Checklist in Singapore – What You Need To Know