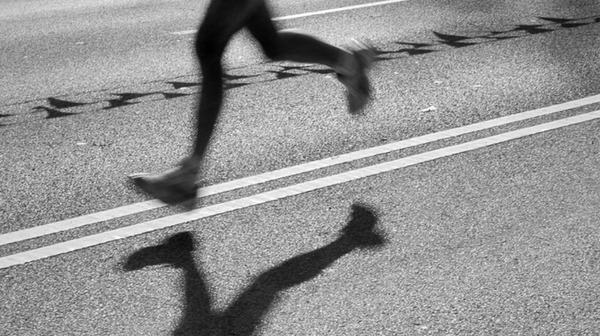 As sad as it may be, we do not live in a vacuum. There are plenty of people who can think of a great idea. More than likely, even if you have a super great idea, there are probably a hundred people (if not thousands) who have thought about the same concept. If you are successful, many copycats will pop up to undercut your business. This is why execution is a critical component of starting a successful business. Let’s examine a few examples.

I really recommend reading the book “Shoe Dog” by Phil Knight, one of Nike’s co-founders. It is a refreshingly candid autobiography of Phil Knight, who describes every success, failure and danger that his team experienced while growing their shoe company with brutally honest details. The key takeaway is this: hustling to get stuff done, especially at times of crisis, makes a company great and successful.

Knight began a shoe-reseller called Blue Ribbon, and there seemed to be no “grand vision” of creating Nike when they first started the business. However, he was forced to evolve his company into Nike when Blue Ribbon was nearly forced to bankrupt sometimes. In fact, when he started his business, it looked like a terrible idea because there were dozens of shoe companies like Adidas that were already dominant. Knight and his team just outsmarted, outmanoeuvred, outhustled and outcompeted his competitors.

If you do some research, you can find numerous examples where a currently “legendary” company was neither the first nor the most well-known company in their field. Before Facebook, there were Friendster and Myspace. Before Google, there was Yahoo. The list goes on. What mattered, in the end, was more about how the team was motivated to take the extra step to get ahead of their competition all the time. If a shoe company can do it, almost anyone can.

However, it is important to keep in mind that just working hard is not sufficient. You should always make sure to exploit a structural advantage that you can use against your competition. This is where your idea comes into play.

Does that mean our idea is not important at all? No. In fact, an idea is an extremely important component in creating a successful business. Why? It’s because you need to have a firm belief in your idea to keep going, even when everything seems to be failing.

When you speak with successful entrepreneurs, you will hear a similar pattern repeat itself: everyone seriously underestimates the psychological pain and stress of starting a business. Not every successful business grows in an exponential (or even linear) growth curve.

There are days, weeks or even months where you will feel like your business is never going to grow, or worse, disappear.

“Will it work? Is our team good enough? Is our idea good enough?” Because of this constant battle with your mind, only those who have a firm (and maybe obsessive) conviction in their ideas can find the strength to press on. The idea in of itself won’t guarantee your success, but it’s the fuel you need to keep executing with everything you have.

There are few more things to keep in mind when evaluating your idea.  First, you want to assess if you have a structural advantage over the competition.

Do you know or believe something that others do not? Do you have a passion (i.e. obsession) and/or expertise in something that not many others possess? Can you create products more cheaply than others for a meaningful amount of time? Can a competitor easily take market share away from your company?

These nuanced differences can be meaningful in helping you to work, innovate and compete harder than your competitors. These are the concepts that help you develop a firm conviction in your business model.

In the end, it may seem like execution is more vital to success than the idea. However, one would be wise to realise that the idea is the fuel that drives one to be tenacious, diligent and creative in their entrepreneurial journey. The execution just means that you do anything and everything to figure out the best solution to every problem you face in running a company.

For Phil Knight, it was finding a factory in Japan to produce his shoes. It was finding a new lender to keep his company afloat when his original bank kicked him out the door. It was launching a new and untested brand Nike when his supplier tried to blackmail him. None of this planned when he first started his company.

Through good and bad times, he kept going full throttle to survive, grow his company and realise his vision of providing the best sporting goods to his customers. If you are considering launching your firm, keep these principles in mind, and be fully aware of both the extreme joy and dread you will encounter throughout your journey.

How To Make Extra Money Effectively

Are Friends Your Roadblocking your Financial Progress?

How to Improve Your Credit Score?