Home Career Entrepreneurship Funding in Singapore – Seed Capital, Series A, B and C 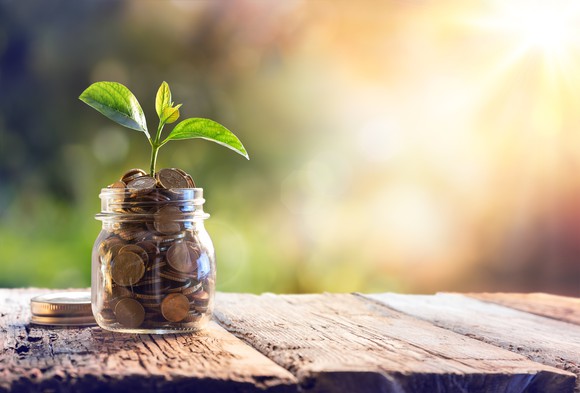 Seed Capital Series A, B and C: What are They?

Turning your imaginative idea into a reality will usually require money. Every entrepreneur needs to come up with some cash to get his or her small business on its feet, even if it’s just to register a trademark name or print the company letterhead and your business cards.

However, some companies rely on greater sums of money, and this is where your appeal to outside investors comes to the fore. Be sure you know what you’re talking about before you go out to supporters, and learn the terminology, starting with seed capital and the different levels Series A, Series B and Series C.

Seed capital is the initial cash that is used to get a new business up and running. The three different Series A, B and C are used to signify the phase a company has reached in raising additional money.

The main differences between the stages A, B and C include the type of investors, the purpose of raising the capital and the maturity of the business. The seed capital phase is always the initial one, followed by A, B and C rounds in that order.

The very name seed capital is quite motivational, as it allows us to picture a seed being planted at the start of the growth process. This seed takes on the form of start-up funding and will hopefully lead to the business grows over time, just like a flourishing tree or plant.

This round of funding is typically used to pay for initial market research and development tasks needed right at the outset. Who will use the product and what will the final version look like? These are among the questions that seed capital funding can get answered through paid research.

This round of funding is most likely to attract investors who are happy to get involved with a reasonably risky venture. It is still early days and no one knows enough yet to be certain of success. This means, of course, that those investors will be looking for a handsome return on their cash.

If all goes well, this stage will see the initial founder joined by a team that helps get the operation moving in the right direction. The amount of money raised in this round can vary widely, as each new company has very different needs at this particular stage.

Once there are clear signs that the business idea has a chance of being a success, the Series A funding can be used to optimise it. This is the point where the original idea is honed and turned into something that starts to look like a well-developed business plan.

This is a chance to get an additional investment that sees the company reach out to new markets or generate more income. The investors now will typically be venture capital firms and the level of investment can now reach extremely high levels.

You should now be thinking about how you can use this extra funding to achieve long-term success and a sustainable profit level.

By this point, you should be thinking about raising additional capital to move the business to the next level.

In Series B funding you are looking for investors to help you reach out to a bigger market. The venture capitalists should now have a clearer idea of what you have to offer and how much money your business could potentially make for them. The same investors might surface for Series B as did for Series A, although there are also firms that specialise in this later B stage.

You could perceive the Series B stage as being all about building on your early success. You might be bringing in new team members and working on aspects such as advertising, support and sales.

Again, the level of funding needed will vary widely and on a case-by-case basis. It will typically be similar to that of Series A in a lot of cases, although in other businesses far more might be needed to build a solid foundation for the future.

This round of investment is all about backing a business that has already proven itself to be successful and about looking to give it a bigger edge in the market.

At this point, the capital raised could be used to scale the business and to perfect the business model even further. The amount raised here can be a lot higher than that of the previous stages and can total seriously impressive figures.

There are a number of ways that the cash raised in Series C can be used to move the business to a completely different level of success. For example, it might be used to buy out a rival, to pay for a merger or to move into fresh new markets. It can also lead to an Initial Public Offering.

This is regarded as being a less risky type of investment than the previous funding rounds, so you can expect to see investment banks, private equity and hedge funds get involved at this stage.

There is little difference in a basic way these rounds of funding work. Essentially, investors offer cash for the company’s growth plans in return for equity in the firm.

The profile and maturity of the company in question will largely determine whether any additional demands are made by investors in each of the different phases.

If the seed capital and subsequent funding rounds are handled well, they will prove vital to the growth of the start-up by providing the money needed to give it the best possible chance of success.

Tips On How To Create A Business Website With WordPress

Battle Of Social Networks in Asia: Who Is Winning?

Save Money On Cheap Wedding Favours Guests Will Love

How To Cure “My Child Does Not Know How To Spend Wisely!” Syndrome With...