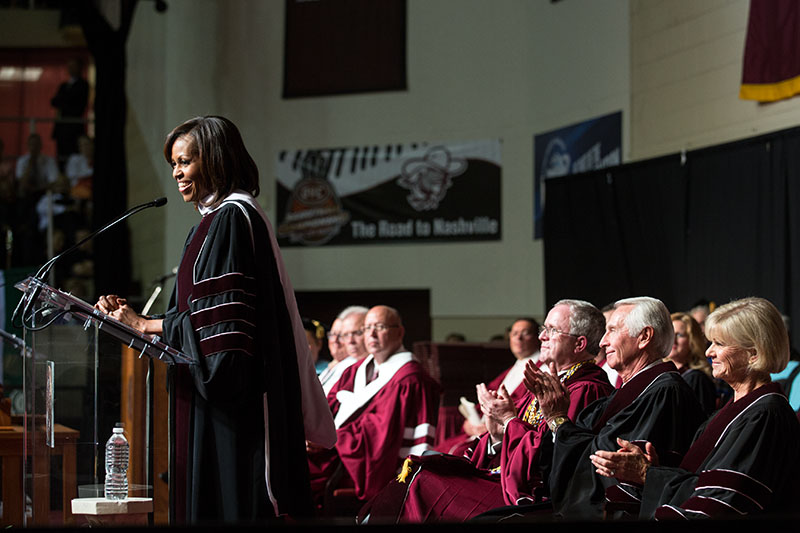 Commencements are among the most valued memories in a student’s life. It marks an end of a period in their life and is a symbol of their achievements.

However, some are luckier than most as they are graced with the presence of famous icons who would impart their inspirational message and knowledge to them. Of all these commencement speeches, however, there are truly those that stand out among the rest, and a number of these are made by the most distinguished and highly-acclaimed women in the world.

Let us walk you through some of the most inspirational commencement speeches by these ladies from which you can learn a thing or two.

On unpopular career choices or jobs that seem to be not on demand:

“I was convinced that the only thing I wanted to do, ever, was to write novels. However, my parents, both of whom came from impoverished backgrounds and neither of whom had been to college, took the view that my overactive imagination was an amusing personal quirk that would never pay a mortgage, or secure a pension. I know that the irony strikes with the force of a cartoon anvil, now.”

On understanding our parents’ mistakes:

“…I cannot criticise my parents for hoping that I would never experience poverty. They had been poor themselves, and I have since been poor, and I quite agree with them that it is not an ennobling experience. Poverty entails fear, and stress, and sometimes depression; it means a thousand petty humiliations and hardships. Climbing out of poverty by your own efforts, that is indeed something on which to pride yourself, but poverty itself is romanticised only by fools.”

“[S]ome failure in life is inevitable. It is impossible to live without failing at something unless you live so cautiously that you might as well not have lived at all – in which case, you fail by default.

The knowledge that you have emerged wiser and stronger from setbacks means that you are, ever after, secure in your ability to survive. You will never truly know yourself, or the strength of your relationships until both have been tested by adversity.

Such knowledge is a true gift, for all that it is painfully won, and it has been worth more than any qualification I ever earned.”

On reaching out to others:

“All I can tell you today is what I have learned. What I have discovered as a person in this world. And that is this: you can’t do it alone. As you navigate through the rest of your life, be open to collaboration. Other people and other people’s ideas are often better than your own. Find a group of people who challenge and inspire you, spend a lot of time with them, and it will change your life. No one is here today because they did it on their own… You’re all here today because someone gave you strength. Helped you.”

On admitting flaws and inadequacy: 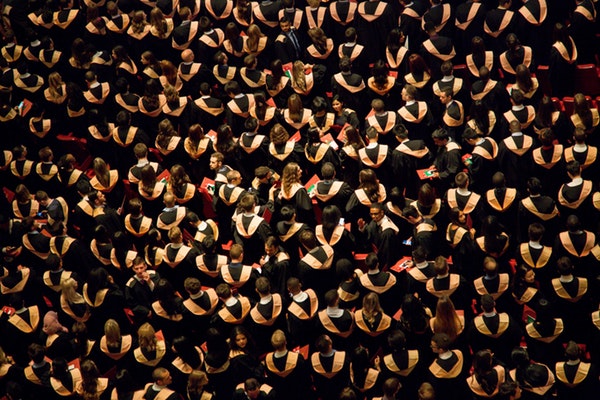 On learning endlessly, beyond the four corners of the classroom:

“The world has so many lessons to teach you. I consider the world, this Earth, to be like a school and our life the classrooms. And sometimes here on this Planet Earth school, the lessons often come dressed up as detours or roadblocks, and sometimes as full-blown crises. And the secret I’ve learned to get ahead is being open to the lessons, lessons from the grandest university of all, that is, the universe itself.”

On overcoming doubt and setbacks:

“There will be days when you will worry about whether you’re really up for the challenge. Maybe some of you already feel a little of that right now. Maybe you’re wondering: Am I smart enough? Do I really belong? Can I live up to all those expectations that everyone has for me?

….Your best-laid plans will be consumed by obstacles, your excellent ideas will be peppered with flaws, you will be confronted with financial strains as your loans become due and salaries fall short of both expectations and expenses, you will make mistakes that will shatter your confidence, you will make compromises that will test your convictions, you will find that there is rarely a clear and direct path to any of your visions. Then you will find that you’ll have to readjust again and again and again. And there may be times when you wonder whether it’s all worth it. And there may be moments when you just want to quit.

But in those moments, those inevitable moments, I urge you to think about this day. Look around you….There are thousands and thousands of hardworking people who have helped you get to this point, people who are celebrating with you today, who are praying for you every single day, and others who couldn’t be here, for whatever reason. I want you to think of the people who sacrificed for you-you know that — family members who worked a third job to get you through, who took on the extra shifts to get you through, who put off doing something important for themselves to get you to this day.”

On speaking up and standing up for what you believe in:

“Next time, ask: What’s the worst that will happen? Then push yourself a little further than you dare. Once you start to speak, people will yell at you. They will interrupt you, put you down and suggest it’s personal, and the world won’t end. The speaking will get easier and easier. And you will find you have fallen in love with your own vision, which you may never have realised you had. You will lose some friends and lovers, and realise you don’t miss them, and new ones will find you and cherish you. And you will still flirt and paint your nails, dress up and party, because, as I think Emma Goldman said, “If I can’t dance, I don’t want to be part of your revolution.” And at last, you’ll know with surpassing certainty that only one thing is more frightening than speaking your truth. And that is not speaking.”

“The first thing is I encourage you to think big. Studies show very clearly that in our country, in the college-educated part of the population, men are more ambitious than women. They’re more ambitious the day they graduate from college; they remain more ambitious every step along their career path. We will never close the achievement gap until we close the ambition gap. But if all young women start to lean in, we can close the ambition gap right here, right now, if every single one of you leans in. Leadership belongs to those who take it. Leadership starts with you.”

Cate Gutowski, GM of Commercial, GE Corporate, On “If You Can See It, You...

Rising SIBOR: Should You Refinance Their Home Loans Now?

The Rise of Homeschooling Over the Traditional School System