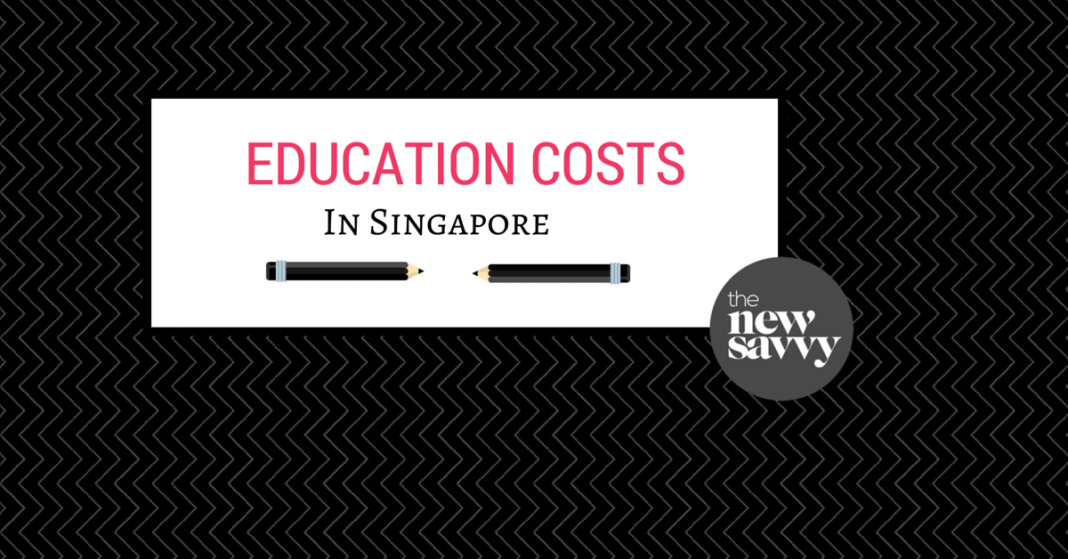 This is a follow up on How To Plan For Your Child’s Education Costs In Singapore (1/2) .

The cost of education up to secondary school has been relatively affordable unless of course, you’re a Singapore PR or foreigner, in which your child will be considered an international student.

Unfortunately, as the level of education goes up for your children, the Singapore government can’t defray all the costs.

Education Plan in Singapore For Singaporeans

Junior College (JC) is a 2-year course that potentially leads to university. Again as with the previous article, this category is subdivided into the government subsidised JCs and the independent, partially government-backed JCs such as RI, HCI, ACS (I) and SJI (I). It’s not an exhaustive list, but you understand what kinds of colleges entail being an independent institution.

As mentioned in the previous article, things are usually not as simple as it seems. In the modern climate of primary, secondary and JC education, there is no shortage of students who want (or need) extra external tuition to get an edge over others, even those from the elite JCs.

But as mentioned in our previous article, as the level of education increases for your child, the prices of tuition also increases proportionally. Thankfully in JC, the students don’t take nearly as many subjects as they do in secondary school Compared to a maximum of 12 in secondary school, students usually take on seven in JC.

Expect about $1000 or more in external tuition costs if you think your child needs it to excel a little more than he/she could without. Otherwise, at this point in time, students who opt to enter JC would be more self-motivated to study for the betterment of their grades. Thankfully, the teacher to student ratio is also much better than in secondary school, resulting in a much better consultation time. The other alternative route for post-secondary education would be entering a polytechnic. Polytechnics are institutions that offer diplomas in three years instead. Typically, most graduates of polytechnics are certified as work competent, and are able to immediately join the workforce should they so desire to. The boys will have to serve National service [NS] for two years before being able to join the workforce or continue their education

A polytechnic education is typically much more expensive as the system is rather similar to a university tuition fee system. Per academic year, Singaporean students can expect to pay around $2600, or about $2700 inclusive of any miscellaneous fees, transport and other fees that can be incurred throughout the year.

Do take note that this fee is already considered as subsidised by the government. Multiply that by the 3 years in polytechnic and the educational costs will run close to $10,000 (that is assuming that your child does not retain a year in school due to failing the modules or some other reasons)

The good news is that there are scholarships available for students based on merit up for grabs. Some scholarships are also bond free and offered by the polytechnics themselves – these typically defray the tuition fees for a year completely (i.e. you won’t have to pay the $2600 at all!).

There are also tuition grants available; these grants allow for a highly subsidised rate of education (which is the $2600 you see above). Without the tuition grant even for Singaporean students, the tuition fees per academic year can go up to almost $20,000!!

As an important note, if your child intends to enter the Polytechnic, PLEASE BE SURE TO FILL IN THE TUITION GRANT SUBSIDY FORM CORRECTLY. .For the university education, it will be further subdivided into several components – local universities (NTU, SMU, NUS), private universities (SIM, NAFA, LASALLE and the various others), as well as the overseas universities (Australian universities, American and even some European ones)

For local universities, it is often the most coveted prize in the eyes of many JC students. In fact, if you were from a JC, it wouldn’t be uncommon to hear classmates be excited to enter into a field that they have a great interest in (i.e. Law, Medicine, Business, Engineering and the like). You might have even heard your teachers mention their alma maters and how they had such a wonderful time there!

Thankfully for local universities, it is also one of the most subsidised institutions for Singaporean students. Different courses in the different universities all have differing course fees, but most would be in the range of $3000-$5000 unless the course coordinator specifically mentions a different fee.

As such, to plan for your child’s entry into a local university, assuming a 4-year stay, it would typically cost around $40000, give and take about $8000 for any miscellaneous fees and possible exchange expenses.

Of course, there are also tuition grant loans available for your children; typically these loans would allow for a student to pay about $2000 or less per semester, and the loan can be paid for after their university graduation when they have found work in the workforce. These loans also are typically interest-free for about 5 years (inclusive of the 4 years study they have), and it would be wise to pay off the loan before the principal starts accruing any interest.

There are private universities in Singapore as well. For SIM University, the tuition fees typically range from $30,000 to $33,000, not inclusive of administrative and miscellaneous fees, or the 7% GST. This will cause the fees of their courses somewhat higher than the fees of local universities. This is a major sticking point for planning your child’s educational plans for the future: it would be great if your child can enter a local university in Singapore. If not, expect to foot a slightly higher bill for their post-secondary and tertiary level education. Australian universities are widely popular amongst students whose families have enough funds to send them there. However, in Australia, unless your family or child has a PR status there, expect the tuition fees to reach as high as A$50,000 or even more, not inclusive of accommodation, miscellaneous fees and various other potential costs. This is because we are considered foreigners and thus, our children are considered international students.

UK universities are also quite popular amongst Singaporean families. However, the key difference would be that most students who enrol in UK universities and colleges have some form of a scholarship to study and live there. If not, the higher cost of living combined with the tuition fees can make for an exorbitantly, prohibitive option out of reach for almost all average, working-class citizens in Singapore.

As a point of reference, the university fees in the UK can go up to close to $80,000 for international students! That amount, again, is NOT INCLUSIVE of accommodation, food or leisure. Unless you have a PR status in the UK or are well to do, or your child has the scholarship to study there, it’s pretty much out of reach for most of us.

If one has heard about the crazy inflated prices of university fees in the US, chances are you’d know that it is kind of pointless to send your child there unless a scholarship is provided. Even the local Americans are charged with the crazy, overpriced fees for their degrees.

– Why would an American education be pointless? Do not let your personal opinion sway your article. This is a factual piece vs. something you post on your blog. Talk about the cost of living, etc. like you have in the Aus & UK examples.

As an example, UC Berkeley has a total direct cost of about USD$27,820 for living on campus, and about USD$41,000 for undergraduate tuition fees, excluding miscellaneous fees.

That kind of money would honestly be better off utilised to invest and make a decent return on investment.

American citizens don’t pay nearly as much, but they pay about USD$9000 less than international students. That amounts to about USD$32,000 per year.

Education Plan in Singapore For Foreigners and Permanent Residents (PRs) It gets even worse for the non-Singapore students in the universities. For the local universities, PRs pay about $2000 extra per semester, and for international students, it is more than double the fees of the local students, ASEAN member or not.

Thankfully, the tuition grant loans are also extended to PRs and international students for both polytechnics and universities. The only condition would be that these students would be bonded to Singapore, and will need to work for a Singapore-based company for 3 years.

No matter the education path your child chooses to embark on, we cannot stress the importance of having an educational insurance or savings plan enough for your children! You could check with the various insurance firms as well as banks and ask for information pertaining to the long-term savings plan. Typically, these plans offer a higher interest rate as well (compounded!) which will work extremely well for you if the principal deposited is high, to begin with.

Say, for example, you initially deposit a principal of about $40,000 over 10 years (from the moment your child is born until 10 years of age). For the next 10 years, the compounded interest per annum is set at, say 4.75%. In 10 years (or 11 if your child enters NS), the compounded amount would reach about almost $64,000. This is not including any bonuses and monetary benefits that the bank or insurance firm would throw in as well.

The total amount could reach $70,000, more than enough cash to spare for any unexpected situation and works great as a buffer. In fact, if your child spends less than that in tuition fees, that money could be withdrawn for you to use!

It is of utmost importance then, to search for a firm or bank that offers great bonuses as well as a higher compounded interest rate that will help grow that money to as large a sum as possible for your child to fully be able to go abroad for exchange or whatnot, with the peace of mind that there will be enough money not to put a strain on your financial status.

How To Start Investing In Hong Kong Bonds

Equities 101: How to Invest in the Stock Market