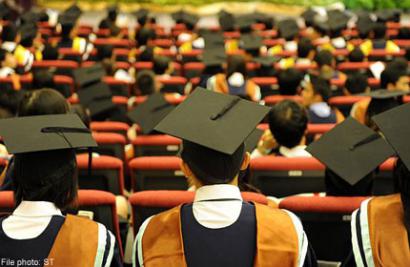 Inflation in the cost of education has been a big point of discussion in Singapore. For instance, a survey by the Department of Statistics showed that Singaporean families spent S$1.1bn on tuition in 2015, compared to S$650mn a decade ago.

While this seems like a big jump, such report doesn’t provide the necessary comparisons to put these changes in perspective. For instance, prices have increased for many things like food, transportation, housing and labour, not just education; inflation is a natural part of our economy.

Therefore, it’s unclear whether education cost has increased just as much as general prices and income level; if this were true, education could be just as expensive as it has been in the past. Other explanations are also possible, such that while education itself has not become more expensive, families have begun to pay for more afterschool classes, contributing to the increase in education spending.

In 2007, there were three major universities in Singapore: National University of Singapore, Nanyang Technological University and Singapore Management University. Back then, each school charged roughly S$6,000-S$7,000 of annual tuition for a general arts & science degree for Singaporean citizens with government subsidies (higher fees were charged for permanent residents and international students).

These three schools have increased their tuition dramatically since then, roughly by 38% on average. The biggest increase was at Singapore Management University, which now charges S$11,300 of annual tuition to citizens with government subsidies, a 51% increase. The other two schools have increased their tuition by 32% from S$6,110 in 2007 to S$8,050 in 2016.

Since 2013, two other institutions have been established Singapore. In collaboration with MIT, Singapore University of Technology and Design (SUTD) set up its campus in Singapore in 2012. A year later, Yale and NUS founded Yale-NUS program that began in 2013.

Consumer Price Index (CPI) is a measure of average prices of a basket of consumer goods and services, such as transportation, food and medical care. Simply put, it portrays how much prices have increased in the economy for an average consumer.

According to Ministry of Trade and Industry, CPI has increased by roughly 24% since 2007 and has been more or less remained stable since 2013. This is in stark contrast to average university tuition in Singapore, which has increased by roughly 38% since 2007 and 10% since 2013. That university tuition growth has significantly outpaced CPI growth indicates that not only has education gotten more expensive over time, it has also gotten costlier than most of the Singaporean consumers’ other needs like food and transportation.

This article originally appeared on ValuePenguin.sg

Finance For Couples: Pros & Cons Of A Marriage

8 Amazing Fitness Apps For All Personalities You Must Download